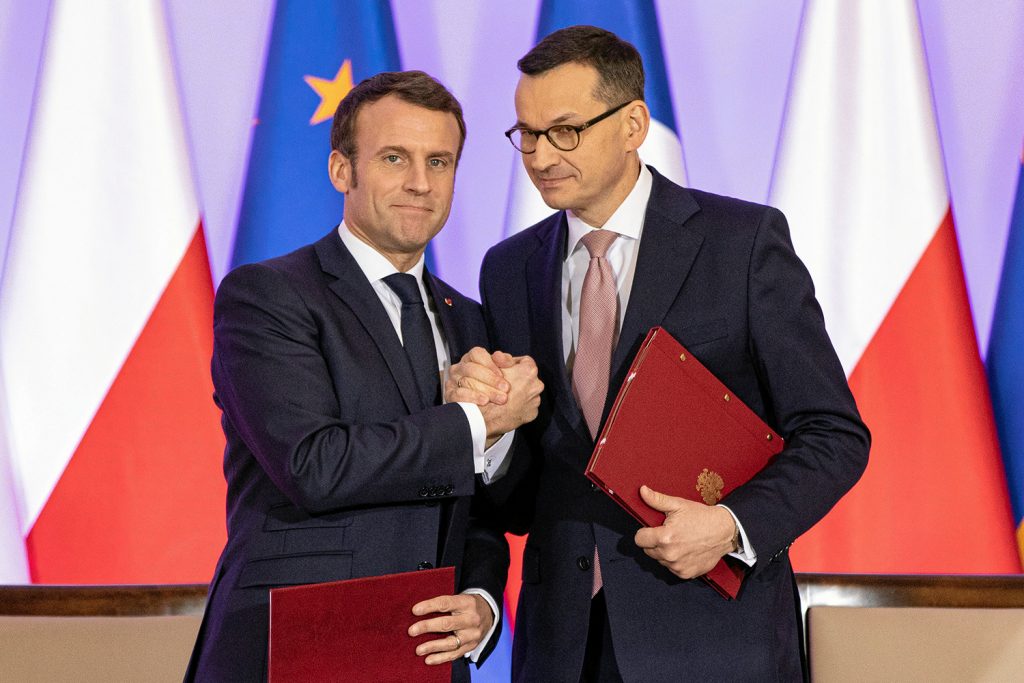 Have you ever seen a helicopter with forks for rotors? I saw one in 2016, in a cartoon that was shown to me at the French Ministry of Defense. A skilled photoshopper had decided to respond lightheartedly to the Polish Deputy Defense Minister Bartosz Kownacki, who, as the dispute over the Caracal defense helicopter contract descended into a bitter row, asserted that Poland had taught the French how to use forks.

When Poland announced in April 2015 that it would enter exclusive negotiations with Airbus to purchase fifty Caracals for three billion euros, Paris was enthusiastic. A year later, the mood had changed. After winning the Polish elections in October 2015, the Law and Justice (PiS) party criticized the previous Polish government’s decision. In October 2016, following more than a year of negotiations on offsets, and a few days before an official visit by then French President Francois Hollande, Warsaw ended the talks. The same week, it announced the purchase of Sikorsky Black Hawks.

In many respects, the “Caracal Affair”—which even has its own Wikipedia page in French—was a watershed moment in recent Polish-French relations. Despite initial reservations, the French Ministry of Defense had invested considerable political capital in Poland. Cancelling the billion-dollars sale of Mistral-class amphibious assault ships to Russia generated significant   goodwill in Warsaw. Some even construed the Caracal deal as opening the door to integrating Poland to Airbus.

Both the timing and the manner in which Warsaw ended the Caracal talks were seen as an affront in Paris, which responded by downgrading other elements of the relationship. Hollande’s visit was cancelled. Poland’s invitation to the Euronaval fair was rescinded. Things spiraled down from there.

Defense procurement is far from the only French-Polish bone of contention. Frictions points range from climate to the rule of law, from European labor mobility to Poland’s transactional approach to transatlantic relations with the Trump administration. Macron’s election in 2017 further highlighted the contrasts with Poland’s PiS party and set the stage for a contest of “progressives” versus “nationalists.” In a telling manner, Macron advised frustrated climate change activists to “go demonstrate in Poland!”

To be fair, France has also often turned a blind eye to Poland or been insensitive. When Central and Eastern Europeans backed the US invasion of Iraq in 2003, French President Jacques Chirac exclaimed that they had “missed a good opportunity to shut up.” This is a good case in point to understand mutual stereotypes. It reflects France’s suspicions that Warsaw would always do Washington’s bidding and be lost for Europe. Seen from Poland, it underscored the condescension of the older EU member states towards the (would be) new entrants. Poland is still too often associated to the infamous figure of the “Polish plumber,” which in French political imagery of the 2000s threatened to flood France’s labor market, in a role akin to the immigration debate in the 2016 Brexit referendum campaign. Arguably, “Eastern European” countries, as the member states that joined the EU in 2004 and 2007 are still too often called, are poorly understood in France.

Yet there now seems to be a desire to patch things up. Macron’s recent trip in Poland, on February 3-4, was significant. At the Jagiellonian University in Krakow, Macron delved in the long history of French-Polish relations, mused on the traumas of the 20th century and the geography of Europe, paid tribute to Solidarność (“one of the great miracles of freedom of the 20th century”), and, above all, called for European unity. He tried to allay fears by presenting his approach to Russia as neither “pro-Russia” or “anti-Russia” but as a “pro-European,” pushed back against Russian historical revisionism, and extended a hand on climate change to the coal-dependent Poland.

Macron’s visit is not a one-off event. Connecting the dots reveals an endeavor that is both longer term and concerted with other partners. At the December NATO Leaders’ Meeting in London, Macron reaffirmed his commitment to the security of Central and Eastern Europe and empathized with those Europeans that had felt been abandoned by their fellow Western Europeans on the other side of the Iron Curtain during the Cold War. On February 4, France, Poland, Germany, and Italy penned a letter to European Commissioner Margrethe Vestager advocating for an overhaul of competition policy to better face the new geostrategic environment. Looking ahead, Poland is set to be the guest of honor at this year’s Bastille Day, following the United States (2017) and “European defense” (2019).

In particular, the “Weimar triangle,” comprising France, Germany and Poland, seems to be back in fashion. Amelie de Montchalin, the French secretary of state for Europe, hosted her Polish and German counterparts in Lens on January 20. The ambassadors to NATO launched their own version of the triangle. As did think-tanks in Berlin. More importantly, leaders from the three countries are now heading towards a meeting in that format, for the first time since 2011.

Engaging Poland makes a lot of sense for France. Macron’s renewed dialogue with Russia is generating significant anxiety in Central and Eastern Europe, which could undercut his European agenda. With Brexit behind, Poland now weighs 8.5% of the EU’s population, giving it a quarter of the blocking minority (35 percent) under qualified majority voting.

Yet there is another pressing reason: as we enter an era of great power competition, the unity of Europe—and the unity of the transatlantic alliance—is a critical asset, which will be tested. Mending relations between East and West is part of the groundwork to bolster the political resilience of Europe.

Ironically, Kownacki’s fork of discord can also help paint a story of deep historical ties. The fork is sometimes said—though this is debated by historians—to have been introduced to France by King Henri III. Born to an Italian mother, Henri III was elected king of Poland and Grand Duke of Lithuania before ascending to the throne of France in 1574.

Looking beyond the anecdote, the story of the fork illustrate how France and Poland already inhabited the same political space, as far back as half a millennium ago. Western, Central, and Eastern Europe do more than share historical factoids. They belong to the same intermeshed multi-secular history, based on the same values and aspirations, which they have largely enshrined in the EU. Here, Macron is right: “What happened on May 1, 2004 when Poland and the “Eastern” countries acceded to the European Union was not an enlargement like a body that expands. It was a reunification.”

Maintaining that unity in the face of great power competition is the task that awaits the transatlantic community.

The German center does not hold

As Germans continue to come to grips with the political fall-out of the debacle in Thuringia and the selection of a new leader for the CDU, one thing is clear, the political stability offered by the dominance of the center-left and center-right that typified the Federal Republic of Germany is anything but certain in the months and years to come.