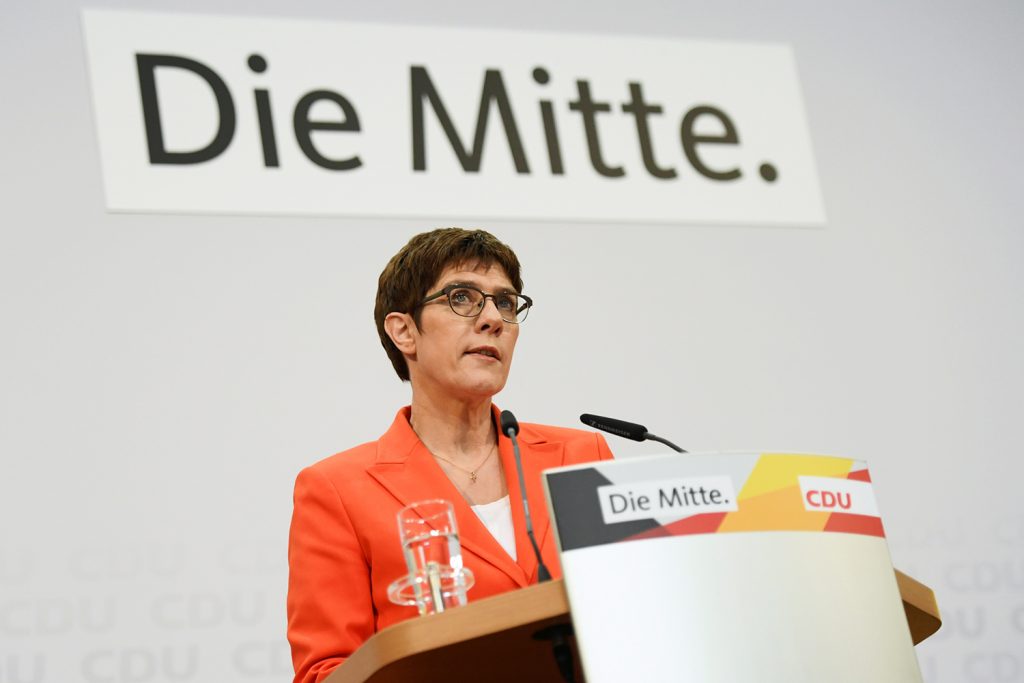 As the populist right gained power at both the state and federal level in Germany, there was an unspoken agreement amongst Germany’s political center that the far-right must be contained and ostracized. On February 5, 2020 that cordon sanitaire collapsed when Thomas Kemmerich, leader of the Free Democratic Party (FDP) in the federal state of Thuringia, was elected minister president with votes from both the center-right Christian Democratic Union (CDU) and the far-right Alternative for Germany (AfD). The political center of Germany moved quickly to repair the damage by calling for a new election, but a return to the good old days of political dominance by the German people’s parties—die Volksparteien—is in doubt and the debacle has already claimed the career of German Chancellor Angela Merkel’s chosen successor Annegret Kramp-Karrenbauer as CDU party chief, and future chancellor.

Across Europe the center-left has been in retreat for years. Britain’s Labour Party seemed to be the exception, until being destroyed by Prime Minister Boris Johnson’s populist Conservative Party in the UK’s December 12 election. In Germany, the center-right Social Democratic Party (SPD) pulled out all the stops to halt their stall and slide towards political irrelevance, but the trendlines are clear—Germany is moving more to extremes on both left and right, meaning more parties with a greater share of the vote resulting in more unstable coalition governments at the state, and eventually, the federal level. This change is due to systemic reasons leading to a fundamental reordering of the German political landscape. Chancellor Angela Merkel has been the bulwark against this repositioning within the German political landscape, but as the sun sets on her chancellorship, so too ends this period of centrism and stability.

Merkel, a member of the center-right CDU, carefully cultivated the politics of the center during her fifteen-year-long tenure in the Chancellery. Borrowing from the playbook of Tony Blair and Former US President Bill Clinton, Merkel reversed their mantras to create a “center-right Third Way”—picking off policy prescriptions from the center-left and incorporating them into government policy. The strategic goal for Merkel was the bridge the middle ground and simultaneously contain the post-Communist party Die Linke (the Left) and the far-right AfD. Governing in coalition with the SPD made the process of poaching center-left positions even easier and benefited the CDU in the medium term.  The move seemed to strengthen the center right and weaken the center left, but that was only part of the story. The move also eroded the base of the CDU who have become disenchanted with Merkel’s centrism. Some of those voters left the party and voted AfD. Others remain in the CDU/CSU union, but are very dissatisfied and would like to see the party shift back to the solid center-right.

Merkel is seen by many on the right as too sympathetic to left-wing and green political ideology. Her decision to end the domestic production of nuclear energy in Germany (die Energiewende) and the fact that she embraced the influx of refugees that hit Germany in 2015, imploring her fellow Germans to welcome the refugees with open arms, are two glaring examples to the far-right, and many of the center-right, that she has gone too far. For them, Merkel is—to borrow a US political phrase—a German “Republican in Name Only” (RINO): she identifies as conservative, but her policies are anything but. No wonder that the AfD went from polling at 3 percent in August 2015 to 14 percent in June 2016.  Not surprisingly, the constant political refrain of the AfD is “Merkel muss weg”—Merkel must go. Merkel’s handling of the Thuringian Parliament’s leadership crisis was also less than ideal. Her call to “undo” the results of the election plays directly into the hands of the AfD who have consistently argued that Merkel has no respect for the will of the people, and prefers forcing left wing policies—like the acceptance of migrants—onto the population. It is a talking point right out of the populist playbook used by the likes of Boris Johnson.

Annegret Kramp-Karrenbauer, Merkel’s hand-picked successor, represented (for the most part) a continuation of the Merkel status quo and was a way for the chancellor to secure the legacy of her centrist agenda. Her ouster following the debacle in Thuringia comes as she was unable to convince the CDU in Thuringia not to back Kemmerich for minister president using votes from the AfD. In western Germany, the CDU views the AfD as an anathema, but many in the eastern German CDU see limited cooperation with the AfD a necessity and thus the Thuringia CDU went against Kramp-Karrenbauer’s wishes, gravely undermining her power as party chief. The situation was particularly bad given that the AfD in Thuringia is the most xenophobic and ethnonationalist of all the AfD factions in the Federal Republic.

The resignation of Annegret Kramp-Karrenbauer as CDU party chief is the first serious head to roll as a result of the increasing power of the political far-right and a failure to hold the center. The next may well be Merkel who looked until recently to the be first chancellor in modern German history to choose her own departure date from office. The Thuringia debacle will hasten her departure from the seventh floor of the Chancellery, as the CDU now returns to a party leadership competition, aims to preserve the CDU/CSU values coalition, and revisits the idea of a splitting the party leader from the Chancellorship.

Kramp-Karrenbauer’s resignation seemingly paves the way for Friedrich Merz to become Merkel’s successor. Merz, sixty-four, is a lawyer by training, and was formerly chairman of the CDU/CSU Parliamentary Group in the German Bundestag. He is far more conservative than Merkel and is favored by the right of the CDU/CSU. Merz is also the favorite of German business interests. He challenged Kramp-Karrenbauer for the leadership of the CDU in 2018 only to narrowly lose. He then dutifully stepped back and supported the new CDU leader, winning him much praise.

Now, with Kramp-Karrenbauer out of the way the stage is set for Merz and his accession will result in an end to the centrist Merkel agenda. Merz was highly critical of the Merkel’s migration policy and he also took her to task on industrial policy and for the rising costs of energy. Merz is not the only man vying to become party leader, but he is perhaps the best known. Merz may also be the best defense against the continued rise of the AfD in Germany. Because he is a more traditional, hard-line conservative than other potential chancellors such as Armin Laschelt, minister president of North-Rheinwestphalia, and Jens Spahn, federal minister of health, he will make it challenging for the AfD to campaign against the CDU/CSU. In this sense, he may very well be the smartest choice to lead the CDU and post-Merkel Germany in the face of the populist onslaught from the right.

As Germans continue to come to grips with the political fall-out of the debacle in Thuringia and the selection of a new leader for the CDU, one thing is clear, the political stability offered by the dominance of the center-left and center-right that typified the Federal Republic of Germany is anything but certain in the months and years to come.

Professor Michael John Williams is a nonresident senior fellow in the Scowcroft Center for Strategy and Security’s Transatlantic Security Initiative at the Atlantic Council and director of the Program in International Relations at New York University.

Pressures from a new global economy and rising rates of migration have collided with the deeply rooted past of a divided Germany to make political predictability a thing of the past. Thirty years after the fall of the Berlin Wall, Germany is still grappling with a division— the Wall in the minds of the people, rather than an actual physical barrier of steel and concrete.

Germany’s social democrats look for a new face, but their problems are much deeper

A change at the top may not be enough to reverse SPD’s decline, as the party has failed to respond to structural changes within German society that have eroded support for the social democrats.

Is Germany going soft on China?