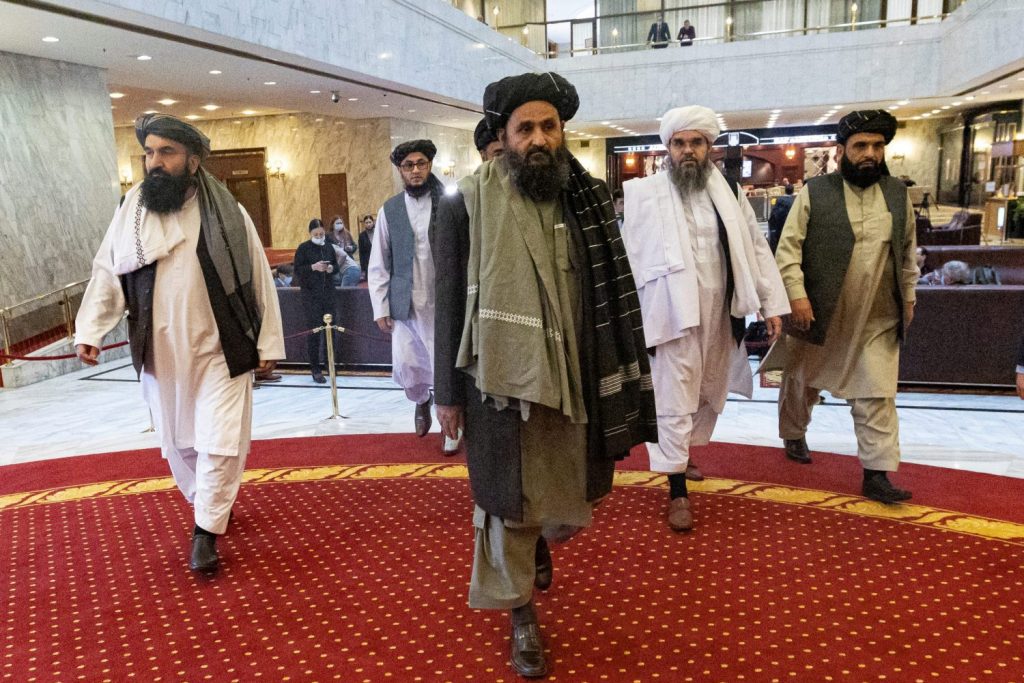 A new phase of regional cooperation is in bloom following US President Joe Biden’s decision to withdraw all US troops from Afghanistan by September 11, 2021, revitalizing efforts to develop consensus around common security challenges. Officials from Islamabad, Beijing, Moscow, and Tehran are meeting or plan to meet with the leadership of the Taliban and Afghan government, in addition to US Secretary of State Antony Blinken’s consultations with Afghan and Pakistani leaders and the March conferences in Moscow and Dushanbe, Tajikistan.

There can be no sustained solution to the Afghan war without a national consensus on a political roadmap for the country. Still, these regional efforts are a parallel and crucial phase of the political peace process because the conflict in Afghanistan is multidimensional. Each country in the region has specific interests that influence its engagement in Afghanistan’s future, and the relations of regional powers demonstrate the realpolitik at play.

In particular, Russia, China, and Iran have much to gain (or lose) from Afghanistan’s peace process. In recent years, they have been directly involved in Afghan politics: both formally, through state-to-state diplomatic relationships, and informally, through support to various political factions. Russia and Iran have become more proactive regional players in Afghan affairs since the start of the Afghan peace process in 2018. Additionally, China’s partnerships with these countries will further define the Afghanistan that emerges after the US military withdrawal.

In the context of great-power politics, Russia has consistently expanded its influence in Central Asia. The US troop withdrawal has further motivated Russia to expand its military presence in the region. Moscow’s engagement in the Afghan peace process and its involvement in regional platforms—particularly through the Troika-plus grouping of the United States, Russia, China, and Pakistan—has more to do with the threats it faces from Afghanistan’s insecurity, religious extremism, drug production, and drug trafficking. At this point, the primary concern of Russia and Central Asian countries is their own security; they want to be sure that Afghanistan’s post-US withdrawal insurgency or political instability will not cross their borders. Russia will likely find ways to work with the Taliban, which many expect to hold power (either formally or informally) in the new Afghanistan.

The US withdrawal and potential power vacuum that results in the region will allow Russia to establish a geopolitical foothold in Afghanistan. For this purpose, it has already started building relationships with Afghan political factions. Russia still sees itself as a regional hegemon and views the US departure as an opportunity to revitalize its role and expand its power by building alliances in the region, particularly with China.

Beijing’s major interest of securing economic gains can be achieved by using Afghanistan’s position as a regional connector in either the Belt and Road Initiative or China-Pakistan Economic Corridor. In addition, since 2007 China has been seeking ways to extract Afghanistan’s vast mineral wealth, which requires security and transportation infrastructure. None of this is possible without a stable Afghanistan, so China is still assessing the political landscape in Afghanistan and what it can gain from a peace deal.

Following the rule of “the enemy of my enemy is my friend,” both Beijing and Moscow are eager to undermine Washington. China and Russia are now more aligned than they’ve been since the mid-1950s. With a commitment to a strategic and comprehensive partnership, these countries will expand their political outreach to the region through bilateral and trilateral agreements, well aware that, historically, romances among global powers do not last for long. For now, both Beijing and Moscow will maintain a presence in Afghanistan to prevent the potential threats that instability in the country could pose to their security.

Though neither country wants an Islamic Emirate nearby, they may still agree to such a system if it serves their interests. That requires maintaining a relationship with the Taliban.

Like Russia, Iran, one of the most influential regional actors in Afghanistan, has always seen Afghanistan as a threat to its security but also as an opportunity to expand trade and accessibility to Afghan and Central Asian markets. Iran never wanted a long-term US presence in Afghanistan and has targeted the United States with both soft and hard power. Iran opposed the Bilateral Security Agreement negotiated between Afghanistan and the United States, while also supporting anti-US insurgents. Tehran has substantial security interests in Afghanistan and has fought Islamic State Khorasan Province there by sending its Fatemiyoun Brigade, which has recruited Afghan Shia fighters in the past. Iran will strive to maintain its access to the Afghan market, promote Shia ideology there, and address transnational threats such as militancy, drug trafficking, and insurgency. It tends to work quietly in the country, using soft power to spread its influence.

Despite their shared views about US troops, Russia doesn’t want a powerful Iran countering its own regional influence. Another concern for Russia is US-Iran rapprochement, which could undermine and marginalize Russia’s influence.

With the US troop withdrawal, Iran will have more direct influence in Afghanistan and will aim to protect its interests by building alliances with regional powers, particularly China and Russia. A deal signed between Iran and China promising $400 billion in Chinese investment is the second Chinese partnership in the region after China’s collaboration with Russia. Though the China-Iran relationship is growing, Beijing will be careful to not allow that partnership to risk its relationships with oil-rich Gulf Arab states.

Though deals between the regional powers might not have a direct impact on Afghanistan in the near future, in the long term they will influence Afghan power dynamics, especially considering that the China-Iran agreement includes deepening military cooperation through intelligence-sharing. In addition, these deals, if sustained, will strengthen cooperation between China and Iran, which, in principle, oppose US dominance in the region.

The China-Iran bilateral agreement and China-Russia comprehensive partnership create the conditions for a triangular partnership among all three countries, which could determine the security architecture of the region. China, Russia, and Iran likely would never invade Afghanistan, but they will use it as a battlefield for their strategic competition with the United States. Additionally, knowing that Afghanistan will face long-term instability, these countries fear that the US withdrawal will destabilize the region and present them with transnational threats.

In such a context, a continued US partnership with Afghanistan through development and diplomacy, intelligence-sharing, and other forms of cooperation would prevent Afghanistan from becoming a harbor for terrorists and allow Washington to maintain a base in the region to counter its regional rivals. To maintain regional order, multilateral diplomacy should proceed with US engagement—not abandonment—of the region.

In addition, the peace process should include Iran, Russia, and China so that they can negotiate their interests with Afghan political factions and offer their resources to advance Afghanistan’s peace and stability. This will ultimately serve the economic and security interests of everyone.

Nilofar Sakhi is a nonresident senior fellow at the Atlantic Council’s South Asia Center and the director of policy and diplomacy at McColm & Company.

The democracies meeting this week in Europe should signal continued concrete support for Afghans who do not share the Taliban’s worldview and who seek a peace without a Taliban-imposed regime.