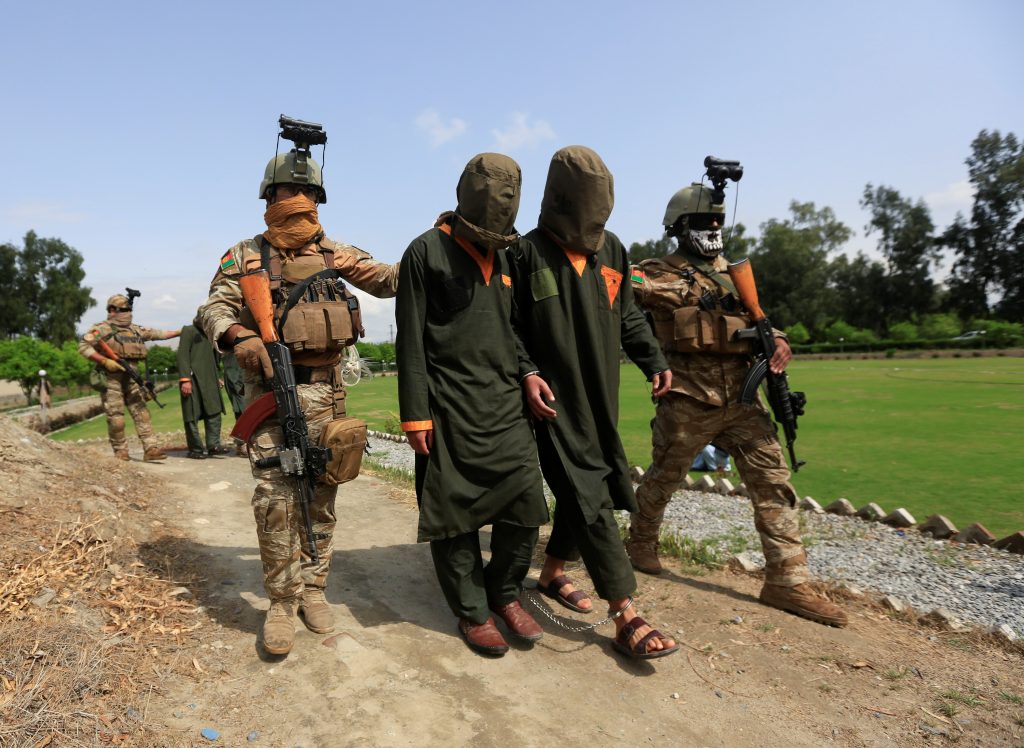 US President Joe Biden has a vitally important agenda in Europe this week. In Biden’s own words, “this trip is about realizing America’s renewed commitment to our allies and partners and demonstrating the capacity of democracies to both meet the challenges and deter the threats of this new age.”

While talk of a “new age” does not evoke a war launched two decades ago, the United States and those same allies and partners cannot ignore existing responsibilities to protect human rights and democratic principles as their relationship with Afghanistan enters a new era with a military withdrawal. That’s why Afghanistan must be among the top priorities for Biden’s meetings with Group of Seven (G7), NATO, and European Union leaders.

The United States and partner democracies must signal that they remain committed to the human rights of Afghans—including women and minorities, whom they have supported for most of the last two decades—and to active diplomacy in search of a sustainable peace.

Managing these Afghanistan tasks is a major test for US and partner diplomacy, and especially for the credibility of these democratic partners as they seek to revitalize a broader collective agenda.

Biden’s decision to withdraw US troops from Afghanistan was accompanied by commitments to remain engaged politically, supporting Afghans with economic and security assistance as well as with strong diplomacy in support of a peace settlement, as difficult as that might be.

The democracies meeting this week in Europe should signal continued concrete support for the Afghans who do not share the Taliban’s worldview and who seek a peace without a Taliban-imposed regime. The Taliban should understand clearly that they will be rejected if they don’t cease fire and negotiate a political solution that respects the basic human rights of all Afghans.

The problem is that the current message from the drawdowns seems to be that the United States and its partners are withdrawing politically as well as militarily. Drawdown confusion over everything from Afghan military equipment maintenance to securing the Kabul airport, combined with Taliban gains against Afghan security forces, raises serious questions about how support can continue to flow to Kabul. These challenges are damaging civilian and military morale among non-Taliban Afghans.

A recent United Nations (UN) assessment finds the Taliban is preparing substantial military efforts to take advantage of the US and partner drawdowns, and gain military and political leverage. The UN report also indicates that the Taliban maintains ties with al-Qaeda. Already, there is much speculation about whether the Afghan security forces can hold off the Taliban.

In recent conversations, Afghans who are not serving in the government but are part of the non-Taliban coalition have stressed the urgent importance of clear signals from the United States and its partners that they remain committed to supporting Afghan security forces and non-Taliban Afghans. There is an urgent need to bolster morale among members of the security forces who will need to resist expected Taliban attacks. These Afghans add that the Taliban is busy trying to divide non-Taliban leaders and security-force officers with offers of separate deals to be treated favorably under Taliban rule.

Continued assistance flows and diplomatic support are vital. The Biden administration is seeking additional spending for Afghanistan in its budget for the upcoming fiscal year, but a pledge of multiyear economic and security funding from the United States and its partners coming out of this week’s meetings in Europe would give a welcome boost to Afghan morale.

NATO could offer to host a meeting of members and partners that have provided security assistance to examine ways to assure that continued support gets to Afghan forces with NATO troops gone. The G7 and other donors could call for a World Bank-hosted meeting to reconfigure civilian and humanitarian assistance for the new realities of the years ahead without foreign troops. Donors could also give specific attention to the need for assistance to neighboring countries and the UN Refugee Agency to address the refugee flows that are likely with intensified fighting between Taliban and government forces.

The democracies represented in the G7, NATO, and EU meetings this week can make a powerful contribution to the search for peace by giving a strong and clear joint message that recognition for any future government in Afghanistan depends on maintaining protections for fundamental human rights—especially the rights of women, children, and minorities. It should be clear that there will be a high price to pay if those rights are not protected.

Russia’s support on Afghanistan, coming out of Biden’s meeting with Russian President Vladimir Putin, would be welcome. Russia, China, and others in the region, including Pakistan and Iran, must play constructive roles to achieve a sustainable peace and to avoid a more violent path for Afghanistan.

Strong messages from this week’s meetings in Europe in support of peace diplomacy, respect for human rights, and continued assistance to Kabul would give many Afghans needed hope to persevere over the challenging weeks ahead against an expected Taliban advance. Such messages would provide valuable momentum toward peace and away from chaos in Afghanistan as well as add credibility to a vigorous shared agenda among leading democracies.

Ambassador Earl Anthony Wayne was US deputy ambassador to Afghanistan and coordinating director for development from 2009-2011. He is also a nonresident senior fellow in the Atlantic Council’s GeoEconomics Center and a distinguished diplomat in residence at American University’s School of International Service.

Image: Afghan security forces escort Taliban militants, who were arrested by them, during a presentation to the media in Jalalabad, Afghanistan, on March 14, 2021. Photo via Parwiz/Reuters.