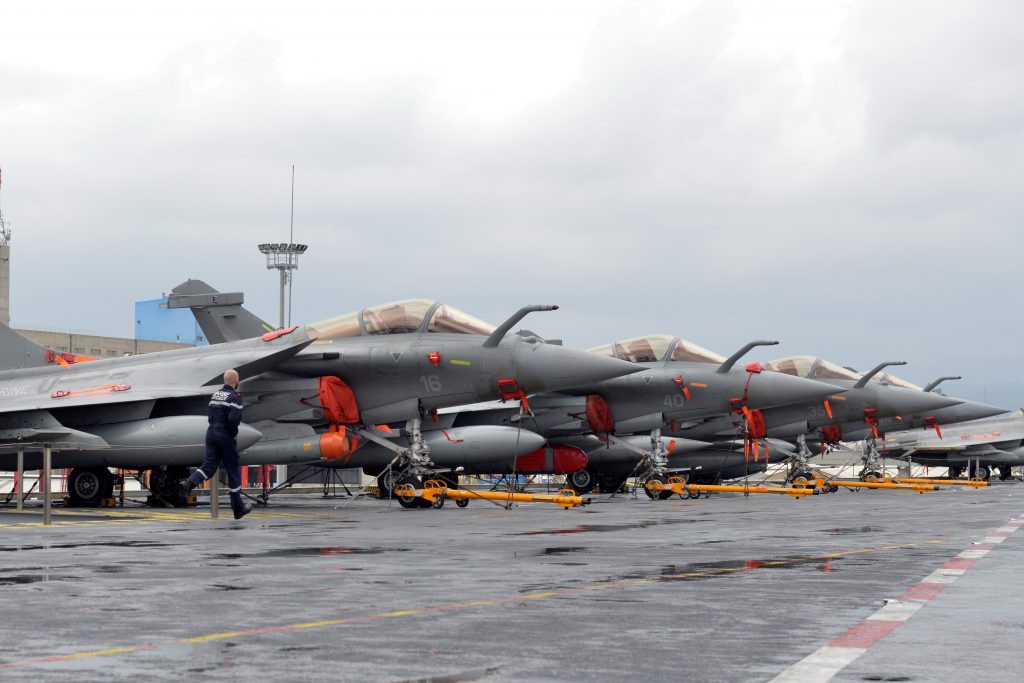 Criticism and finger-pointing have poured in from European leaders following the rushed withdrawal from Afghanistan that put an end to two decades of an American and NATO military presence there. But is Europe’s frustration with the Biden administration justified?

This could have been a moment for Europe to shine. In the 1990s, the European Union’s Common Foreign and Security Policy (CFSP) dramatically failed its first test in the Western Balkans. During the wars in Bosnia and Kosovo, the EU proved incapable of speaking with one voice and exerting political pressure on the parties to the conflict—forcing the United States and NATO to broker settlements. This prompted the EU to realize that diplomacy without military might is of no use and led to the development of the European Security and Defense Policy (ESDP), which was later replaced by the Common Security and Defense Policy (CSDP).

Almost thirty years and plenty of security and defense initiatives later, the bloc could have used the situation in Afghanistan to redeem itself. Yet when US President Joe Biden consulted European allies about the withdrawal, they all favored the move. They could have questioned Biden’s decision or voiced their concern in an April NATO meeting, but apparently no one did. Remaining without the Americans was simply unfeasible; once the United States completed its own withdrawal, the Europeans weren’t even able to protect the Kabul airport for a few more days to finalize the evacuation.

That’s because Europe still lacks the capacity to project hard power. On paper, multinational battalion-sized forces called EU Battlegroups, which allow the bloc to rapidly engage in autonomous military operations, could be on the ground as soon as ten days after a decision to launch them. But in reality it is much more complicated, with bureaucratic and funding-related hurdles having so far prevented their deployment.

If the European Union is to ensure a robust defense capability, it must commit to necessary investment in technology and capacity-building, as well as deepen coordination and expand cooperation with NATO and craft a strategy that sets clear, immediate, and enduring goals to face the threats of the twenty-first century.

Some member states are pushing for a new rapid-response force that would allow them to deploy troops in the name of the EU as long as a qualified majority (at least 55 percent of member states representing no less than 65 percent of the bloc’s population) votes in favor. But this would amount to a duplication of both the current EU Battlegroups, which have been fully operational since 2007, and the NATO Response Force (NRF). Both consist of highly capable, rapidly deployable forces to achieve immediate effects against a variety of security challenges.

It might be wiser for the EU to develop something it still lacks, and which would greatly benefit the NATO Alliance as well: a common threats perception and strategic culture. EU member states are already working on this by organizing workshops on all four pillars of its Strategic Compass—crisis management, resilience, capabilities, and partnerships—and involving EU institutions and outside experts. Bringing in NATO representatives at a time when the Alliance is also developing its own Strategic Concept could help ensure coherence between the two forthcoming strategies.

The EU should also move forward from simply discussing strategic autonomy and focus on setting real goals—both short- and long-term—that would allow it to become a better and more reliable partner. The EU and NATO are two sides of the same coin: They share the same values, interests, challenges, and (given that they have twenty-one common members) resources. They have far more to gain from complementing each other than from simply not competing with one another.

It’s becoming increasingly clear that China’s posturing will force both entities to work in concert to confront this and other threats—from transnational terrorist groups and migration along NATO’s southern flank to an increasingly provocative Russia. Growing cyber capabilities, sophisticated space and hypersonic weapons, and perfected “gray zone” activities below the threshold of armed conflict make NATO’s adversaries as formidable as anything the alliance has faced since its inception.

As NATO aims to complete its new Strategic Concept by the middle of next year, its leadership would be wise to keep these dynamics in mind.

Why cooperation is key

The world is trending toward strategic competition as advances in technology shake up international norms and behaviors, meaning the NATO Alliance must adapt to not only face modern threats but also to define and shape the world in which it operates. It must embrace its transatlantic nature and engage globally. This includes divesting from obsolete platforms, such as the Panavia Tornado combat jet, while also investing in cutting-edge technologies, such as autonomous systems and quantum communications, and ensuring through clear political will that great-power adversaries are effectively deterred through strength.

NATO should also ensure that the strengths of its individual members are amplified across the Alliance—whether it’s Estonian aptitude in cyberspace, German engineering, or American power projection.

Luckily, initiatives such as the EU-led Permanent Structured Cooperation (PESCO) can serve both the needs of NATO and the EU’s goal of strategic autonomy. With twenty-five of the twenty-seven EU member states and projects focused on everything from training and support functions to the application of military force across all domains of warfare, PESCO can significantly boost the EU’s power projection while simultaneously enhancing NATO’s operational capabilities across the continent and beyond. Among these projects, military mobility remains crucial to deploying troops and materiel in a timely manner.

In an excellent example of transatlantic cooperation between EU and NATO partners, the United States, Canada, and Norway are reportedly set to join a Dutch-led military mobility project within the PESCO framework, with significant benefits for both NATO and the EU. This move would make good on a 2018 Joint Declaration on EU-NATO Cooperation, which called for swift and demonstrable progress in military mobility, among other areas.

Such projects will improve interoperability and coordination, as well as sharpen the edge of the capabilities needed to deter, fight, and defeat the emerging threats of the twenty-first century.

As President of the European Commission Ursula von der Leyen noted in her 2021 State of the Union address, there are troubling questions within NATO that need to be addressed, but “there is simply no security and defense issue where less cooperation is the answer.” In this context, the lessons of Afghanistan must be learned and applied in the future. Stronger cooperation, interoperability, and a renewed push for solidarity across NATO and the EU will serve to strengthen not only Europe and the United States, but their allies and partners across the globe.

Federica Fazio is a visiting fellow at the University of South Wales and has worked on European security and defense for EU institutions and agencies. Follow her on Twitter: @fedefaziof

Nicolas Adams is a former US Army intelligence officer who completed several deployments to Afghanistan and currently works on national security policy on Capitol Hill.

Now is not the time for Europe to raise its defense spending or for NATO to extend its reach beyond Europe—especially into the Indo-Pacific region. Rather, it’s time to get back to the core focus of NATO.