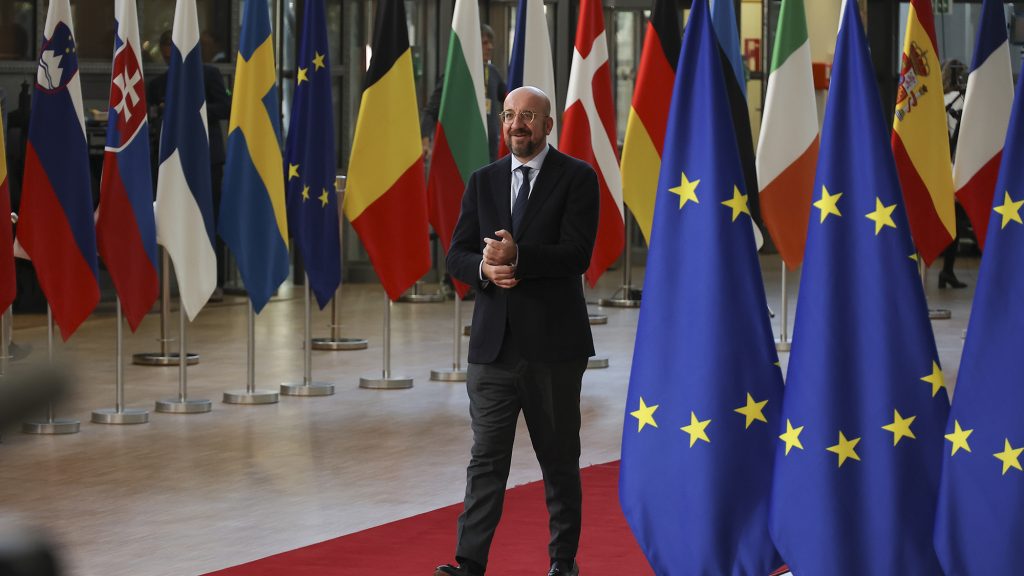 On Thursday, European leaders are gathering in Brussels for the final European Council (EUCO) meeting of 2022, marking the culmination of a year of upheaval and evolution for Europe.

The leaders of the twenty-seven European Union (EU) member states who make up the EUCO—which outlines the EU’s political direction—will face a demanding agenda. Discussions include Russia’s ongoing war on Ukraine, trade disputes with the United States, the continent’s energy crisis, and the accelerating economic downturn. The agenda itself paints a daunting picture of the biggest issues confronting Europe but also encapsulates the EU’s rapid evolution as a geopolitical actor. Heading into Thursday’s meeting, what can we expect from the European Council?

Europe has avoided the most immediate energy pitfalls but still faces internal divisions on energy security. At the start of this year, Europe’s energy dependency on Russia was a given. Within a few months, the EU has banned the purchase of Russian oil, introduced a price cap on Russian oil, and rapidly diversified away from Russian natural gas. The European Commission’s REPowerEU scheme with investments into alternative energy supplies, agreed to this year, has recently started to kick in. European countries’ natural gas coffers have also reached near-full capacity, meaning Europe has enough gas to survive the winter. But questions remain about the continent’s preparations for winters to come and fiscal policies. Finance too will take leaders’ attention. The Stability and Growth Pact, the EU’s mechanism that prohibits excessive debts from member states, remains suspended until the end of 2023. However, this meeting of the Council will likely feature debate on whether its eventual return to enforcement comes stringently or with flexibility as it concerns sustainable investments. Expect energy and finance issues to remain top-of-mind for all twenty-seven EU leaders, but it is unlikely that this European Council meeting will produce immediate solutions to some of Europe’s most pressing economic concerns.

2. Support to Ukraine stays firm but not above the political fray

Since the beginning of Russia’s war in Ukraine, Europe has put forth intense support to Ukraine. The EU and its members have cumulatively committed 51.8 billion euros in support—now roughly at parity with US commitments. The EU itself has pledged billions to rebuild Ukraine’s energy grid and delivered military equipment to Ukraine through the European Peace Facility, a first ever for the bloc. The speed at which this aid has been continually approved—requiring unanimous support from all EU members—is also a remarkable accomplishment for the usually slow-moving institution. European support to Ukraine has remained strong in general, but aid is not above being used as a political bargaining chip. On Saturday, EU representatives adopted a new eighteen-billion-euro package of financial aid to Ukraine after striking a last-minute deal with Hungarian President Viktor Orbán, who had blocked the deal over squabbles with the EU over its withholding of funds from Hungary because of rule of law and corruption concerns. Attention among leaders at the EUCO meeting will undoubtedly focus on securing further military and humanitarian support for Ukraine but will require negotiations and uncomfortable political trades.

3. Watch for movement on a new round of Russia sanctions

Like support for Ukraine, European leaders will continue to prioritize sanctions against Russia. EU diplomats are already discussing separately a ninth Russia sanctions package, which will target individuals responsible for missile strikes against civilians and place stricter restraints on dual-use goods, sanctions negotiations will follow from the from the EUCO. The EU is also expected to include Iran in this sanctions package, as Tehran continues to support Russia militarily—namely by supplying drones to the Russian army. While Russia’s fiscal revenues are beginning to fall due to economic pressure, there are increasing calls for the West to reimagine its sanctions policies. European Council President Charles Michel has called for EU countries to confiscate sanctioned Russian assets. Despite some proposals for more aggressive sanctions policy floating around Brussels negotiation rooms, expect the ninth sanctions package to offer few substantial changes from previous rounds of sanctions.

4. Transatlantic troubles could lead to a recalibration on free trade

The mention of “transatlantic relations” in the EUCO agenda sounds innocuous but really means a discussion on transatlantic trade, where relations are at a low point amid controversies around the US Inflation Reduction Act (IRA). The law passed this summer has many Europeans up in arms about US subsidies that they deem protectionist and harmful to European manufacturers. The IRA issue has dominated headlines on the US-EU relationship and hung over the third meeting of the US-EU Trade and Technology Council outside Washington this month. Michel hinted at his dissatisfaction with the IRA in his invitation letter to the members of the European Council by referring to the importance of European industry remaining competitive. While a trade war between Washington and Brussels will not erupt following the European Council meeting, European leaders will want to clarify how the EU should recalibrate its historical free-trade leanings in a global system where free trade can no longer be taken for granted.

As European leaders gather in Brussels for the final time this year, the continent continues to undergo a geopolitical transformation. The bloc has taken actions thought unthinkable a little under a year ago. European solidary, thought to be fickle, has held strong—flouting the strategic calculations in the Kremlin. But problems will persist. Mounting energy and economic pressures, coupled with diverging transatlantic trade policies, present challenges.

This European Council meeting presents European policymakers with the opportunity to signal both the political will and the direction Europe will take to address these challenges. The question will remain: Can the signals be translated into action?

Noah DeMichele is a young global professional at the Atlantic Council’s Europe Center and a master’s student at George Washington University.

Kristen Taylor is a young global professional at the Atlantic Council’s Europe Center and a master’s student at American University. 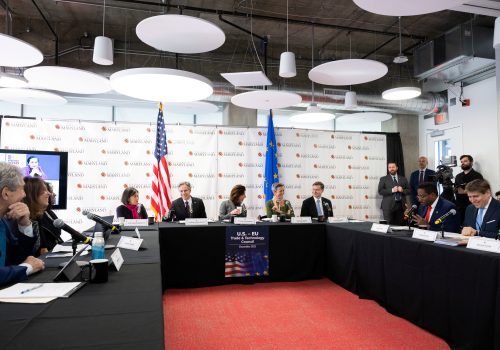 US Under Secretary of State Jose W. Fernandez on where EU-US trade cooperation is headed next

Fernandez joined a discussion at the Atlantic Council about the future of the EU-US Trade and Technology Council. 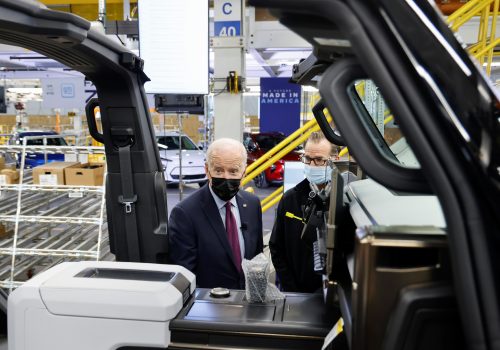 The TTC’s exclusion of the issues of greatest import in transatlantic economic affairs does not inspire confidence that it will prove to be a lasting institution. 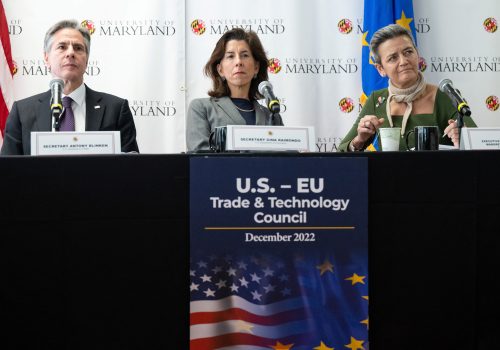 Monday’s TTC ministerial meeting did not make major progress on sensitive climate and digital issues. The council needs to evolve now to solve the toughest disputes.

Image: Charles Michel the President of the European Council arrives at the EUCO, the EU leaders summit while he is passing in front of the European flags and the flag of Europe, in Brussels, Belgium on 20 October 2022 Photo by Nicolas Economou/NurPhoto.