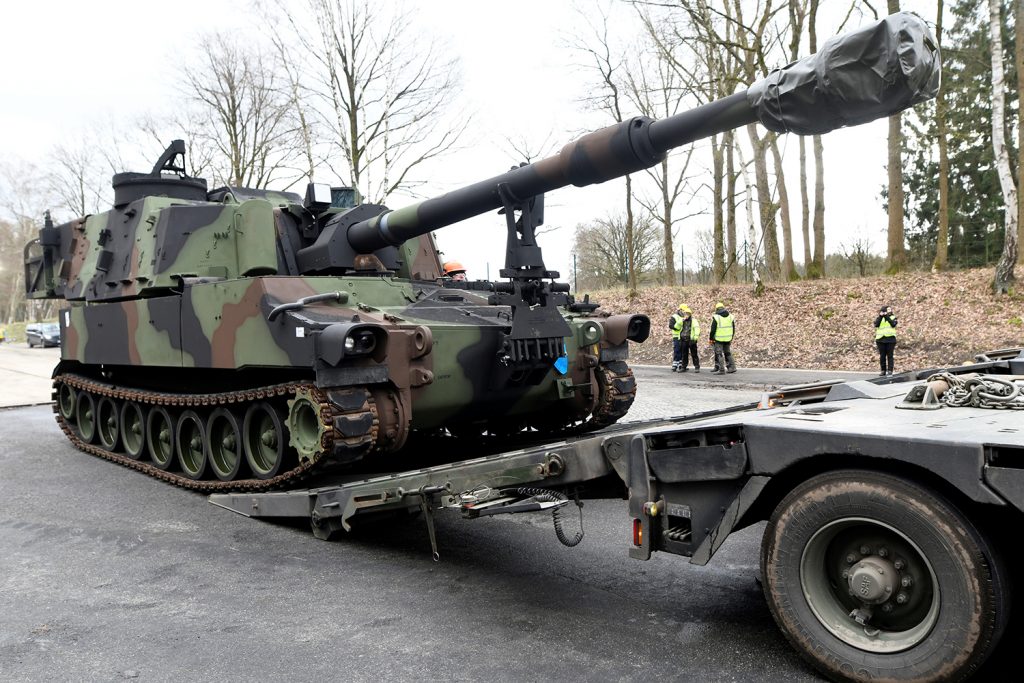 NATO is only as effective as its speed. As the Alliance continues to provide for the defense of nearly one billion people, there is growing emphasis on the need for NATO forces to be able to be deployed rapidly across Europe to respond to crises quickly and effectively. “Our strategy rests on the fact that we need to be able to move large forces quickly to have a credible deterrent,” former Supreme Allied Commander Europe General Curtis Scaparrotti said.

Military mobility—the ability to move massive amounts of troops and military equipment across territory and national borders rapidly—has warranted increasing attention from NATO policymakers over the last few years, but significant legal, diplomatic, and logistical challenges still need to be overcome—not to mention the sudden impact of the coronavirus (COVID-19) pandemic. “We have made some real progress,” explained US Army Europe Commander General Christopher Cavoli, who joined Scaparrotti on an Atlantic Council virtual event on April 23, “but there is a bit of work left to be done.”

The need for greater military mobility has been triggered by shifts in NATO policy over the past three decades, Scaparrotti explained. While NATO concentrated large permanent forces along the border with the Soviet satellite countries during the Cold War, this posture was replaced by an emphasis on smaller expeditionary actions in the Balkans and the Middle East in the 1990s and 2000s. Russia’s illegal annexation of Crimea and invasion of Eastern Ukraine in 2014, however, has forced NATO to reposition assets on its eastern flank, this time with smaller forward positions, backed up by larger rapid reaction forces.

The lynchpin of this new strategy, however, is the ability to reinforce these smaller forward positions quickly in the case of an attack. “We’ve looked at rapid deployment as being really our strategy for deterrence and defense in Europe,” Scaparrotti said. “To do that we have to have ready forces, we have to set conditions with equipment forward… [and] we also have to reinforce at the speed of conflict. For that to work you have to have mobility available.” Colleen Bell, former US ambassador to Hungary and Atlantic Council board director, warned that “without the ability to reinforce our most exposed allies on Europe’s flanks, NATO’s posture of small frontline forces to its east, supported by large, able, and ready forces provided by allies on both sides of the Atlantic could be dangerous exposed.”

The remaining challenges affecting military mobility are the focus of a new Atlantic Council report, produced by the Council’s taskforce on military mobility co-chaired by Scaparrotti and Bell. While there has been considerable momentum and some progress on enhancing the Alliance’s mobility in recent years, Bell explained that “these efforts continue to face hurdles that without continued political momentum are unlikely to be overcome,” including fading political attention, significant investment needs, cyber and network resilience requirements, and the ability to protect critical infrastructure from attack.

What really is missing, Bell argued, is a “coordinated strategy” for pushing mobility forward. She celebrated the new Council report for proposing a concrete roadmap for US and European policymakers to overcome some of the remain challenges. According to Bell, the report recommends “an improved NATO-EU dialogue to support  information sharing, coordinated action, and strategic messaging between the organizations within a structured political dialogue,” new working groups and coordination centers, shifting funding efforts by the EU to focus on military mobility projects that also have civilian uses, prioritization of national infrastructure spending that supports military requirements and emphasizes cyber resilience, and more exercises to demonstrate readiness. Atlantic Council Executive Vice President Damon Wilson described the report as “the first full treatment of the military mobility challenge,” touching on all of the political, legal, administrative, and logistical challenges that still need to be addressed.

Bell specifically pointed to the usefulness of more exercises for NATO to build its mobility capabilities. Exercises “lay bare the challenges we face and forces us to act,” she argued. Scaparrotti agreed, saying these exercises provide NATO “some muscle memory” for further use in crises. Cavoli explained that NATO has undertaken numerous exercises to test mobility since 2015, highlighted by the recent Defender Europe 2020 exercise, which he explained included the transportation of 13,000 soldiers and 9,00 pieces of equipment from the United States.

The operation “went pretty smoothly,” Cavoli said, “because of the work we have been doing over the last few years,” within NATO and the European Union. He reported that “we have seen significant changes in policy…[as] clearance times have probably dropped by about a third.” Poland cut the notification time it required for allies transporting equipment across its borders from thirty days to five days, Cavoli said, while the Baltic states reduced them from fifteen to five as well.

While these shifts have been productive, “we absolutely have to get faster,” Cavoli argued. Scaparrotti cautioned that changes in policy are great first steps but “until that gets all the way down to the guy standing at the border,” lengthy delays can linger. He added that “something as simple as even changing policy for the time they needed for a border crossing took almost three years of work,” including coordination with all allies and relevant partner organizations.

The remaining challenges for greater mobility will likely become more daunting as the fallout from the COVID-19 pandemic continues, as borders and movement restrictions have been re-imposed throughout Europe. Cavoli stressed that military mobility must be front of mind for policymakers as they begin to reopen their societies once the pandemic subsides. “It could be easy to see a future in which reestablishing the mobility…would kind of get left behind. It is going to require a great deal of attention and political will,” he said.

Kori Schake, director of foreign and defense policy studies at the American Enterprise Institute who moderated the discussion between Scaparrotti and Cavoli, added that constrained national budgets could also hinder increased military mobility development. “Even before the COVID-19 pandemic… European Union countries were considering zeroing out support for mobility initiatives,” she explained, warning that deemphasis of this issue could threaten to worsen the perception by US President Donald J. Trump and many Americans that European NATO members are not spending enough on defense.

While COVID-19 will certainly complicate the Alliance’s path to greater military mobility, Wilson stressed that the crisis has also reaffirmed that “when security challenges extend across national boundaries, so too must our solutions.” NATO leaders must remember that “NATO is the bedrock upon which our freedoms to combat the pandemic and our ability to do so collectively rests,” Wilson argued. As the world emerges from this crisis, the Alliance must find a way to regain political momentum and focus on the key to its collective defense: speed.