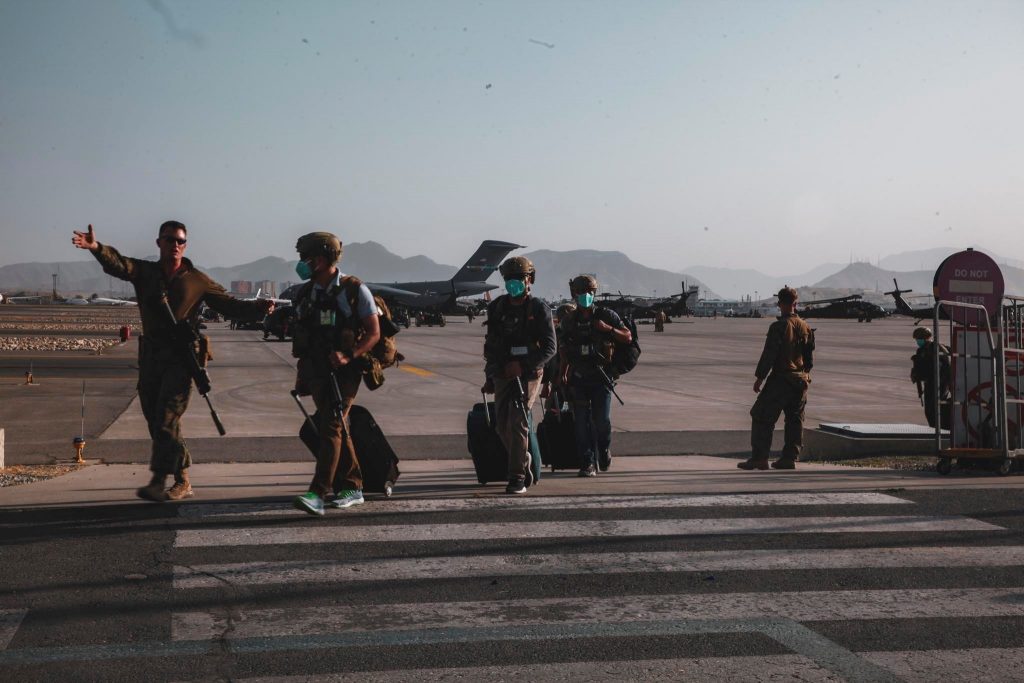 It was March 1954, and French forces were confident based on prior operations that with their superior air power and resupply, the supply lines from Laos that kept the Viet Minh fighting for independence in then-French Indochina could be severed. Sixteen thousand troops were ordered to Dien Bien Phu, a city in modern-day northwestern Vietnam, to set a “porcupine defense” in which ten strong points were erected on the assumption that the Viet Minh couldn’t match French firepower.

But Vietnamese General Vo Nguyen Giap proved the French disastrously wrong. Viet Minh soldiers, male and female, literally dragged massive numbers of artillery and anti-aircraft guns across seemingly impassable mountain terrain. The French made a fatal miscalculation by situating their positions in a bowl around which the Viet Minh held the high ground.

Watching the chaos unfold at the Hamid Karzai International Airport in Kabul this week, one can only wonder: Could history repeat itself in the same way?

The noncombatant evacuation operation (NEO) of thousands of foreign nationals and Afghans could be a time of maximum danger for the Biden administration if something goes very wrong. It is a real possibility. By definition, NEOs require what the Pentagon calls a “permissive environment,” meaning that the host nation or other indigenous forces do not interfere with the operation, thereby assuring it will proceed peacefully. Taliban leaders have promised to abide by that standard. But will they? If not, or if independent extremist elements see an advantage in preventing or obstructing the NEO through force, are the United States and others engaged in this operation prepared to respond accordingly?

First, the airport cannot be defended even by six thousand or more US troops, no matter how capable. An adversary—especially if it had shoulder-fired surface-to-air missiles such as Stingers—could halt air transport. Even short-range rocket-propelled grenades (RPGs) can down aircraft, meaning flight paths would need to be protected by a very large defensive perimeter.

As the Viet Minh used artillery to batter the French, the airport is similarly vulnerable. Because the United States abandoned the massive Bagram Air Base just thirty-five miles north of Kabul, there is no easy access point for the logistics needed to support the US military. The Taliban could cut off all access to the airport—and to Bagram if it were reopened.

So far, the Taliban seems to be tolerating the NEO. But given how badly this and other administrations failed to plan for worst cases, is anyone taking the Dien Bien Phu scenario seriously? The UK is considering the worst case. But does the United States have any plans and capabilities in place if such a situation were to arise?

A further potential crisis is who is in charge? Many countries are trying to evacuate their citizens. A 2003 NATO Defense Ministers meeting held in Colorado Springs, Colorado, conducted a war game based on a NEO. The NEO went badly wrong and the passive environment turned into a shooting war. At that stage, the game ended as the ministers could not agree on a strategy or a unified response.

If this NEO went wrong, it could prove to be a real catastrophe. On this scenario Joe Biden’s presidency could rest, if his administration is not prepared for the Taliban violating its tenuous agreement.

Harlan Ullman is an Atlantic Council senior advisor and UPI’s Arnaud deBorchgrave Distinguished Columnist. His latest book, due out soon, is The Fifth Horseman and the New MAD: How Massive Attacks of Disruption Became the Looming Danger to a Divided Nature and the World at Large.

Image: A US Marine assigned to the 24th Marine Expeditionary Unit (MEU) escorts Department of State personnel to be processed for evacuation at Hamid Karzai International Airport, Kabul, Afghanistan, on August 15, 2021. Photo by US Marine Corps/Sgt. Isaiah Campbell via Reuters.