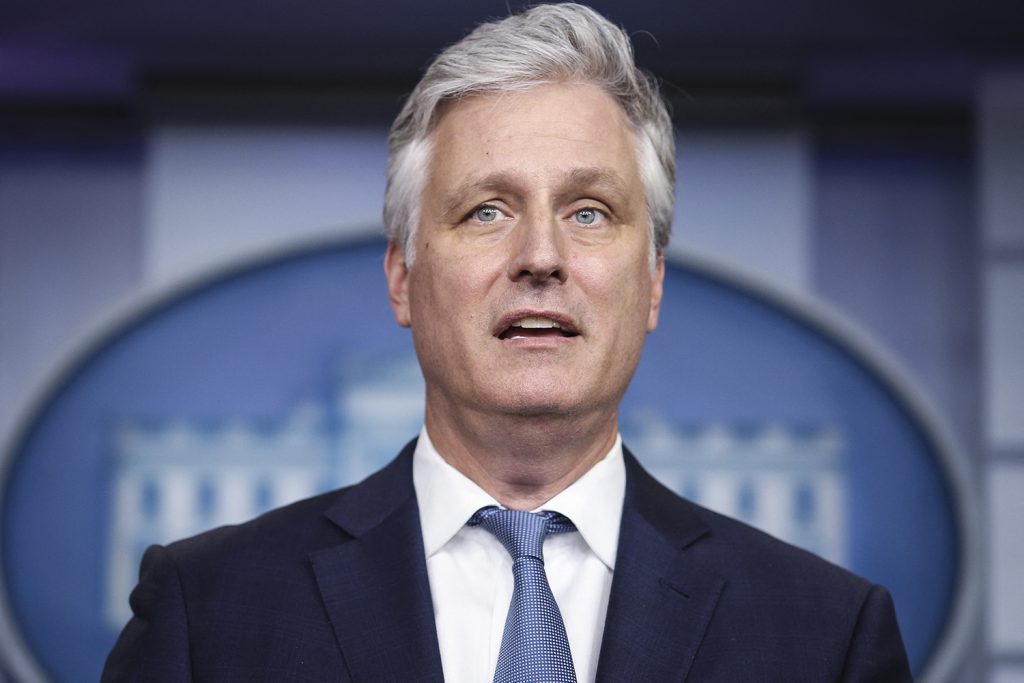 Key takeaway: US National Security Advisor Robert C. O’Brien said the United States must be prepared to push back against Chinese aggression militarily, diplomatically, and economically, asserting that China continues to threaten its neighbors and attack US interests.

Speaking at an Atlantic Council Front Page event broadcast on August 28, O’Brien also dismissed accusations from Beijing that a US spy plane violated Chinese airspace on August 25. The national security advisor stated that he “certainly reject[s] any Chinese claims that flights over the South China Sea and their manufactured claims constitute some sort of breach of a norm or a rule.”

In his conversation with former US Undersecretary of State for Global Affairs Paula J. Dobriansky, who is also vice chair of the Atlantic Council’s Scowcroft Center for Strategy and Security and a senior fellow at Harvard’s Belfer Center, O’Brien defended the Trump administration’s strategy towards allies and highlighted what he saw as President Donald Trump’s main foreign-policy successes as his first term nears its end. Here’s a brief look at what O’Brien said:

The United States “is not going to back down” on China

United States is re-engaging in the Indo-Pacific

Alliances are important, but partners must “raise your game”

One of his chief foreign policy advisers said that a future Biden White House would focus its foreign policy on revitalizing the United States at home, rehabilitating frayed alliances, and building a team of democracies to solve the world’s biggest challenges.