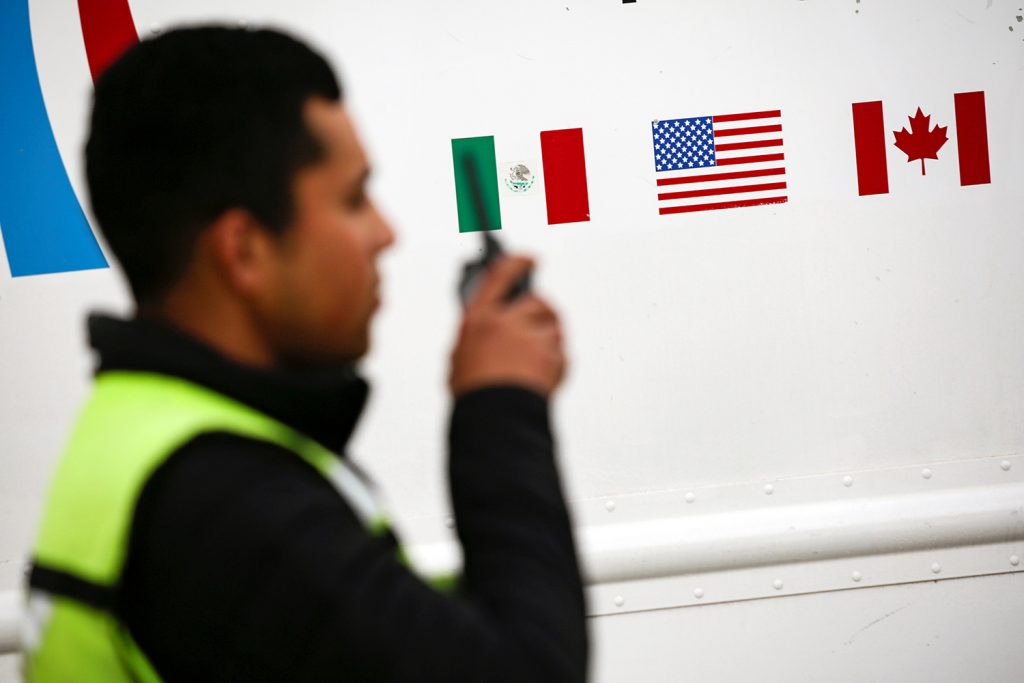 It is the latest of the 303 regional trade agreements (RTAs) currently in force—whose rank is likely to increase in the foreseeable future. The RTAs have hollowed out the World Trade Organization (WTO), and this process is likely to accelerate going forward. About half of world trade is now covered by the RTAs, reducing the scope and relevance of WTO rules and tariff schedules, as well as its dispute settlement and appeal mechanism.

If the USMCA is used as a template for future US trade negotiations, that would hasten the regionalization of world trade, fragmenting the global trading system based on the WTO and marginalizing the organization.

Below are key features of the USMCA, most of which are new in a US trade agreement.

Potential impacts of the USMCA

Several features of the USMCA can be viewed as representing the US template in future trade negotiations. Many of those features enjoy bipartisan political support and therefore are likely to stay beyond US President Donald J. Trump’s presidency. Specifically, US emphases on free digital trade, reducing tariff and non-tariff barriers to its agricultural exports, dealing with SOEs and subsidies, dealing with a non-market economy, preserving the US ability to enforce its trade laws in trade remedies—including the anti-dumping, countervailing duties and safeguards laws, and currency manipulation can be found in the US Trade Representative’s negotiating objectives vis-a-vis the United Kingdom and the European Union (EU).

In addition to agriculture, there are new areas of frictions concerning the upcoming trade negotiations with the United Kingdom and the EU. The free digital trade emphasis in the USMCA would be at odds with the plan of many European countries (Austria, France, Hungary, Poland, Turkey, the United Kingdom, and others) to proceed with their national versions of a digital services tax after the United States pulled out of the multilateral negotiations sponsored by the Organization for Economic Co-operation and Development (OECD). The United States has threatened retaliatory tariffs on any country imposing digital taxes.

Also problematic is the USMCA chapter dealing with non-market economies—this would complicate the EU’s effort to negotiate a Comprehensive Agreement in Investment with China as well as the United Kingdom’s desire to seek a trade deal with China. On top of those issues, the US threat of imposing Section 232 tariffs on automobiles and auto parts remains a major irritant in the negotiations.

For developing countries, in the context of its effort to tighten the self-designation as “developing countries,” if the United States makes regular use of its demands contained in the automobiles chapter, for example the requirement that 40 to 45 percent of auto parts have to be made by workers earning at least $16 per hour, that would dilute the comparative advantages enjoyed by developing countries in their efforts to promote foreign trade to industrialize their economies.

More generally, the emphasis on tightening rules of origin for auto parts will strengthen emerging trends toward regionalization. Many companies have taken advantage of technological advances, especially in automation, and followed a desire to be close to their customers by setting up local production facilities to supply large national or regional markets such as North America. Recently, this regionalization trend has received strong impetus from the US-China trade war and from efforts to diversify and streamline complex global supply chains due to disruptions caused by the COVID-19 pandemic.

Finally, quite detrimental to the integrity of the WTO is the USMCA use of quota in side letters (exempting current volumes of automobiles and parts imports from Canada and Mexico fro potential future tariffs); provisions for a complaining party to select the forum to settle disputes even if the matters arise under the WTO agreement; and preserving the US ability to use its domestic laws to remedy trade complaints. These will lead to a further marginalization of the WTO dispute settlement mechanism. Already the WTO Appellate Body has been rendered inoperative due to lack of the necessary quorum to hear cases since the beginning of the year. Furthermore, the United States has signaled its opposition to using WTO resources to support the alternative trade dispute appeal system recently launched by the EU, China, and eighteen other countries. The US opposition to the use of WTO resources to support activities benefiting a subset of the membership can also have a detrimental effect on the plurilateral approach—increasingly used by many WTO members trying to make headway in new trade negotiations with like-minded countries since the global multilateral approach has failed over the past decades.

In short, while the USMCA preserves free-trade flows among the three member countries, its use by the United States as a template for future trade negotiations, starting with the EU and the United Kingdom, would have a far-reaching effect on future developments of world trade. The global trading regime based on the WTO would shift more and more toward regional trading arrangements, in the process further fragmenting world trade and marginalizing the role of the WTO. This is all happening at a vulnerable moment for the WTO, which is going through a process of selecting a new director-general.

Hung Tran is a nonresident senior fellow at the Atlantic Council and former Executive Managing Director at the Institute of International Finance.

Upgrading NAFTA was a long time coming, but things are different than they were in 1994 because Canada and Mexico have bilateral trade agreements with the European Union, and the United States doesn’t. The United States needs TTIP to make the most of USMCA.

With bipartisan support, USMCA “can stand the test of time”

“It is absolutely crucial for USMCA to be ratified with bipartisan support, and hopefully by including the Democrats in the process it will be an agreement that will serve the interest of all three countries for years to come,” said Jason Marczak, director of the Adrienne Arsht Latin America Center.