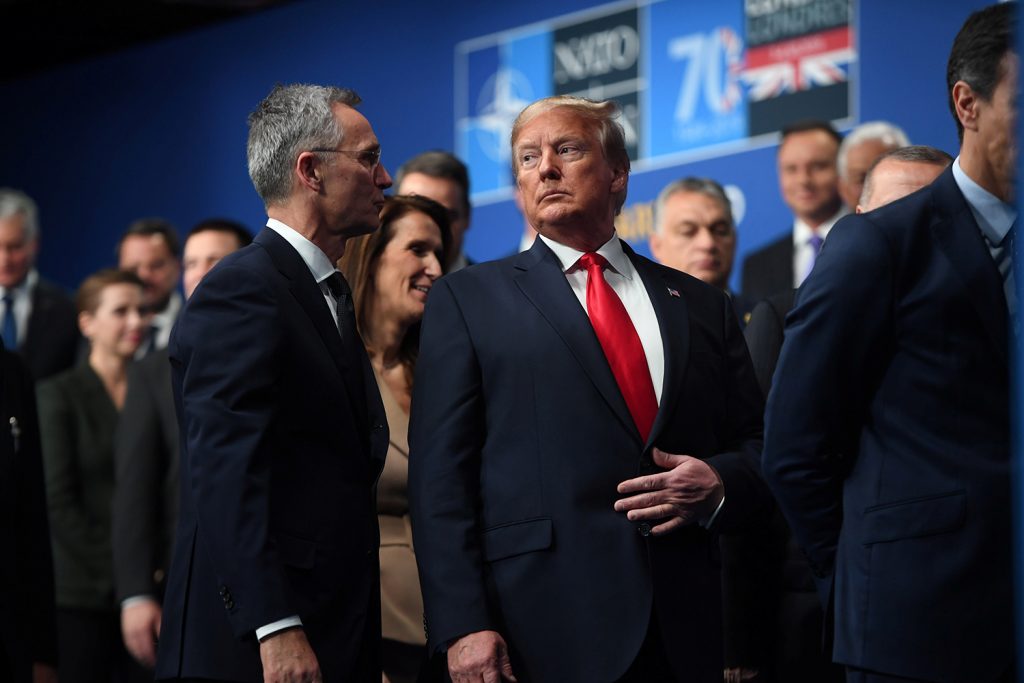 Despite a litany of high-profile disagreements between allies over the last few weeks, the NATO Leaders’ Meeting in London on December 4 “ended on a very positive note,” with a “pretty substantial declaration and agenda for the future,” according to former NATO deputy secretary general and Atlantic Council distinguished fellow Alexander Vershbow. The combination of very tense public sparing between NATO leaders and the productive outcome gave the sense, Vershbow observed, that the meeting “went in like a lion and out like a lamb.”

NATO leaders spent much of the time in the days leading up to the meeting focused on a long list of political disagreements, including continued US criticism of Europe and Canada’s low level of defense spending, Turkish threats to block new defense plans for Poland and the Baltic States until NATO leaders more forcibly endorsed their military action in northeastern Syria, and high-profile comments from French President Emmanuel Macron describing NATO as “brain-dead” and deemphasizing the threat from Russia.

Despite these high-profile spats, the December 4 meeting featured “none of the drama of 2018,” when US President Donald J. Trump reportedly stopped the Summit in Brussels to chastise NATO allies for their low levels of defense spending, Vershbow said. Part of the reason why, he argued, was that NATO officials intentionally kept the expectations low for the gathering, labelling it a “meeting” rather than a “summit,” and limiting the discussion to just three hours.

According to Christopher Skaluba, director of the Atlantic Council’s Transatlantic Security Initiative, NATO had three main objectives for the meeting: “[to] celebrate seventy years of the Alliance at the level of heads of government…[to] reaffirm the current direction in terms of what they are doing vis-à-vis Russia…[and to] try to sketch out a vision to show that NATO is not some relic of the Cold War but is very much engaged in looking forward.”

NATO Secretary General Jens Stoltenberg celebrated the progress the Alliance made towards aligning their positions on Russia, as he announced that NATO has “delivered on the NATO Readiness Initiative,” which has brought online thirty troop battalions, thirty air squadrons, and thirty combat ships to be ready for use by NATO within thirty days in order to respond to any attack. Additionally, NATO leaders appeared to have smoothed over Turkey’s objections to the new Baltic and Polish defense plans, as Stoltenberg confirmed that “we have agreed to the updated plan for the Baltic countries and Poland.” In a nod to Macron’s previous comments on terrorism as a greater threat than Russia, Stoltenberg also reported that NATO leaders “agreed on a new action plan to step up our efforts in the fight against terrorism.”

A breakthrough also seemed to be made on the burden-sharing issue, as Trump “took an important shift in how he is talking about the Alliance’s progress” on defense spending, according to Lauren Speranza, deputy director of the Atlantic Council’s Transatlantic Security Initiative. In remarks made with Stoltenberg and later in a thread of tweets on December 4, Trump highlighted the “great progress” that NATO has made over the last three years, including more than $400 billion pledged by NATO allies to boost their defense spending. Trump echoed Stoltenberg by saying that “NATO will be richer and stronger than ever before.”

This shift from Trump was threatened by leaked audio from a Buckingham Palace reception showing Canadian Prime Minister Justin Trudeau mocking the US president’s protracted comments to the press during photo ops, but Speranza downplayed the long-term effect of this incident. Much like the disagreements over burden-sharing “in the long run the Alliance has shown that it is able to get through some of these issues and this summit is a demonstration of that,” she argued. Vershbow agreed, admitting that “these things happen,” but that “the personal dynamics can often be strained between any US president and European leaders.”

In addition to working through some of its most pressing political disagreements, NATO leaders also took tangible steps to ensure that the Alliance will remain effective for the next seventy years. Skaluba reported that the declaration from the meeting notes the issues of emerging tech, 5G infrastructure, and cyber, and names space as the fifth operational domain for the Alliance. The document also makes the first mention of China in NATO’s history. Speranza cautioned that this is not meant to signal that NATO now views China as an adversary, but rather is a “growing acknowledgement that [China] is a growing economic and military power that NATO needs to pay more attention to.”

Skaluba also noted a plan from the Secretary General to convene a group of experts to “try to reconcile the various viewpoints of the Alliance” and its role in the future. Such intentional focus on aligning the political visions of NATO member states is important, Vershbow argued, because for the last few years the disagreements between allies over political decisions have overshadowed the fact that the Alliance “has actually become much stronger and more cohesive on the military side.” Speranza suggested that the discussion of China and emerging tech demonstrates a desire by NATO officials to expand the Alliance into a “platform for dialogue on transatlantic issues” more generally, rather than just the nuts and bolts of collective defense.

The London meeting gave an opportunity to all NATO leaders to mark seventy years of the NATO alliance and a space to smooth over lingering disagreements. More than that, however, NATO leaders are “walking away from London with a very concrete action plan,” Skaluba said, that will help give them a roadmap for navigating the next seven decades.

Trudeau and Rutte say NATO’s future is “bright,” not “brain-dead”

Trudeau said that “NATO has survived for seventy years because we’ve always had frank, real conversations. There have been disagreements that we’ve worked through. There have been differences and prospective differences in priorities that have ended up with a more resilient, more flexible, more agile organization that has adapted to the times we’ve had.”