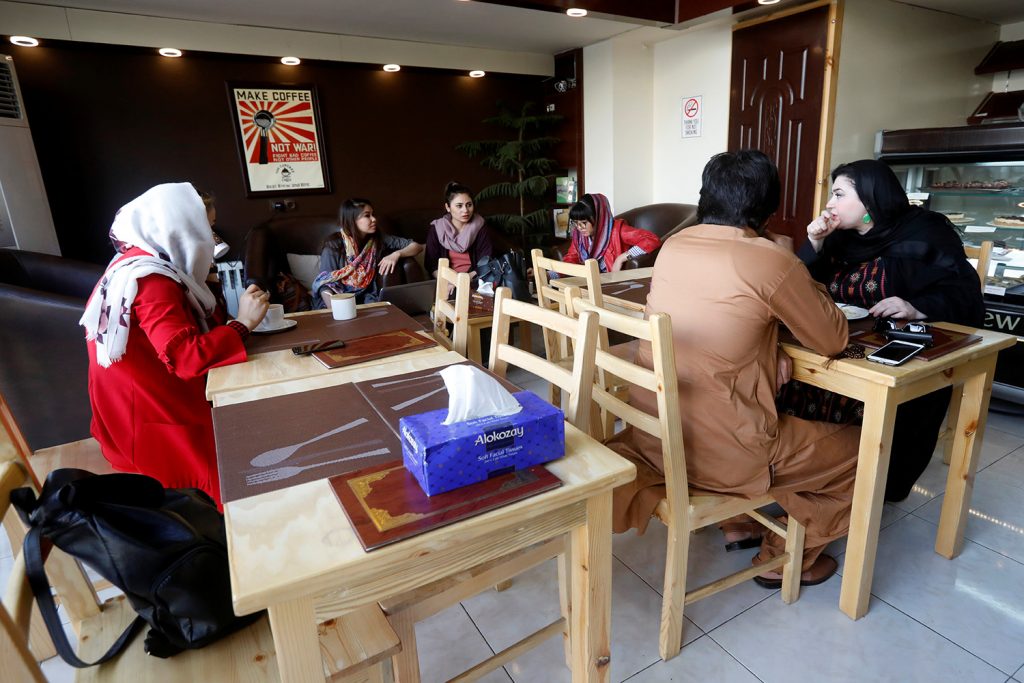 Afghanistan is about to claw its way back onto the collective foreign policy agenda…again. New White House occupants almost always attempt a strategic rethink on Afghanistan, which forces recalibration of wider NATO thinking too. Such frequent strategy reviews underpin the well-trodden adage that the alliance fought nineteen one-year wars instead of a nineteen-year war in Afghanistan, even if the wider historical conflict in Afghanistan has entered its fortieth year.

Any strategy sessions will again revolve around arguments over how to approach the “three P’s”: peace, Pakistan, and political inclusivity. Troop withdrawal and protection of women’s rights are permanent agenda items too. There should also be mention of Afghanistan’s ‘Decade of Transformation,’ which began in late 2014 and ends in 2024, which sought to end Afghanistan’s reliance on foreign aid and achieve a level of self-reliance. While this goal seems unlikely to be reached on the current trajectory, there is another transformation that strategists might make the mistake of overlooking. It is already changing long-established patterns of Afghan political dynamics. It is one that any future strategy—whether US, NATO, or otherwise—should be built around: Afghanistan’s generational shift.

Afghanistan has one of the youngest, fastest growing populations in the world. Over 78 percent of its approximately 39 million people are younger than thirty-five. Nearly 21 million (54 percent) were born in 2001 or later, meaning the majority of Afghanistan’s population have grown up steeped in the benefits that came with the ousting of the Taliban.

Now that this youth bulge is starting to politically mature, it is having a profound impact on Afghan politics. Its potential to drive change was witnessed during the 2014 presidential election when this group propelled Ashraf Ghani to victory. Over the following four years, there was a clear trend towards infusing government with fresh faces, even into ministerial positions. President Ghani himself tweeted in 2017 that “Afghanistan is undergoing a generational change. We’re nurturing a whole new generation of young reformers.”

Afghanistan’s older elites—the jihadi generation—initially felt their monopoly on power being eroded but soon recognized the need to adapt. The latter half of the 2010s saw various politicians try to siphon off parts of the youth bulge or secure their political influence by inserting their own sons into the spotlight. Today, it is no shock to see twenty-something sons of warlords and powerbrokers—the jihadi juniors—sitting in elite power circles.

The 2018 parliamentary elections illuminated these changing political demographics. Candidate lists were filled with young activists and jihadi juniors. 2014 was the first election when the post-2001 generation started to vote, while 2018 was the first election when they started to stand. Now the next phase of the generational shift is underway, with politically active youth becoming Afghanistan’s political leaders. By the end of the ‘Decade of Transformation’ in 2024, the political sphere will be increasingly dominated by post-2001 politicians.

The danger is that an abandonment narrative has started to foment among these young Afghans.

For a generation that has known the Taliban only as terrorists, it has been hard to watch unchanged insurgents be gifted political legitimacy and international recognition in recent years. It feels undeserved. Even worse, while the US-Taliban deal stopped Taliban attacks on foreign forces, violence rages against Afghans unabated, all while the Talibs paint themselves as victors who will soon return to rule Afghanistan with an iron fist.

Young Afghans are growing agitated and even feel betrayed at what looks like a blind-eye international approach, with little more than tweets of condemnation in response to Taliban atrocities. Western pledges of continuing financial support and commitment to abstract “enduring partnership” are drowned out by the sound of ever-closer bullets and bombs. Generations who have known nothing other than a strong partnership with NATO allies and partners are starting to feel alone.

Any upcoming strategy revision should address the simmering resentment before the seeds of the abandonment narrative germinate and before other predatory actors step in with offers of support. Strengthening partnerships with future political leaders should be the centrepiece of NATO and wider Western engagement in Afghanistan. Critics can say it is sentimental and subjective, or that some sense of abandonment is inevitable because progress in Afghanistan is always about picking the least-worst of a bad set of options. But supporting Afghanistan’s next generations is not sentimentalism, it is strategic.

First, there are no stronger Afghan proponents of democracy than Afghanistan’s youth. A growing abandonment narrative will undermine this group as a bulwark against extremism. Every international investor is also concerned about a roll-back on human rights and women’s rights in the event of a Taliban return. The young leaders that are coming of age represent the best chance of safeguarding the international investment of the past two decades, which will be besieged by the Taliban and other predatory adversaries who want to undermine the United States and NATO.

Second, troop withdrawal or not, NATO allies and partners will not withdraw from Afghanistan in the same way as 1990s. There will be some form of enduring partnership, which may even consist of a small counter-terrorism presence. President Ghani has made clear that any future presence must be negotiated with the Afghan government. This necessitates reliable Afghan partners. Trusting the Taliban seems unwise and the current cadre of politicians have proven to be not-always-reliable. It makes strategic sense to ensure that the next generation continue to value partnership with NATO rather than feel thrown to the wolves.

Third, Afghanistan is not the world’s most important foreign policy arena, but it has strategic implications for NATO allies and partners. What happens in Afghanistan will shape NATO’s ability to form partnerships and project stability outside of its own borders. Any hint of abandonment will be seized upon and overblown by other adversaries. It will provide the foundation on which NATO’s competitors—both state and non-state—can build their own victory narrative. This will impact future projections of stability elsewhere.

Arguments about common values, shared history, or projecting stability may be too subjective for hard-nosed hawks to take seriously but ensuring that Afghanistan’s future leaders feel empowered rather than abandoned makes strategic sense for another reason. While the jihadi generation may be the ones who shape and sign a peace agreement with the Taliban, the youth bulge will have to implement and sustain it. They are the Afghans needed to achieve a common international aim: that nineteen one-year wars are not followed by nineteen one-year peace processes.

Ben Acheson is a former director of NATO’s Office of the Senior Civilian Representative in Afghanistan and an expert adviser on the Atlantic Council’s Strategic Dialogues on Afghanistan.

Preparing for the day after peace in Afghanistan

While a political settlement may end the conflict, sustaining peace will depend on a common definition of what peace will look like and delivering on the promise of a better future for the Afghan people.