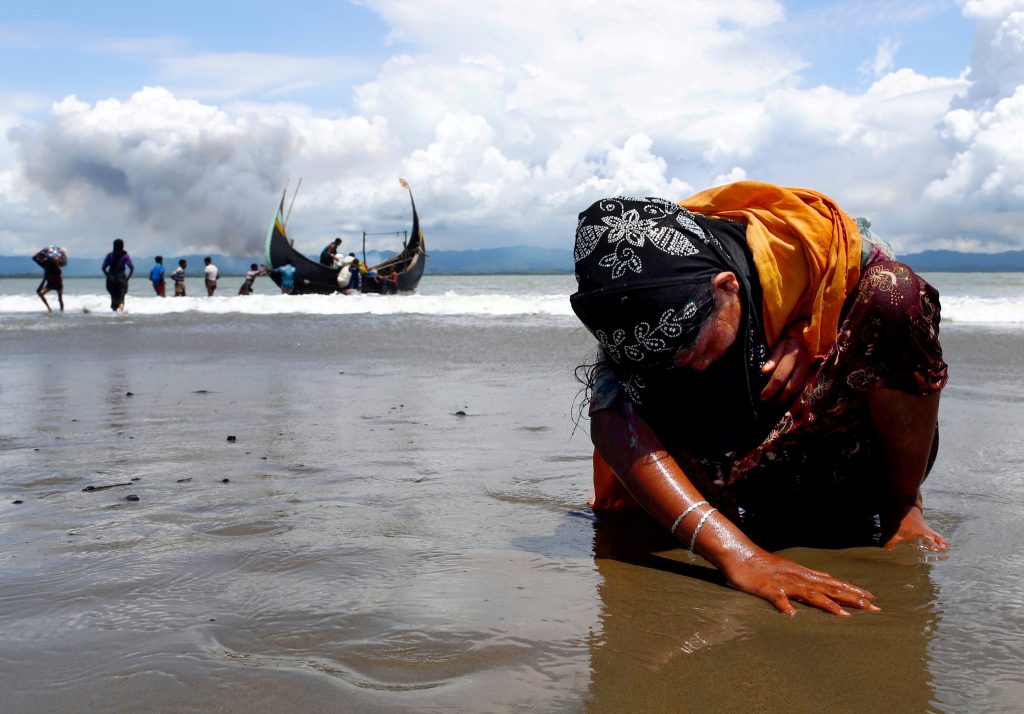 With Afghanistan grabbing global headlines, it’s easy to forget about another long-running crisis: the repression of Burma’s Rohingya Muslims. With the United Nations General Assembly (UNGA) getting underway, the high-level session provides an important opportunity for the United States and United Kingdom to place the topic back on the global agenda—by calling the crimes committed by the country’s military (the Tatmadaw) a “genocide.”

Multiple American and British administrations have debated the question. And in the meantime, Burma’s military junta has continued systematically attacking the Rohingya and other ethnic minorities. A military-led coup in February served as a further distraction. Calling the Tatmadaw’s actions a “genocide” before UNGA would remind the world about this crisis. It would also discourage future atrocities by heaping new pressure on the regime.

Evidence of wrongdoing, aimed at destroying Burma’s Rohingya population because of its ethnic and religious identity, is plentiful. After extensive research, the US Holocaust Memorial Museum found “compelling evidence” that Myanmar’s military committed ethnic cleansing, crimes against humanity, and genocide against the Rohingya. Soldiers killed thousands, while some 700,000 Rohingya fled to Bangladesh. A US State Department report found the violence to be “extreme, large-scale, widespread, and seemingly geared toward both terrorizing the population and driving out the Rohingya residents.” It concluded that “the scope and scale of the military’s operations indicate they were well-planned and coordinated.”

While the persecution of the Rohingya is undoubtedly the military’s most egregious crime, the junta has also been carrying out atrocities against other ethnic and religious minorities in Burma, such as the predominantly Christian Kachin, Chin, and Karenni.

Yet successive US and UK governments have equivocated and remain noncommittal.

When asked in June about a genocide designation regarding the Rohingya, US Secretary of State Antony Blinken cited a “very much actively ongoing” review. But his report to Congress a month later pulled punches and merely reiterated the Trump administration’s determination of “ethnic cleansing.” Meanwhile, then British Foreign Secretary Dominic Raab told Parliament in July that his country would not join the International Court of Justice case brought by The Gambia against Myanmar on the Rohingya genocide, even though he supports “the impetus behind the case.”

None of this will compel Burma’s military junta to end its abuses.

We’ve both worked in government on issues of religious freedom. We know dictators won’t stop until the costs outweigh the benefits. That’s why more action is needed if we are to save the Rohingya and other minorities from these terrors. Telling the truth is a necessary starting place for smart policies. A joint declaration would take a clear moral and legal stand while complementing bilateral coordination on sanctions.

The UNGA provides the right venue to rally the world. A bold genocide declaration would demonstrate leadership and send Burma’s military rulers a clear, direct, and unmistakable message. In contrast, continued use of vague language merely empowers them.

The same generals who ordered the genocide against the Rohingya also led the February coup and subsequent crackdown, which has killed more than one thousand people who have protested the putsch. By failing to name the Rohingya genocide, the Tatmadaw will feel emboldened to escalate its campaigns against ethnic and religious minorities and further threaten the brave citizens who courageously demonstrated against the coup.

Some policymakers fear the term “genocide” risks pushing Burma further into China’s orbit. Since China does not place human rights at the center of its foreign relations, some believe raising the issue puts Western diplomacy at a disadvantage and gains nothing. But the United States and the United Kingdom should not be afraid to say so.

A “genocide” label would present new avenues through which to punish the regime for its atrocities. For example, a declaration would enable the United States and Britain to use their UN Security Council seats to press for a referral of Burma to the International Criminal Court (ICC) to ensure perpetrator accountability. Even if China and Russia block an ICC referral, the “genocide” label would empower the United States and United Kingdom to exercise universal jurisdiction to investigate and prosecute the perpetrators.

A genocide designation would also justify expanding the arms embargo, supporting a UN effort to collect and preserve evidence of crimes against the Rohingya, and sanctioning regime leaders further.

These collective actions would help dissuade the regime from further crimes, discourage outside financial support, and undercut its international legitimacy. Moreover, such leadership on genocide—just as heads of state meet at the UNGA—would energize global efforts to press the military to end its repression and increase humanitarian support.

After all, there’s an inherent contradiction here: The US government and the British Parliament have both labeled China’s actions against Uyghur Muslims a “genocide.” If we use the word against China, a rising economic and diplomatic adversary, why can’t we do the same with Burma? We constantly work to distinguish our countries from China to promote a secure and prosperous Indo-Pacific—so how does it advance our values or interests if we fail to fully denounce these crimes?

The challenges facing the Rohingya in Burma and those who fled into Bangladesh are immense. Yet, some foreign-policy decisions transcend the tightrope of balancing competing priorities and interests. Failing to accurately assess Burma’s genocidal campaign against the Rohingya will reverberate beyond their situation, demonstrating to dictators, the Taliban, and others that we lack the honesty and courage to speak truth to power.

A dire human-rights situation continues unabated for the Rohingya. We urge newly named British Foreign Secretary Liz Truss and Secretary Blinken to take decisive action before the UNGA and officially recognize this crisis as a “genocide.” Burma’s military committed mass atrocities against the Rohingya; they know it, and we know it. Now, it’s time we say so.

Rehman Chishti is a member of the British Parliament (representing Gillingham & Rainham) and the former UK prime minister’s special envoy on freedom of religion or belief. Follow him on Twitter @Rehman_Chishti.

Knox Thames served as the US special advisor on religious minorities at the State Department during the Obama and Trump administrations. Follow him on Twitter @KnoxThames.

Image: A Rohingya refugee touches the shore after crossing the Bangladesh-Myanmar border to Shah Porir Dwip, Bangladesh, on September 11, 2017. Photo by Danish Siddiqui/Reuters