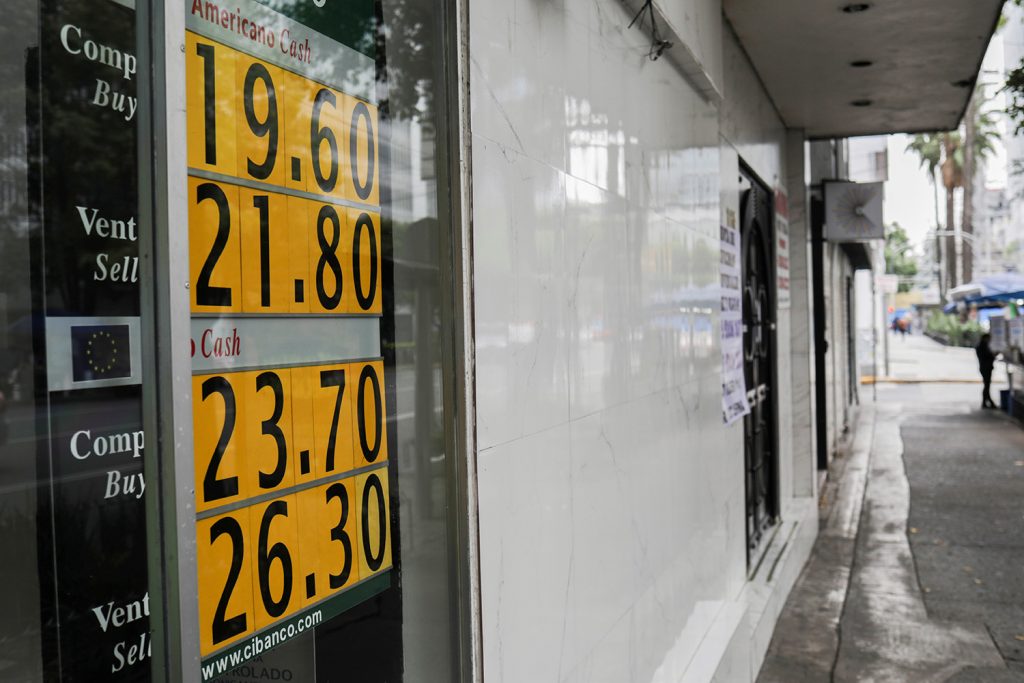 The COVID-19 pandemic has imposed catastrophic consequences across the world, with a disproportionate effect on Latin America and the Caribbean. With a projected 9 percent contraction in regional gross domestic product (GDP) for this year, experts fear that the heightened economic uncertainty and lower foreign demand brought on by the health crisis might signify yet another lost decade for Latin America. There is one factor, however, that paints a particularly promising picture for the outlook of the region: remittances.

Immigrants have long used remittances to support their families back home. Two-thirds of all migrants from Latin America and the Caribbean reside in the United States, making the country the largest— and given its robust economy and currency, the most reliable—source of remittances for the region. Remittances account for 20 percent of El Salvador and Honduras’s GDP in 2019 and 14 percent in Guatemala. Remittances are a crucial source of investment and external financing for the region, helping to reduce poverty and inequality.

As economies hastily shut down across the globe in early 2020, the World Bank projected a 20 percent drop in remittances to Latin America and the Caribbean this year. As predicted, remittances did take a plunge—initially. El Salvador and Colombia, for example, witnessed a remittances crash of 40 percent and 38.5 percent, respectively, in April 2020 in comparison to April 2019.

Peculiarly, as the number of COVID-19 cases continued to soar and the global economy plummeted, some countries observed a rise in their remittance levels. By June, the Dominican Republic, Honduras, and El Salvador saw 26 percent, 15 percent, and 10 percent increases, respectively, in remittances compared to June 2019. In August, Mexico’s $3.57 billion remittance total became the second-highest ever recorded amount in a month for the country.

What explains this unexpected increase in remittances, during a time when economic activity is so stalled?

A more recent projection now proposes that the decline in remittances for Latin America in 2020 will be just 3 percent, as opposed to the 20 percent originally predicted. This suggests that remittance flows to the region have been relatively insensitive to the US economic fluctuation. However, the less-severe estimate does not detract from the issues that migrants must maneuver when issuing remittances.

A principal obstacle migrants face is the complexity of money transfer mechanisms and high transaction costs. Latin America is making strides towards digitalization in the face of COVID-19 and there is a unique opportunity for the United States and other regional partners to invest in technological innovation, including mobile money and other new payment technologies. Not only would this facilitate the transfer process, but it would also lower the transfer cost, which, in turn, would increase the value remitted. Additionally, a commitment to UN Sustainable Development Goal ten, which seeks to reduce remittance transaction fees to 3 percent from the current 7 percent, can contribute to boosting investment and financial resilience in the region, helping prevent even further economic deterioration.

There are ample opportunities to exploit as Latin America and the Caribbean explore recovery paths from COVID-19. Remittance inflows from the United States will continue to play a key role in the economic stability of the region and should be prioritized in efforts to amplify its inclusion and competitiveness. The better-than-expected remittance numbers demonstrate the economic health of the Western Hemisphere, which continues to develop and provide more opportunities for its citizens and its global partners.

Gabriella Cova is an intern with the Adrienne Arsht Latin America Center of the Atlantic Council.

A budget roils a nation. What’s happening in Guatemala?

The Guatemalan Congress went up in smoke, literally, on November 21, when massive protests broke out against a draft budget that was negotiated behind closed doors, with limited input from civil society, and that proposed cuts in funding for COVID-19 and human rights agencies as the country battles the virus, unemployment, and corruption.

¡Basta Ya! How pandemic-related corruption calls for a new social contract in Panama

In order for Panama to emerge from the pandemic with inclusive and sustainable growth, the country needs a new social contract that combats corruption and provides equal opportunities for everyone.

Image: A board displaying the exchange rates of the Mexican peso against the U.S. dollar and Euro is seen at a bank in Mexico City, Mexico September 17, 2020. REUTERS/Henry Romero