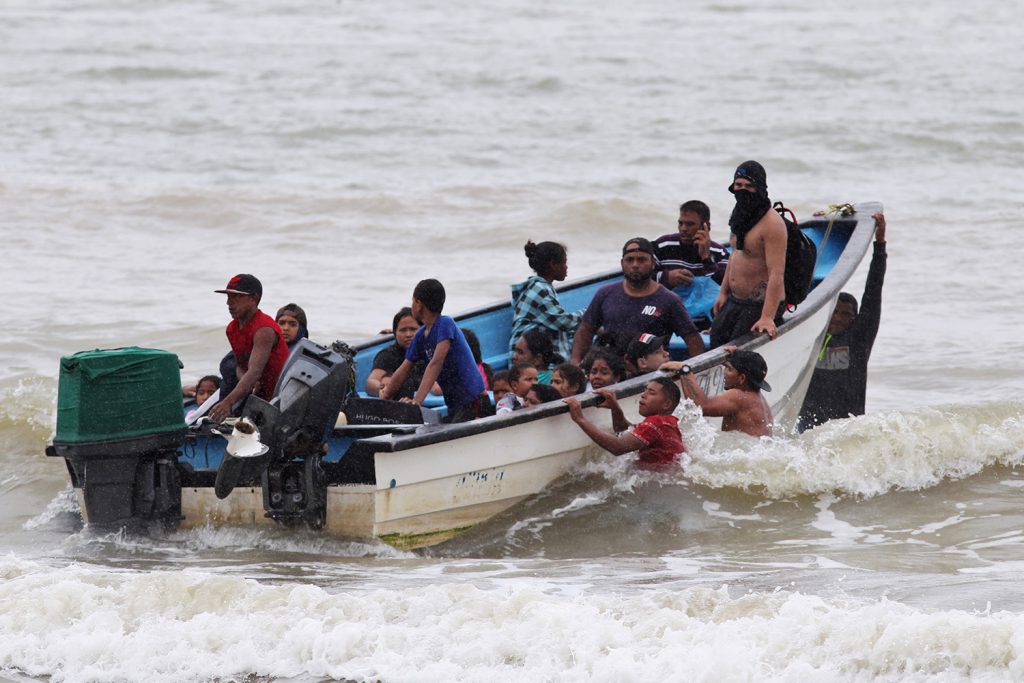 Caribbean countries and Venezuela share a rich history that stretches back to colonial times when Venezuelans migrated to work in sugarcane and cocoa plantations on the islands. The Caribbean has been recognized for embracing those who seek better opportunities, celebrating its racial, ethnic, and linguistic diversity as a defining feature of its culture. But now the relationship with Venezuelans is being put to a test as more than 5.4 million Venezuelans have fled the turmoil in their country since 2015, with 4.6 million of these remaining in neighboring Latin American countries and the Caribbean. The Caribbean was already struggling to keep up with this influx of migrants before the spread of COVID-19 increased the risks even further. The need for a comprehensive response is more critical now than ever.

On November 23, news outlets reported that a group of thirteen Venezuelan migrant adults and sixteen children were deported from Trinidad and Tobago back to their home country in wooden boats despite dangerous weather conditions. These migrants arrived in Trinidad and Tobago on November 17 and were detained upon arrival. Although the group was supposed to have a hearing in front of local courts, they were forced to leave before their appearance. This incident drew international attention when the deportees’ boat did not arrive in Venezuela as expected. The international community, including the Inter-American-Commission on Human Rights, has urged the government of Trinidad and Tobago to “strictly observe the duty of special protection of (children and adolescent) migrants and to consider their best interests in all decision that affect them.”

The deportees returned to Trinidad and Tobago after three days on turbulent waters, were rescued by locals in Cedros, detained in a local police station, and granted an emergency court hearing blocking a second deportation. The children will be placed in a mandatory quarantine for two weeks before being released into the custody of their parents or released along with their parents. While their short-term fate quickly changed, their future remains uncertain. Watchdog organizations like Amnesty International have reported dozens of Venezuelan deportations from Trinidad and Tobago, exemplifying that this latest development is not an isolated case. Amnesty International argues that “to deport Venezuelan refugees back to the human rights and humanitarian emergency that they were fleeing, in the middle of a pandemic, is an outrageous violation of the obligations that Trinidad and Tobago has committed to under international law.”

Per the Response 4 Venezuelans Platform, supported by the UN Refugee Agency and International Organization for Migration, there are approximately 195,800Venezuelan migrants and refugees in the Caribbean, with the Dominican Republic bearing the brunt of the crisis with 114,500, followed by 24,000 in Trinidad and Tobago, and 17,000 in Curaçao and Aruba—nearly 10 percent of the country’s population. It is likely that there are more migrants in these countries who are unaccounted for and who fear deportation. Contrasting official numbers, local nongovernmental organizations estimate that there are 40,000 Venezuelan migrants and refugees living in Trinidad and Tobago.

Given the small territory and population size of these island nations, the flow of migrants is disproportionately impacting their societies, and it is testing the weight of their institutions and resources, while also enhancing domestic issues like inequality and poverty. As Trinidad and Tobago is only seven miles off of the Venezuelan coast, many Venezuelan migrants arrive through illegal sea embarkations. Those coming to Curaçao, Aruba, and the Dominican Republic enter through official ports of entry, where visas are required, or through unauthorized locations. Approximately 10 percent of these migrants hold regular migratory status, suggesting that the majority work in under-the-radar jobs in the food services and hospitality industries where they can fall prey to labor exploitation.

With most countries in the region enacting strict quarantine measures to limit the spread of the coronavirus, Venezuelan migrants’ livelihoods were upended by shutdowns, increasing their food insecurity and housing vulnerability. More than 90,000 Venezuelans have returned to their country by land from Colombia and Brazil with an unknown amount from the Caribbean. These unprecedented times have caused thousands of Venezuelans to be stranded in the Dominican Republic and Curaçao awaiting humanitarian charter flights that have been limited due to Venezuela’s airport closures and restrictions on international flights. Nevertheless, a charter flight was sent to Oranjestad in September to repatriate a group of Venezuelans who had been in the country for months. Meanwhile, non-governmental organizations, such as Living Water Community in Trinidad and Tobago, Fundashon Salú pa Tur in Curaçao, and local diaspora organizations, are assisting migrants with health screenings, language immersion courses, and food and housing.

Latin America and the Caribbean has been one of the hardest hit regions by COVID-19, with cases upwards of 6 million, with very high numbers in countries like Aruba, the Bahamas, and Saint Maarten. The pandemic is putting at risk decades-long progress in employment, education, and health services. In the wake of such challenges, the international community should work alongside its Caribbean allies through multilateral institutions by offering them debt relief and restructuring packages, which will ensure these countries economic recovery and growth, and strengthen their resilience for future shocks and disruptions. This support, coupled with political will, can have a direct impact on migrants’ integration and socioeconomic inclusion. Migrants will be able to give back to their host countries through acquired knowledge and skills that will be re-injected into the economy. Caribbean and Latin American nations also need to reinforce their commitment to abide by international law and uphold human rights.

Even a country like Colombia, which has much more absorptive capacity, has seen significant social and economic strain from the migration crisis; the burden on small island states who lack the resources, personnel, and infrastructure needed to address this complex issue is even more severe.  The international community must address the concerns of these nations, and grant necessary assistance through the International Organization of Migration (IOM), the United Nations Refugee Agency (UNHCR), the World Food Programme (WFP), and International Committee of the Red Cross (ICRC), in coordination with the world’s single-largest funder for the Venezuelan migration crisis, the US Agency for International Development (USAID). The Caribbean and Venezuela are inextricably linked and the international community must not ignore the pleas of these nations who are on the frontlines of this emergency. But most importantly, the world must not turn its back on the humans that are most affected by this crisis, those who have fled the terrible economic and social collapse in Venezuela.

Complex identities: Kamala Harris and US foreign policy towards the Caribbean

The Maduro Regime’s Illicit Activities: A Threat to Democracy in Venezuela and Security in Latin America

Introduction By Diego Area and Domingo Sadurní Two months after the internationally recognized interim government marked its first year, Venezuela’s humanitarian crisis, the worst ever in the Western Hemisphere’s modern history, entered a new phase. The coronavirus pandemic, which has rattled even the most developed nations, is further straining a crippled health system already unable […]

Image: Venezuelan migrants, who were recently deported, arrive at shore on Los Iros Beach after their return to the island, in Erin, Trinidad and Tobago, November 24, 2020. Lincoln Holder/Courtesy Newsday/Handout via REUTERS