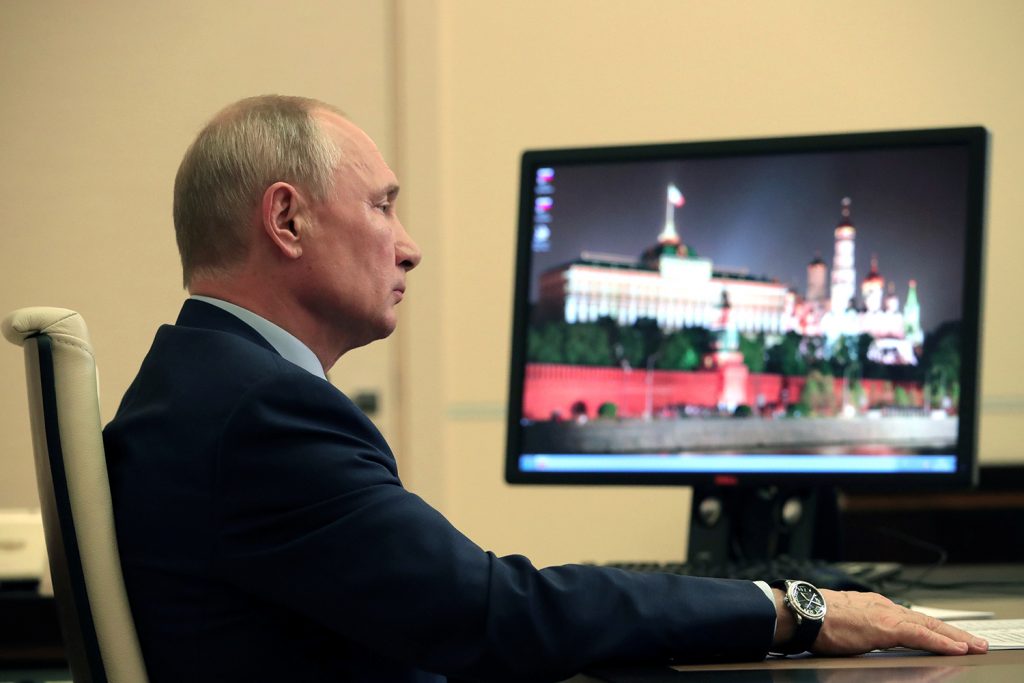 In the wake of a bombshell June 26 report in The New York Times that Russian military intelligence covertly paid bounties to Afghan militants to kill US and NATO soldiers, it has become clear that the West has entered a dangerous new phase of what former US Ambassador Michael McFaul calls the “Hot Peace” with Russia.

According to the Times, US officials concluded earlier this year that the secretive Unit 29155—known for a number of audacious assassination efforts and attempted coups—was responsible for an operation in 2019 designed to incentivize attacks from Taliban-linked Afghan militants. The US government has disputed elements of the story, but the intelligence assessment has been corroborated by other news outlets.

In 2019, sixteen American troops in Afghanistan were killed by hostile gunfire or improvised bombs. So far this year, two have been killed. According to The Washington Post, US intelligence assessments indicate that several of these deaths resulted from the Russian bounty operation. Several US casualties also stemmed from “green on blue” attacks by Afghan government forces, which are occasionally suspected of being infiltrated by the Taliban, though it is unclear if any of these were related to the bounties.

The motive for this particular operation isn’t yet known either, but officials say one potential explanation is that it was in retaliation for a February 2018 battle in which US forces defending an outpost in eastern Syria killed hundreds of Russian and Syrian government troops. The Russian forces were part of the Wagner Group, a private military organization owned by Yevgeniy Prigozhin, an oligarch and associate of Russian President Vladimir Putin. The Wagner Group is often utilized as an important element of the Kremlin’s foreign policy in the Middle East and Africa. Another possibility is that the operation was designed to derail US-Taliban peace talks. Whatever the rationale, it likely sprang from the Kremlin sensing strategic opportunities to harm the United States.

Reporting indicates that Unit 29155 may have been created as early as 2009, but US and European officials have only recently learned about it. Tasked with a mandate to destabilize and project power into the West, the unit is operated by Russian military intelligence—the GRU—and is made up in part of current and former military personnel with experience in conflict zones in which Russia has been involved, particularly Ukraine and the Caucasus. There’s limited information in the public domain about the apparently tight-knit group of approximately twenty men in their late 30s and early 40s.

These military-intelligence officers have been linked to attempted and successful assassinations of the Kremlin’s enemies, including the 2018 poisoning of former Russian military-intelligence officer Sergei Skripal in Salisbury, England and the 2019 shooting of a former Chechen commander in a Berlin park, as well as an attempted coup in Montenegro. These operations are often performed with an air of impunity—literally in broad daylight—to send the message that the Kremlin doesn’t much care about whether the West knows about them or what the consequences will be.

If Russian intelligence did indeed offer bounties, it would have been opening a new frontier in this not-so-covert campaign: directly targeting coalition forces, not to mention endangering peace talks between the United States, the Taliban, and the Afghan government that could end a decades-long war.

When US officials discussed the operation in March, they reportedly considered a menu of retaliatory actions ranging from a diplomatic reprimand to targeted sanctions. But the White House appears to have not yet authorized an official response. Going forward, the United States and Europe should prioritize forming a united front against these Russian operations.

So far, the Western response has been anything but consistent. The United States invited Russia to rejoin the Group of Seven in May, French President Emmanuel Macron has called for rapprochement with Putin and plans to travel to Moscow soon, and Germany’s partnership with Russia on the Nord Stream 2 natural-gas pipeline continues to present risks to European energy security.

And even when the West has retaliated against the Kremlin’s brazen intelligence operations, the responses appear to have been inadequate. While targeted sanctions from the US have been effective in cases such as Nord Stream 2, where completion of the pipeline has been seriously hampered without foreign support, sanctions and diplomatic expulsions seem to have done little to deter the types of on-the-ground intelligence operations made infamous by Unit 29155.

To seriously combat this flurry of bounties, targeted killings, and attempted coups, Western leaders need to separate policy toward Russia from their domestic politics and coordinate with each other to develop that policy. The United States and its allies must listen to the warnings of intelligence agencies and recognize this coordinated campaign of destabilization for what it is: a new and lethal threat shared by each country within which Putin’s agents are operating. The Hot Peace is heating up.

Doug Klain is a program assistant with the Atlantic Council’s Eurasia Center. He tweets at @DougKlain.

By Marika Sosnowski and Jonathan Robinson

By mapping where Russia’s Center for Reconciliation of Conflicting Sides in Syria has delivered aid over an 18-month period (between 2018 and 2020), a picture of Russia’s soft power tactics in Syria can be formed.

Putin and the ‘real lessons’ of World War II

Putin pins the blame for Moscow’s most notorious foreign-policy action—signing a 1939 Nazi-Soviet pact—on the West and distorts the historical record. Even if some of Putin’s criticisms of Western behavior are justified, his failure to acknowledge the USSR’s World War II-era misbehavior makes it impossible to trust him.