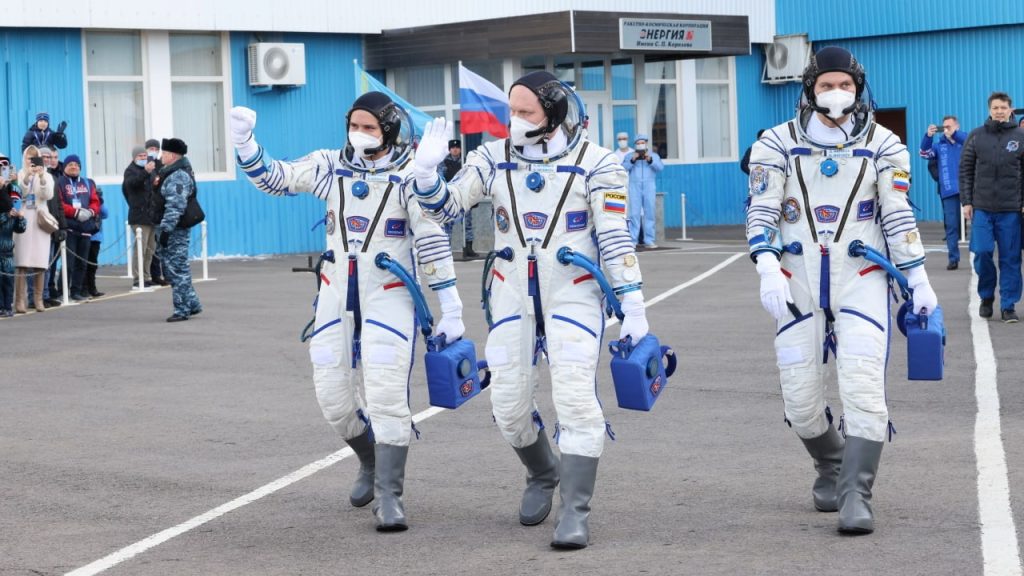 Russia appeared to launch its standoff with the West to new heights this week by announcing that it will pull out of the International Space Station (ISS) by 2024 and build its own space lab.

While the decision wasn’t a total surprise, its timing—as tensions flare over the Kremlin’s invasion of Ukraine—raises questions about the future of partnership and security in an erstwhile apolitical domain.

Haven’t Russia and the international community cooperated in space for decades? What’s the significance of this decision?

That’s right. Russia and the United States’ joint involvement in space goes back to the early 1990s, soon after the dissolution of the Soviet Union. In recent years, there has been some uncertainty as to how long the ISS would remain operational. Russia even announced as far back as 2015 that it would depart the ISS program in 2024; this most recent announcement is convenient strategic messaging on its part and isn’t necessarily surprising.

We mustn’t mirror our values on others who do not share our views on sustaining the environment, the dignity of human rights, and the upholding of democracy. Russia’s decision is a wake-up call for everyone who continues to cling to the idea that space is being used only for peaceful purposes. The United States’ strategic competitor does not view space only as a diplomatic instrument of national power. Russia is effectively ending a very successful diplomatic endeavor built on the progress and expansion of humanity. The US Department of Defense realized this unfortunate evolution about six years ago, when it recognized space as another warfighting domain.

Russia says it’s planning to build its own outpost. What should we expect that to look like?

In that same 2015 announcement, Russia stated that it would detach the ISS modules it maintains and operates to create its own outpost in low-Earth orbit to meet its national space objectives. But whether Russia will actually request to detach its ISS modules is unknown at this time. Generally, Russia is well-versed in space-station operations; it operated its own, Mir, from 1986 until it was decommissioned in 2001. Most likely, Russia will go all in on its planned International Lunar Research Station with China.

Russia is expected to launch the first module of its proposed new space station sometime between 2025 and 2030. Other modules, yet to be produced, will likely be launched between 2030 and 2035. But their current Soyuz spacecraft does not have the capability to reach China’s Tiangong space station; therefore, between 2024 and at least 2035, Russia cedes the capacity to put humans in low-Earth orbit. This vulnerability effectively undermines Russia as a space superpower because it seems increasingly likely that they would be a follower, rather than a leader, in space at least for the next decade.

International cooperation seemed to be the standard for space exploration. What would a separate Russian space station mean for its future?

To accomplish anything truly meaningful in space, partnerships are required. In Russia’s case, it is clearly moving away from accepted standards of behavior and further away from the West (as seen in the current conflict with Ukraine). The ISS may be the last mutually beneficial area in which Russia and the United States collaborate for the foreseeable future. Its decision to partner with China in space is also a clear signal that it will continue to diverge from the West. As Russia and China build upon their partnership in space, the United States needs to also leverage its vast partnerships, resourcefulness, competitiveness, and innovative spirit to advance its own interests there.

The environment in space is dangerous to all humans, which is why international cooperation is vital to human presence there. Whether or not Russia remains committed to operating its own station, its behavior has already raised concerns for human sustainability and security in space: Its reckless November 2021 anti-satellite test threatened the lives of even its own cosmonauts. The United States has invited spacefaring nations to participate in NASA’s Artemis program to explore the moon, and has repeatedly committed itself to the ISS. If Russia’s space-station ambitions are realized, it would not have a functional station until the mid-2030s. In the intervening period, cosmonauts might need to rely on rides to China’s Tiangong space station to maintain their human presence in low-Earth orbit. But Russia may also be growing tired of just floating around in low-Earth orbit; this is probably why it plans to tag along with China as it aims to establish a permanent research station at the lunar south pole.

What about when it comes to defense: Should Russia’s decision spark any security concerns?

The United States has already determined that space is a warfighting domain. Russia’s departure from the ISS may serve to clarify Russia’s intent. As when any partnership or relationship degrades, one can expect to see increased tension and stress in that area—outer space in this case.

Russia’s decision to withdraw highlights how peace and diplomacy in space is not a priority—just as they have exhibited by their “evil empire” strategy and tactics in Ukraine, Syria, on the high seas, and their trolling of US satellites in space. Russia has a higher threshold of acceptance for risk than the United States and our space partners. 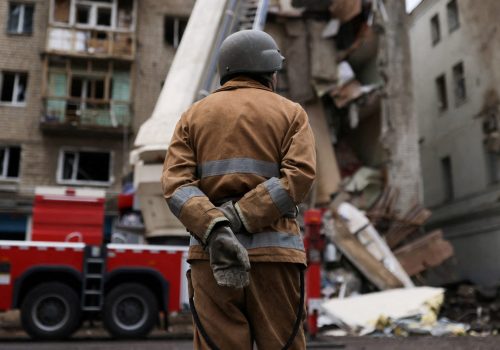 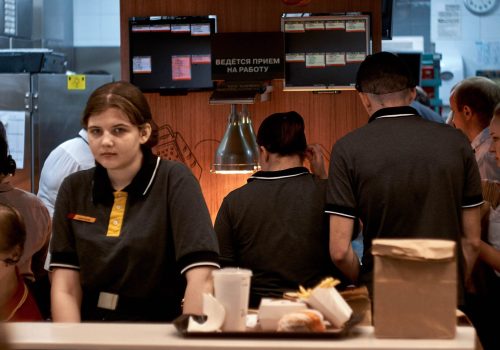 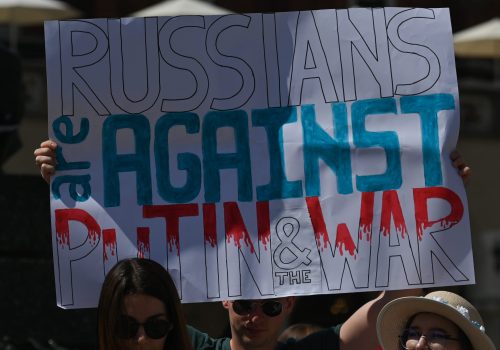 Winning friends and influencing Russians: Three audiences the US should target

The Biden administration needs an offensive strategy that prioritizes transparency and truth to defeat Russian aggression.