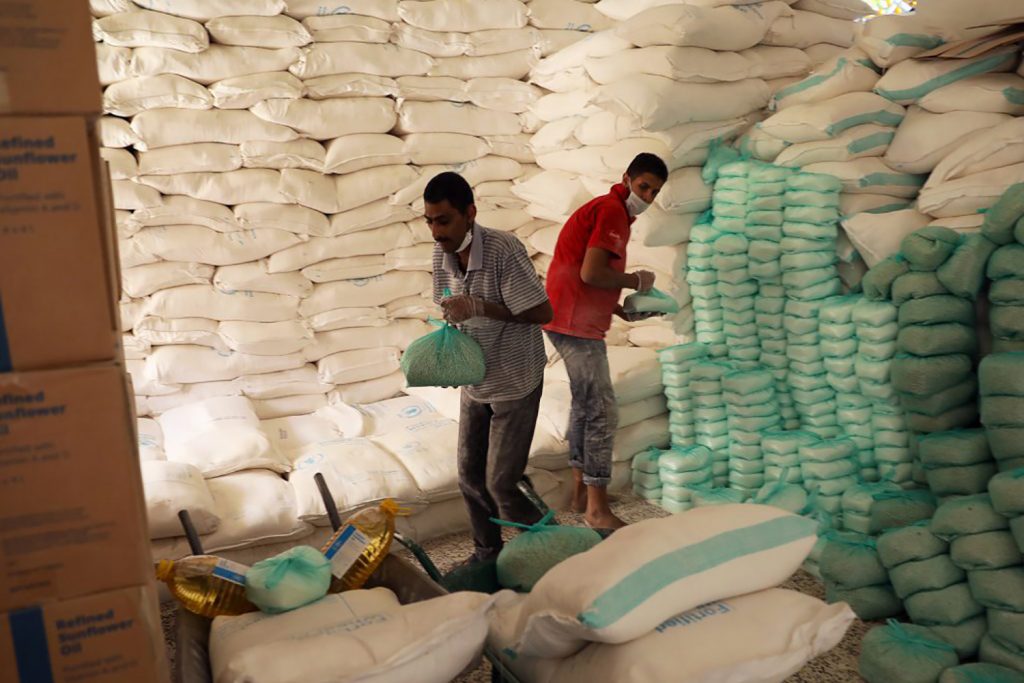 This week’s spring 2021 meetings of the International Monetary Fund (IMF) and World Bank are taking place as the global economy recovers strongly but unevenly from the COVID-19 crisis, posing difficult questions about how to deal with the impacts of the pandemic and implement support measures.

Key issues for discussion include determining how to steer fiscal and monetary policies in the period ahead so as not to prematurely withdraw support for the recovery while not validating rising inflation expectations; finalizing arrangements for a general Special Drawing Rights (SDRs) allocation and commitments to channel surplus SDRs from high-income countries to low-income ones; making more progress in the Group of Twenty (G20)-sponsored Debt Service Suspension Initiative (DSSI) and Common Framework (CF) for Debt Treatments beyond the DSSI to assist highly indebted low-income countries; and addressing potential financial-stability risks posed by money-market and hedge funds.

The challenges of an uneven economic recovery

After a year of the pandemic, which could cost the world $28 trillion in lost output by 2025 according to the IMF, the global economy has recovered. It could grow by an estimated 5.5 percent this year (ranging from 12.5 percent in India to 2.9 percent in the Middle East and Africa), driven by massive fiscal- and monetary-policy support and the rollout of COVID-19 vaccinations.

Both the support measures and the vaccination campaigns, however, have been implemented unevenly across countries, which could prolong the pandemic and put the economic recovery at risk—especially for low-income countries. Out of the $18 trillion of global fiscal-support measures, advanced economies have implemented measures worth 13 percent of their gross domestic product (GDP). That figure, by contrast, is 4 percent for middle-income countries and only 2 percent for low-income countries. As for the vaccination rollout, the United Kingdom and the United States are well ahead of other countries, having put at least one jab into the arms of 47 percent and 32 percent, respectively, of their populations. Europe is in the middle of the pack at 12 percent, while most developing countries lag far behind—with quite a few having yet to receive any vaccines.

Moreover, uneven policy support, vaccination, and growth have created asymmetric challenges for different groups of countries. In the United States, inflation expectations have risen above the 2 percent official target over the next year, driven by an incipient rebound in consumer and business demand reinforced by cost increases caused by bottlenecks in global supply chains. As a result, ten-year US Treasury yields have risen by about 120 basis points from their pandemic-era low, triggering a bond-market tantrum that has elevated financial-market volatility and a reduction in portfolio capital flow to emerging markets.

The United States and developed countries in general should be able to cope with somewhat higher inflation and interest rates if their economic recoveries prove to be robust. The fiscal impulse in the US, having added 3.3 percentage points to the country’s GDP growth in 2020 and 1.6 percentage points in 2021, will turn negative in the following few years, reducing the risk of accelerating inflation. And, if autonomous growth is not sustainably strong, inflation and interest rates would reverse at least some of their recent rises and stabilize. By contrast, emerging markets and low-income countries remain vulnerable to the downside risks of a slow and tentative recovery. They are still exposed to the pandemic and now further burdened by higher interest rates in mature economies, which is reducing capital flows to emerging markets.

For developed countries, the appropriate policies at this juncture are to be cautious about withdrawing stimulus prematurely—thus causing their economies to underperform for a long period of time—and to focus increased fiscal resources on infrastructure investments, especially those related to the digital and green economies. These fiscal measures need to be funded less by deficits facilitated via central bank bond purchases (so as not to add much more to public debt) and more by tax increases (for example, on households with very high income and low marginal propensity to consume). This would raise productivity and the potential growth rate of the economy, generating the resources to service higher levels of public debt and address social problems. Low-income countries, on the other hand, need more sustained assistance from the international community.

A concrete way to help emerging markets and low-income countries, which has attracted international consensus and thus will be decided at the meetings, is for the IMF to make a general distribution of SDRs worth $650 billion to its members (not exceeding the US IMF quota and thus not requiring congressional approval). This would raise the global holdings of reserve assets by 4.5 percent, with the majority of allocated SDRs (58 percent) going to developed countries (and only 3.2 percent going to low-income countries. Nevertheless, this small percentage allocation translates to $21 billion for low-income countries. That’s much more than the $11.6 billion of COVID-19 related assistance (out of a total of $237 billion) provided by the IMF, World Bank, and other international financial institutions in 2020, or the meager $5 billion in external debt-service relief granted to about forty-six of the seventy-three low-income countries eligible for the DSSI last year.

At the same time, the IMF should also finalize arrangements, with definite commitments, for developed countries to lend or donate the surplus SDRs they will receive to schemes such as the IMF’s Poverty Reduction and Growth Trust (PRGT), which provides interest-free loans to low-income countries. In addition, the IMF can use some of the donated or lent SDRs from developed countries to set up a liquidity support facility for the hard-currency sovereign debt of low-income countries, an idea that has been proposed by several observers. Such a facility could intervene at the beginning of market turmoil to provide subsidized repo funding to investors in the sovereign debt of low-income countries, preventing prices from collapsing and triggering a debt crisis.

A recent report from the United Nations Development Program (UNDP) notes that the DSSI has produced a meager result—granting debt-service relief of $5 billion in 2020 to forty-six countries that applied to the program out of the seventy-three countries that were eligible, a figure equivalent to 10 percent of their total external debt-service payments due last year. Moreover, the list of seventy-three eligible countries is not identical to the list of vulnerable countries. The UNDP has analyzed debt-vulnerability indicators for 120 low- and middle-income developing countries and identified seventy-two vulnerable countries (seventeen of which are severely so) with total external debt services of $598 billion over the course of 2021-2025. But one-third of them, responsible for two-thirds of the total debt services, are not eligible for the DSSI or the CF.

Consequently, there is a need to extend the DSSI throughout the duration of the pandemic and beyond its scheduled expiration date of June 2021, to expand its coverage to include other vulnerable developing countries, and to get all creditor groups to participate in the granting of relief. So far, the DSSI’s main achievement has been with the Paris Club of official creditors. But the Paris Club has become the smallest creditor group compared with private-sector creditors (who are owed $311 billion, or 52 percent of the total debt services in 2021-2025, and have not been asked by low-income countries for relief); China’s official, hybrid, and private-sector lenders (whose lending and differentiation needs to be transparent and follow international standards, even though China has participated in the DSSI); and the multilateral development banks (which have refused to participate in the DSSI because of their provision of concessional aid to developing countries). Without full participation by all creditor groups, the DSSI will continue to offer limited relief to low-income countries in need. Furthermore, many low-income countries have been reluctant to apply to the DSSI involving private-sector creditors, for fear of being downgraded by credit-rating agencies. Such an outcome would shut them out of international capital markets just for obtaining modest relief with their debt-service payments.

The Common Framework (CF) for Debt Treatments, in being a set of principles and not an operational roadmap, has suffered from similar problems—including the challenge of involving all creditor groups in an initiative based on voluntary actions, case-by-case consideration, and fears among indebted countries of being downgraded by credit-rating agencies if they apply. So far, only three countries (Chad, Ethiopia and Zambia) have applied under the CF for external debt relief. To be effective, the CF, like the DSSI, needs to be reformed and further developed. In particular, the credit-rating problem can be finessed by arrangements to expedite the debt-restructuring process so that the default rating on defaulted debt can be quickly restored to a normal rating on the exchanged instruments, minimizing the window of exclusion of the debtor country from international capital markets. At the same time, creditors participating in the CF should formalize market practices of exempting short-term debt from restructuring and commit to maintaining the debtor’s access to short-term funding.

Certain practices of money-market mutual funds and hedge funds should also be examined more closely now that banks have proved to be resilient during the pandemic, thanks to Basel III reforms imposing higher capital and liquidity requirements. Specifically, US prime money market funds (PMMFs) could get into a short-term funding squeeze because of their reliance on repo markets that are susceptible to liquidity flights; such liquidity crises hit even the most liquid market for US Treasuries in March 2020. Moreover, the PMMFs have been vulnerable to redemption risks whenever the risk aversion of investors heightens, despite countermeasures such as redemption gates and liquidity fees. These episodes of market turmoil involving PMMFs and hedge funds over the past twenty months required central-bank intervention to stabilize financial markets, in the process creating unhealthy moral hazards. International regulators need to identify effective measures to address these financial-stability risks.

In another area of concern, some hedge funds and family offices have made very highly leveraged bets using total return swaps arranged with major banks. This has exposed both entities to risks of significant losses, as in the recent case of Archegos Capital Management. At present, banks like to arrange total return swaps with hedge funds, collecting a steady stream of fee income in exchange for delivering the agreed total returns on expiration of the swaps. Furthermore, the way such swaps transactions are booked allows banks to put aside less capital for reserves than for loans. Given the growing popularity of total return swaps, these activities need better disclosure and transparency, especially by banks, for effective risk monitoring and management.

Rich countries must live up to their pledges by getting specific about the resources they’re making available to low-income countries—particularly in Africa—to deal with the economic downturn and rising debt. The meeting of G20 finance ministers on February 26 will provide an opportunity to fill in the policy blanks.

What vaccine nationalism and diplomacy tell us about future pandemics

Image: Workers prepare foodstuff for beneficiaries at a food distribution center supported by the World Food Program in Sanaa via Khaled Abdullah/Reuters