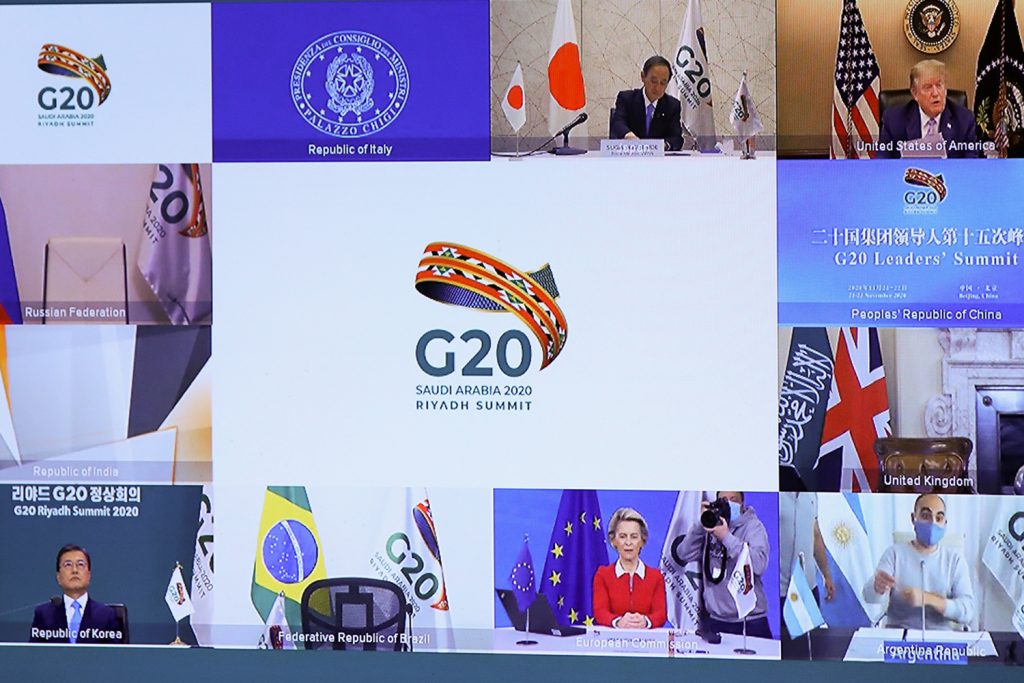 After a four-year hiatus, multilateralism and global cooperation have made a decisive return to the American president’s agenda. The Biden administration’s initial steps have been in the right direction, including re-entry into the Paris climate accord and a fresh four billion dollars for equitable global vaccine distribution through the COVAX Facility. The administration has also contributed to the Group of Seven (G7) leaders’ reaffirmation of support for vulnerable countries hit by the recession that has accompanied the pandemic.

It’s in the details, however, that these commitments will be tested. Rich countries must live up to their pledges by getting specific about the resources they’re making available to low-income countries—particularly in Africa—to deal with the economic downturn and rising debt. The meeting of Group of Twenty (G20) finance ministers on February 26 will provide an opportunity to fill in the policy blanks.

To be fair, the international community has taken some measures to deal with the impact of the pandemic. The G20’s Debt Service Suspension Initiative (DSSI) has provided about five billion dollars in interest relief on government-to-government loans to more than forty of seventy-three eligible low-income countries. This has been bolstered by larger amounts of debt relief and aid from the IMF and the World Bank, creating some room for countries to increase health spending and strengthen social safety nets.

In addition, the G20 Common Framework for Debt Treatments, launched in November 2020, aims to ensure that all G20 members are in sync when assisting low-income countries that face unsustainable debt loads—especially on the issue of maintaining transparency about debt-restructuring agreements.

Yet the capacity of wealthy countries to do more to help lower-income countries has been constrained by the prolonged impact of the pandemic, which has forced G7 policymakers to focus on increasing the extraordinary fiscal and monetary support they are providing their own citizens. The United Kingdom, for example, has slashed its foreign-aid budget but is considering extending generous unemployment support and business-tax relief until the end of the year. In the United States, the four billion dollars promised to the COVAX Facility represents a tiny fraction of Joe Biden’s proposed $1.9 trillion pandemic-relief package. The challenge is for the wealthy countries to both maintain their fiscal stimulus at home while also assisting the developing world.

The G7 should head into the meeting of G20 finance ministers with a concrete set of proposals to assist low-income countries. They could push for several steps to be taken:

This package would provide substantial assistance to the countries that need it most. But even if it were implemented, a huge gap would remain: Private-sector lenders, unwilling to follow the example of governments, have yet to provide relief on interest and principal payments. It is a contentious issue, not least because international banks are under pressure from credit-rating agencies not to extend debt-service relief to low-income countries or support restructuring.

Fitch Ratings, one of the Big Three global credit-rating agencies, warned in a February report that “while a restructuring of debt to [foreign government] creditors in itself would not constitute a sovereign default, a restructuring of debt to the private sector in the context of the Common Framework is likely to meet Fitch Ratings’ definition of a distressed debt exchange (DDE) and lead to a ‘Restricted Default’ rating.” The agency added that unless the Common Framework specifically states that it will not require private-sector involvement, a government simply stating its intention to seek debt restructuring is likely to face a downgrade to a rating equivalent to junk-bond status. Countries saddled with such a rating have a difficult time issuing new bonds, and even then only at very high interest rates.

In early February, Ethiopia’s government announced that it planned to restructure a one-billion-dollar Eurobond under the Common Framework. Fitch Ratings and S&P Global Ratings responded by reducing their ratings for the bonds—and thus issued a warning to every low-income country struggling to deal with the worst public-health crisis in a century.

The gulf between official and private creditors demands global leadership. It is politically untenable for official creditors to provide debt relief and additional financing to countries hit by the pandemic in the absence of private-sector participation. Too much money freed up by debt relief is simply going into the pockets of private creditors, since so far they refuse to participate in DSSI and still insist on debt-service payments. That is money that should be going to public health and other needs.

The US Treasury under Janet Yellen has the muscle to summon private-sector financiers to resolve the standoff. The banks and credit-rating agencies must recognize that low-income countries are innocent bystanders to the pandemic—just like the rest of the world. A revitalized international community should put its money behind its rhetoric and provide low-income countries the resources they need without punishing them. Failure to do so will be a moral default.

Vasuki Shastry, formerly with the IMF, Monetary Authority of Singapore, and Standard Chartered Bank, is the author of the forthcoming book Has Asia Lost It? Dynamic Past, Turbulent Future. Follow him on Twitter @vshastry.

Jeremy Mark is a senior fellow with the Atlantic Council’s Geoeconomics Center. He previously worked for the IMF and the Asian Wall Street Journal. Follow him on Twitter @JedMark888

Developing countries are sinking in a world awash in cash. Here’s what the US can do.

Economic policy built on hope is bound to disappoint. What is needed is grant aid that does not increase debt burdens—and leadership based on a clear understanding of the problems facing countries rich and poor. That is where the Biden administration is positioned to make a difference.

Why the G20 should do more for financial inclusion

As our societies build back better after the pandemic, vulnerable populations cannot be left behind. Financial inclusion will be crucial to making the global recovery more sustainable and its benefits more widely shared.

Image: A screen before the start of the virtual G20 meeting hosted by Saudi Arabia, amid the coronavirus disease (COVID-19) outbreak, in Brussels, Belgium November 21, 2020. REUTERS/Yves Herman/Pool