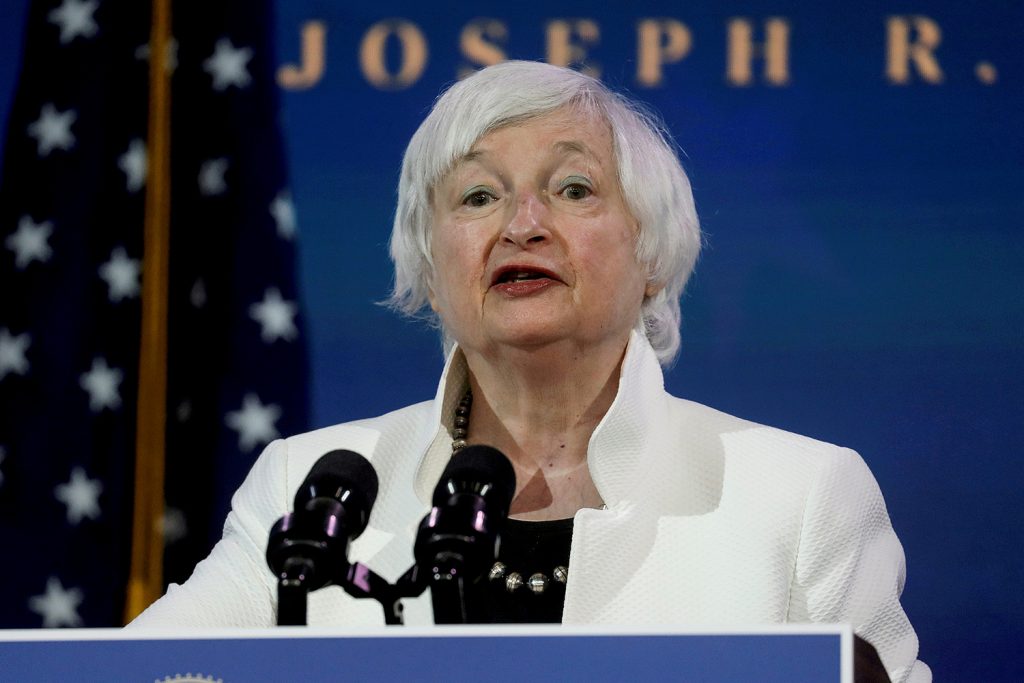 It’s been a big week for a big idea. On Monday, US Treasury Secretary Janet Yellen advocated for a global minimum corporate tax in her first major public address. US National Security Advisor Jake Sullivan swiftly underscored the message, tweeting that “the U.S. is committed to end the race to the bottom on corporate tax rates and prevent corporations from shifting jobs overseas” as a core piece of its national security strategy. As policymakers around the world consider a global minimum corporate tax, it is important to understand the context behind the concept and how this tax might actually work.

International corporate taxation has long presented a challenge for tax authorities around the world. The emergence of globalization and intangible capital in recent decades has made taxing multinational corporations (MNCs) increasingly difficult, and greater international cooperation is needed to make such taxation more effective. A global minimum tax on profitable MNCs would ensure that a baseline level of revenue is collected from them. Although this tax would not solve all problems related to corporate tax avoidance and evasion, and its design and implementation need careful consideration, it would be an important and helpful step.

The evolution of MNCs’ structure and behavior pose dilemmas for governments. Should MNC profits be taxed in the jurisdiction(s) where economic activities and value creation occur, or where these entities are technically headquartered? How should corporate subsidiaries and difficult-to-value assets such as patents be handled? These types of questions—alongside competing priorities like revenue collection, global competitiveness, and tax efficiency—illustrate the difficult task at hand for the global community.

In today’s economy companies can easily invert their structure and shift profits to tax havens, and intangible capital (e.g., software) is more difficult to precisely value and locate compared with tangible capital (e.g., a factory that produces physical goods). Countries have competed against one another for corporate investment, leading to a race to the bottom as statutory corporate tax rates have continuously fallen globally for forty years. In 1980 the worldwide average statutory corporate tax rate was around 40 percent, as compared to around 24 percent in 2020.

Additionally, the number of tax havens has increased. And effective corporate tax rates are even lower than statutory rates given the proliferation of loopholes. In 2021, the British Virgin Islands, the Cayman Islands, Bermuda, the Netherlands, Switzerland, and Luxembourg were ranked the “jurisdictions most complicit in helping MNCs underpay corporate income tax.” There is significant corporate tax revenue at stake in all this; it is estimated that governments miss out on between $200 and $600 billion in revenues each year (around 10 to 15 percent of annual global corporate tax revenues).

Most economies utilize some version of a worldwide or territorial tax system. In a worldwide system, domestic and foreign corporate income is taxed. To prevent double taxation, resident corporations can claim a tax credit to offset some or all of the foreign income tax they have paid. In a territorial system, corporate taxes are only paid on income that is generated within the country’s jurisdiction. Most advanced economies have adopted territorial systems.

The United States used a worldwide system until 2017, when the Tax Cuts and Jobs Act (TCJA) moved the country to a hybrid model closer to a territorial system. The TCJA featured several notable changes such as the removal of a tax on repatriated dividends from the foreign subsidiaries of US MNCs, a minimum tax on the intangible profits of US companies’ foreign subsidiaries, and a one-time transition tax on past profits of foreign entities belonging to US MNCs. Despite these changes, US MNCs have continued shifting profits to tax jurisdictions with lower corporate tax rates, in part due to the law’s design. Globally, the magnitude of tax maneuvering is so large that macroeconomic data is distorted via “phantom investments,” where large Foreign Direct Investment figures don’t reflect economic activity but rather empty corporate shells fashioned to lower tax bills.

To address this problem, the Organisation for Economic Co-operation and Development (OECD) and Group of Twenty (G20) have been leading the Base Erosion and Profit Shifting (BEPS) initiative—a multilateral negotiation with over 135 countries, including the United States—since 2013. (It’s these negotiations that Yellen was referencing in her remarks.) A global minimum tax is now one of the two central pillars of the BEPS initiative alongside a separate proposal to tax technology MNCs in part based on where their users are located. The debate over a digital-services tax was at the heart of transatlantic tensions last year involving unilateral tax and tariff measures. A specific global minimum tax has not been agreed to, but the basic framework of how one would work involves a “top-up” tax.

As an example, assume Country A has a corporate tax rate of 20 percent and Country B has a corporate tax rate of 11 percent. The global minimum tax rate is 15 percent, and Company X is headquartered in Country A but reports income in Country B. Country A would “top-up” the taxes paid on profits earned by Company X in Country B in a manner equal to the percentage-point difference between Country B’s rate of 11 percent and the global minimum of 15 percent (e.g., Company X would pay in taxes an additional 4 percent of profits reported in Country B). This approach would set a floor on the collection of global tax revenue and help alter corporate incentives because companies would know that profits shifted to tax havens would face incremental taxation. It would also provide transparency on corporate tax practices since enforcing a global minimum tax would require country-by-country reporting of corporate activities.

Countries have also proposed incentives to persuade lower-tax countries to join the agreement, including denying certain tax deductions on income earned in a country that does not adhere to the minimum tax rate. The OECD has released high-level revenue-impact estimates, which assume a 12.5 percent global minimum tax rate, and found significant revenue gains for countries at all income levels.

Momentum for a global minimum tax stalled last year, partially due to roadblocks from the Trump administration, but it has returned of late. The OECD is targeting mid-2021 to reach an agreement on a global minimum tax, and the International Monetary Fund and the United Nations Panel for International Financial Accountability have recommended the measure as well. This timing also aligns with the Biden administration’s push for a global minimum tax as a part of its overall corporate tax reform proposal, intended to help pay for the significant investments outlined in the American Jobs Plan.

While a global minimum tax has high potential, in practice it is unquestionably complicated. Which countries will agree to it? How will reporting work? What counts as taxable income and which deductions should be included? Can countries enforce this? Some businesses are concerned about hits to their competitiveness from possible double taxation and increased compliance costs, and some tax experts question how efficient and effective a global minimum tax would be.

Some aspects of these reservations make sense. And because of widespread abuse and advanced sheltering techniques, a global minimum tax will not on its own deter all corporate tax avoidance and evasion.

Nevertheless, it is still worth trying to enact a global minimum tax. Once a system is in place, it will be easier to adjust the tax as needed to be more effective. Plus, with such a low cost of capital there is good reason to think corporations will be able to adjust their investment decisions without too much difficulty. Many MNCs are already preparing for and prefer a global standard compared to country-by-country proposals.

An agreement of this nature would be unprecedented and lay down an important marker for the future of international corporate taxation. Given the trend of decreasing corporate taxation, the scale of lost revenues, and the need for resources as the world tackles challenges such as climate change and recovery from the COVID-19 pandemic, complexity and potential imperfection should not prevent action.

Jeff Goldstein is a director of strategy and consulting at Fidelity Investments. During the Obama administration he served as the deputy chief of staff and special assistant to the chairman of the White House Council of Economic Advisers. He also worked at the Peterson Institute for International Economics. The views and opinions expressed in this article are strictly his own.

Investing in US labor for today and tomorrow

The labor market in the United States has substantially improved since the early days of the COVID-19 pandemic, but significant slack remains. Investing more resources into active labor market policies will provide micro and macro benefits in the short-run as the economy continues to recover, as well as in the long-run as the U.S. labor market grapples with structural challenges.

The Committee on Foreign Investment in the United States plays a vital role in the national security of the United States, especially in a geopolitical climate in which economic statecraft is contested. However, CFIUS bears a heavy cost burden. How can the US extract more value from these costs?

How Janet Yellen can help deliver the digital dollar

What precisely will the US Treasury Department do about the rise of digital currencies? Secretary Yellen and Federal Reserve Chairman Jerome Powell should quickly harness the potential of these evolving financial tools, including a US-backed digital dollar.