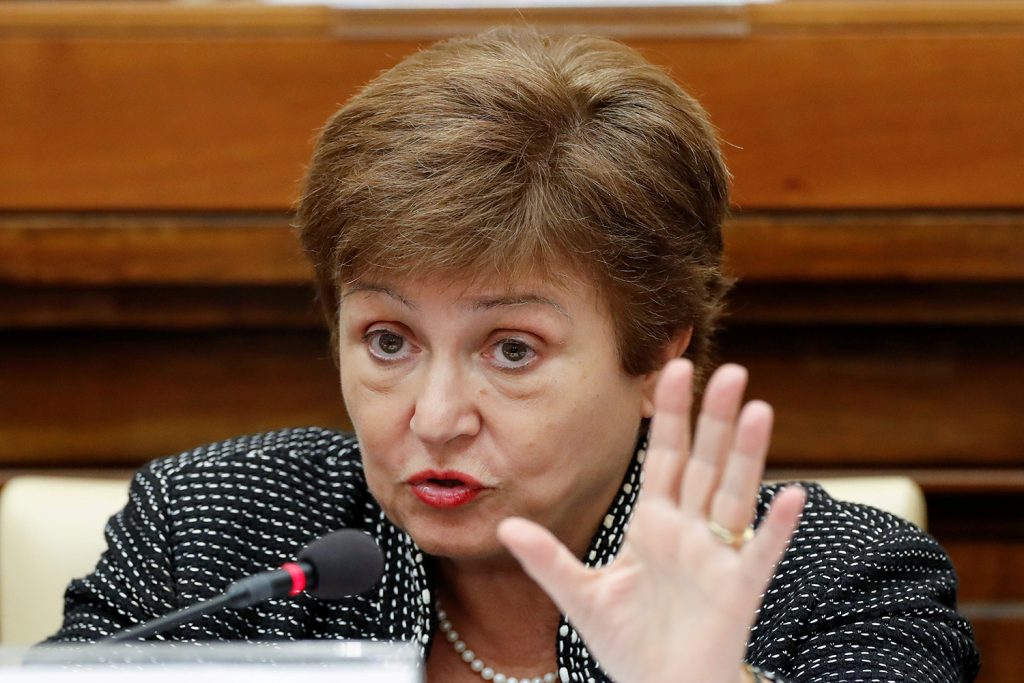 Weeks into the massive economic dislocations triggered by the COVID-19 pandemic, major countries have launched unprecedented monetary and fiscal stimulation programs to support their economies. By the end of March, additional fiscal stimulation plans have been announced, exceeding the $5 trillion mark mentioned in the Group of Twenty (G20) summit statement less than a week ago. The key challenge now is to ensure a timely and effective implementation of those plans. In particular, it is important to find ways to get liquidity quickly to those who need it most, as many of them may not be able to access the support programs. This predicament applies to a wide range of weak borrowers in the corporate and sovereign sectors across the world. Some progress has been made to address this problem, but gaps remain and more needs to be done.

In contrast to the 2008 financial crisis when banks bore the brunt of funding crisis, this time corporate borrowers have suffered much more—having increased their indebtedness significantly over the past decade (to $43 trillion or 91.3% of gross domestic product (GDP) in mature markets; and $33 trillion or 94.4% of GDP in emerging markets). Heavy redemption of corporate bond funds amid heightened risk aversion has substantially widened high grade and high yield spreads against US Treasuries, making refinancing quite expensive and even impossible for many weak credits. According to a major rating agency, default rates among high yield issuers would triple to 10 percent or more in a year’s time—exacerbating the current waves of layoffs.

Appropriately, most monetary and fiscal support packages contain facilities to help companies in financial distress—ranging from loans to guarantees. In particular, the US Federal Reserve (Fed) has joined the European Central Bank (ECB) and the Bank of Japan in including high grade corporate bonds in its asset purchase programs. It has also started a Commercial Paper Funding Facility, providing crucial support for short-term corporate funding. As a result, high grade spreads have narrowed. However, high yield issuers are left out in the cold—their spreads against high grade bonds have widened further. In normal times, low interest rates would trigger a search for yield, spreading liquidity to high yield borrowers. In the present crisis, heightened risk aversion will probably persist, prolonging the credit segregation against low-rated companies (as well as sovereigns).

As part of many fiscal programs, small companies can get help to maintain payrolls to help minimize unemployment, and its economic and social costs. For example, in Germany and some other European countries, short-time work programs provide wage subsidies to companies to keep workers on their payrolls. In the US CARES Act, a $350 billion Payroll Protection Program will offer loans to small companies, portions of which can be converted into grants if the companies meet certain spending requirements including maintaining current payrolls for eight weeks. Those programs are well designed, as many small companies are hardly in a position to take on more debt. However, it still remains to be seen if those facilities are sufficient to help enough companies both meet payroll expenses and debt servicing or to cover all the weak companies in debt distress. And these weaker companies are numerous: about a third of US corporate debt is held by companies struggling with low interest coverage ratios (less than two) while in Europe, at any point in time, about 16 to 36 percent of companies are estimated to be “zombies,” kept alive by low interest rates.

Similarly for sovereigns, after the ECB started to deploy its €750 billion securities purchase program with flexibility on how many bonds from any member countries it can buy, the spread of Italy government bond yield against Germany narrowed visibly. However, as Italy’s public debt to GDP ratio—currently at 135 percent—is expected to rise quickly to surpass 150 percent in the foreseeable future, more firepower should be put in place. Since the proposal by nine Euro Area (EA) member countries to launch a joint bond issue (so-called “coronabonds”) to raise funds for joint support measures and to demonstrate solidarity seems to not be going anywhere, the EA leaders should at least move quickly to allow the European Stability Mechanism (ESM) to make available its emergency credit lines with few conditions attached—for example, the Enhanced Conditions Credit Line for up to 2 percent of a member’s GDP. Even if the ESM’s resources are finite (€410 billion in unused capacity), accessing its credit lines can make a member state’s short-term securities eligible for unlimited purchases by the ECB Outright Monetary Transactions (OMT) program if or when it is activated.

More generally, to alleviate the dollar funding pressure overseas, the Fed has moved quickly to enhance and offer currency swap lines with fourteen major central banks, including from four emerging market countries. In a step beyond what it did in 2008, the Fed also offer repo lines for US Treasury securities held by other central banks not participating the swap arrangements. This is a positive move, helping more countries to quickly obtain dollar liquidity to support their economies without having to sell Treasury securities on open markets, diluting the easing impact of the Fed asset purchase programs. However, the Fed swap and repo lines still leave out many emerging market countries having meager foreign exchange reserves to begin with. All together, emerging market borrowers have piled up $8.3 trillion of hard currency debt, most of which is in US dollars.

The need for—and difficulty of getting—dollar liquidity applies particularly to less developed and low income countries—numbering seventy-six and eligible for concessional lending from the International Development Association (IDA). They have been hit hard and face redemption pressure of $40 billion this year on their debt, $18 billion of which owed to official bilateral creditors. The IMF and World Bank have jointly called on those bilateral creditors to offer a standstill on this year’s debt payments. Better still, the two institutions can offer a joint guarantee facility to service the debt of the IDA seventy-six, say for this year and next—the beneficiary countries will negotiate with the IMF and World Bank on how they will repay the advances once the guarantee is activated.

So far only a few steps have been made to augment IMF resources to help member countries fight the pandemic crisis—eighty-five countries have now requested emergency assistance. The United States has approved the doubling of the New Borrowing Arrangements (to $500 billion) and the IMF Executive Board has approved another round of bilateral borrowings—both effective as of the beginning of 2021. However, in its March 27 virtual meeting, the International Monetary and Financial Committee (IMFC) unnecessarily delayed any decisions on increasing the Fund’s lending capacity until its Spring meetings on April 13-19.