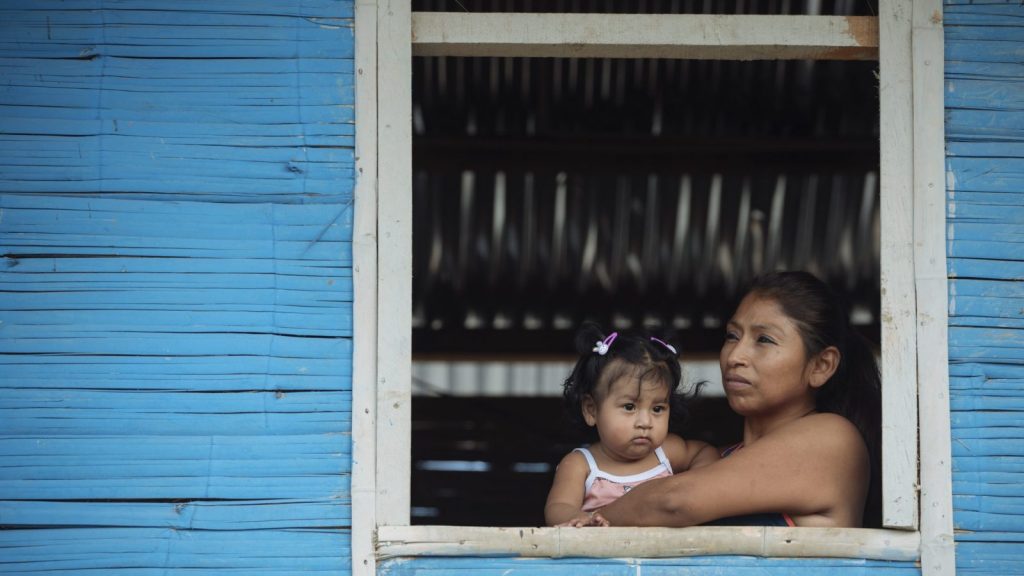 While the controversy surrounding International Monetary Fund (IMF) Managing Director Kristalina Georgieva has drawn the bulk of the attention as the IMF and World Bank settle in for their annual meetings this week, IMF members would be better off engaging in a serious discussion of the organization’s strategic direction.

The risks inherent in its economic outlook, such as the withdrawal of pandemic-driven stimulus and stretched asset valuations, will require reconciling differing views on how much the institution has changed its focus toward climate policy and development finance in the last two years.

Some observers are concerned about the IMF moving too far away from its traditional area of expertise. Their worries are justified: progress on climate and development can only be achieved via strong job growth and a healthy global economy. The fund therefore needs to stay focused on its global stability mandate.

The IMF’s role in climate finance

The IMF has been working on climate and development for years. But Managing Director Georgieva has brought to bear an even more intense focus on these topics, arguing that the long-term consequences—especially of climate change—fall squarely within the IMF’s mandate, and that the fund should play a leading role in these areas.

During my time at the IMF, I helped advance initiatives on energy subsidies and carbon taxes that—along with an unprecedented effort to provide emergency financing and expand subsidized lending to poorer countries—were supported by the fund’s members. But now many are uneasy about a fundamental reorientation of the fund’s agenda, arguing that multilateral institutions should stay focused on their core competencies.

For example, the IMF risks moving into areas covered by the World Bank and other multilateral development banks, creating an overlap that may be difficult to justify during times of tight budgets.

It will also be difficult for the fund to carve out a role in climate finance, since its legal mandate is limited to providing short-term balance-of-payments support to help countries preserve financial stability. While it’s possible for richer shareholders to pay into an IMF-administered trust fund that can be used for climate-specific purposes, the IMF may need to compete with other institutions that seem to be better equipped for this task.

In fact, it lacks the broad-based expertise needed to advise countries on detailed climate policies. There is a case to be made for strengthening its capacities—which would still require a budget increase—but the fund’s natural role would be to analyze the economic impact of climate policies through its economic surveillance and financial stress-testing.

The expansion of emergency funding and the recent Special Drawing Rights (SDRs) distribution have provided low-income countries with an important lifeline. Governments in many advanced economies have also agreed to lend their new SDRs back to the IMF to boost the amount of loans the IMF can provide to low-income countries at interest rates of zero.

Many low- and middle-income countries are clearly in need of further assistance. However, there are concerns that a significant expansion of multilateral loans would exacerbate debt vulnerabilities of the hardest-hit countries. It could also drive out private lenders, who would not want to risk large haircuts in future restructurings. At the same time, prospects are slim for a major increase in development grants, as demonstrated by the United Kingdom’s substantial reduction in its Official Development Assistance budget.

That’s why development advocates have called on the fund to sell more of its gold holdings to provide interest-rate subsidies or finance multilateral debt write-offs.

This should be a non-starter for two reasons. First, the IMF’s gold reserve coverage remains low by historical standards, given increased loan commitments during the crisis. Second, built-in expectations of multilateral debt relief would compromise efforts to promote good economic governance in program countries, undermining a key tenet of the IMF’s lending principles.

This suggests that the IMF may have to increasingly insist on a restructuring of bilateral and private-sector claims as a precondition for new programs. This has always been a difficult undertaking, given the complex sovereign debt landscape, but one key obstacle has been the slow resolution of Chinese development loans—which now account for a large share of low-income debt.

China has not been a member of the Paris Club that coordinates sovereign debt negotiations, but it has recently signed on to the Group of Twenty (G20) nations’ Common Framework for debt relief. In practice, however, important IMF programs have been held up for months while Chinese state lenders bilaterally re-negotiated the terms of their original loans.

The fund’s management should prioritize finding a resolution to this impasse. With little tangible success to date, the IMF and the World Bank, along with their key members, need to step up their efforts to encourage China to become more responsive to its borrowing countries’ needs.

Debt distress could soon engulf a larger set of countries. Once economies re-open and macroeconomic stimulus is withdrawn, the amount of economic damage done by the COVID-19 crisis will become clearer. Countries with large current account imbalances, high fiscal deficits, or weak financial systems may have benefited from investors’ search for yields but could be badly hit if interest rates rise faster than expected.

This puts a premium on the IMF’s readiness to deploy its traditional lending instruments. Much of its COVID-related financing has been provided through smaller emergency loans, which do not require the negotiation of full-fledged economic programs.

Emergency loans will not be sufficient to address the needs of countries with serious economic imbalances. Yet agreeing with country authorities on concrete steps to address such imbalances will prove difficult in an age of high inequality and social tensions.

But this is what the IMF was meant to do, and it has drawn lessons from the past that should help it do its job. The stakes could not be higher: a series of unsuccessful programs—let alone another high-profile failure as in Argentina—could destroy confidence in the institution for good.

While supporting work on climate and development issues, IMF member countries therefore must ensure that the fund remains capable of dealing with the near-term risks to the global economy.

Martin Mühleisen served as the IMF’s Director for Strategy, Policy, and Review from 2017 to 2020. 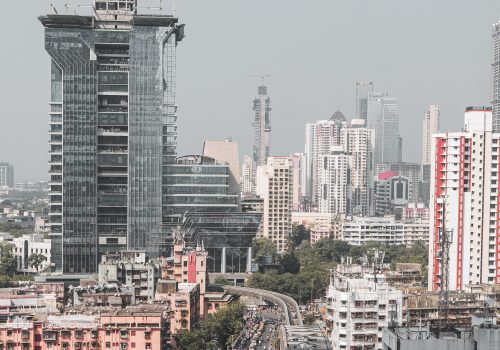 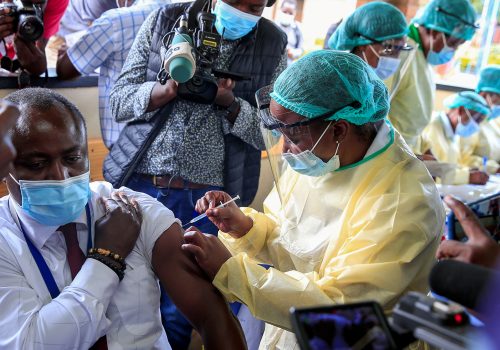 When the G20 finance ministers and central bank governors meet July 9 and 10 in Venice, Italy, they have an opportunity to respond to Africa's third-wave crisis in a meaningful way. Will they take it? 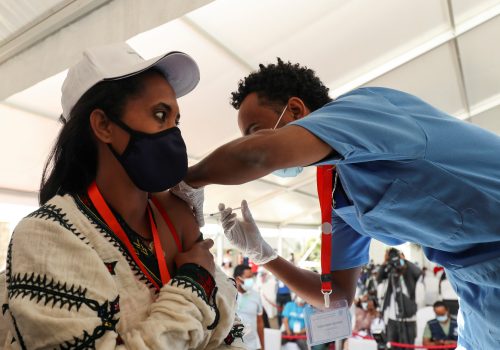 A world apart: How wealthy nations can strengthen the COVID safety net

The international community has delivered important progress in combating the impact of COVID-19, but much more is needed to assist low-income countries. While the IMF's Special Drawing Rights are a good start, G20 nations must help restructure the debts of developing nations and fund vaccine distribution.

Image: A vulnerable neighborhood in the middle of the pandemic in Guayaquil, Ecuador. Some 3.1 million children and adolescents in Ecuador will fall into multidimensional poverty at the end of 2020 due to the effects of the COVID-19 pandemic, said a study by the United Nations Children's Fund (Unicef). Photo by Unicef, via Latin America News Agency and Reuters.