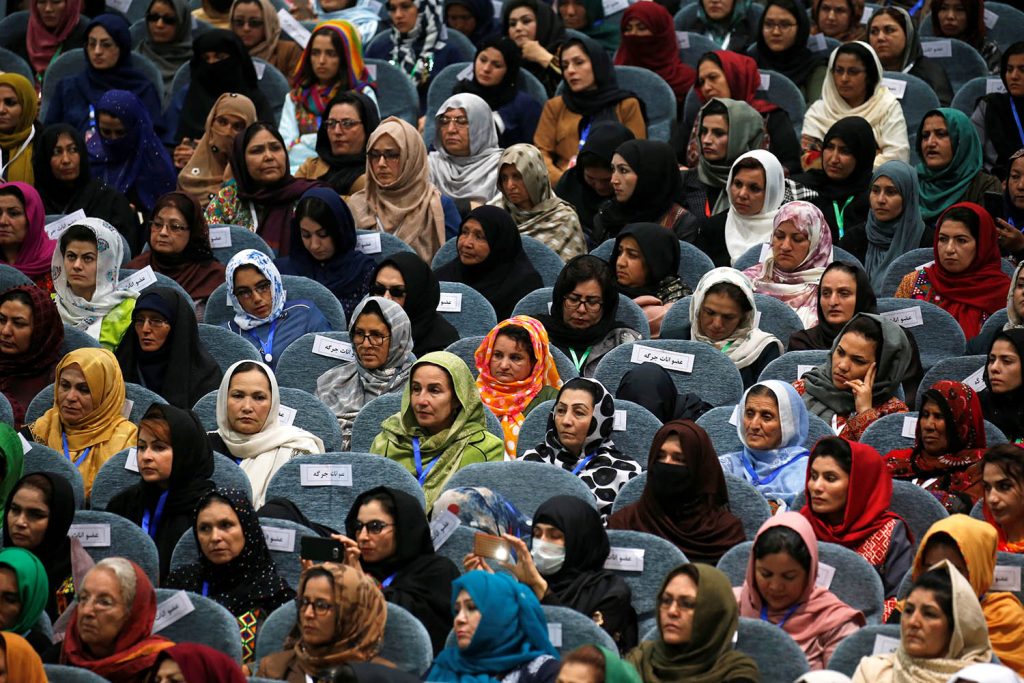 In An Open Letter from World Leaders Calling for Afghan Women’s Meaningful Participation in the Peace Process, the international community endorsed the non-negotiable need for women to be included in the challenging process of negotiating an inclusive peace and the end to two decades of war.

Here’s how the Atlantic Council’s International Advisory Board and Board of Directors are assessing the open letter:

Women must have a role in peace negotiations and future government.

“We’re all hopeful that peace in Afghanistan may be realized. But that peace must include Afghan women. Afghan women must have a meaningful role in the peace negotiations and future Afghanistan governments. That is the only way to ensure a stable, safe, and prosperous  Afghanistan.”

Women are integral to peace everywhere.

“Women are integral to peace everywhere—including Afghanistan. A durable peace requires that women be represented in both the negotiation process and the implementation of the peace agreement. We support Afghan voices in encouraging the negotiating parties to adhere to these basic principles.”

Including women is critical for national security and counterterrorism.

“The protection of Afghan women’s rights as guaranteed in the constitution and the preservation of the gains they have made go hand in hand with the stability, security, and peace of Afghanistan. Afghan women’s meaningful inclusion in the political, economic, and social life of the country is not a favor to women. It is critical to national security and countering terrorism. Women are a moderating force in preventing the conditions that give rise to terrorism. In societies where women are oppressed and their rights denied, those societies are mired in violence, instability, and conflict.”

Ambassador Melanne Verveer, former US ambassador-at-large for global women’s issues, executive director of the Georgetown Institute for Women, Peace, and Security, and Atlantic Council board director.

The focus must remain on creating a better future for Afghans, not just a foreign withdrawal.

“Withdrawing forces from Afghanistan is easy, but securing a political agreement that safeguards the future of all Afghans is what really counts, and few issues will be as critical in these talks as those regarding the rights also of women. That’s why it’s so important for the international community to remain focused on this critical issue.”

Without including women, a peace agreement would not be sustainable.

“When the world took action to bring Afghanistan back to the mainstream, promoting the role of women, so long suppressed before, back to their rightful place was a priority. The peace process now ongoing is to be welcomed but it absolutely must be accompanied by the involvement of the female part of the Afghan population. Only in that way will any peace agreement be sustainable and the future prosperity of Afghanistan be guaranteed.”

Now is the time to stand with Afghan women.

“Now, more than ever, it is fundamental to stand with Afghan women. Instead of serving as a symbolic checkbox in the negotiations, Afghan women should be the centerpiece of the peace process. Its very success and sustainability depend on it.”

Ana Palacio, Atlantic Council board director and a former foreign minister of Spain.

Push for women’s rights demonstrates the gap between today’s Afghanistan and the Taliban’s Emirate.

“The importance of the message in the Open Letter must be understood by all Afghans, and particularly of course by the Taliban. At the core of the discussion of peace and Afghanistan’s future lies the wide gap between today’s Afghanistan, much changed over the past nineteen years despite all its problems and contradictions, and the Afghanistan of the Taliban’s Islamic Emirate. The progress made in the evolving role of women in Afghan society is emblematic of the gains that must be recognized and preserved if peace is to be achieved. The participation of Afghan women in the peace process, inside and outside the negotiations, is crucial for Afghan women to defend their rights and to making the case that those rights must not be ignored if Afghanistan is to be stable, peaceful, and deserving of the international support that the country will continue to require.”

James B. Cunningham, nonresident senior fellow in the South Asia Center and former US ambassador to Afghanistan.

Women need to contribute to peace process, not just be a discussion topic.

“The role and contributions of women have been one of the key components for the progress made in Afghanistan over the past nineteen-plus years. While the inclusion of a few Afghan women is welcomed in the current peace negotiations, their presence and contribution, however, need to be more than just a symbolic gesture. As an Atlantic Council Freedom Award Winner, I fully support and commend this initiative and urge the Leaders of the International Community to enforce the idea of Afghan women being a significant contributor of the current peace negotiations and not just a topic of discussion.”

By Harris Samad and Fatima Salman

What I dream of for Afghanistan

I was very young when the Soviet Union invaded Afghanistan forty years ago. It was the first time that I heard the sounds of helicopters overhead and gunshots in the streets, sounds that were completely alien to me and the city I had grown up in. Since then, not a day has passed where I […]