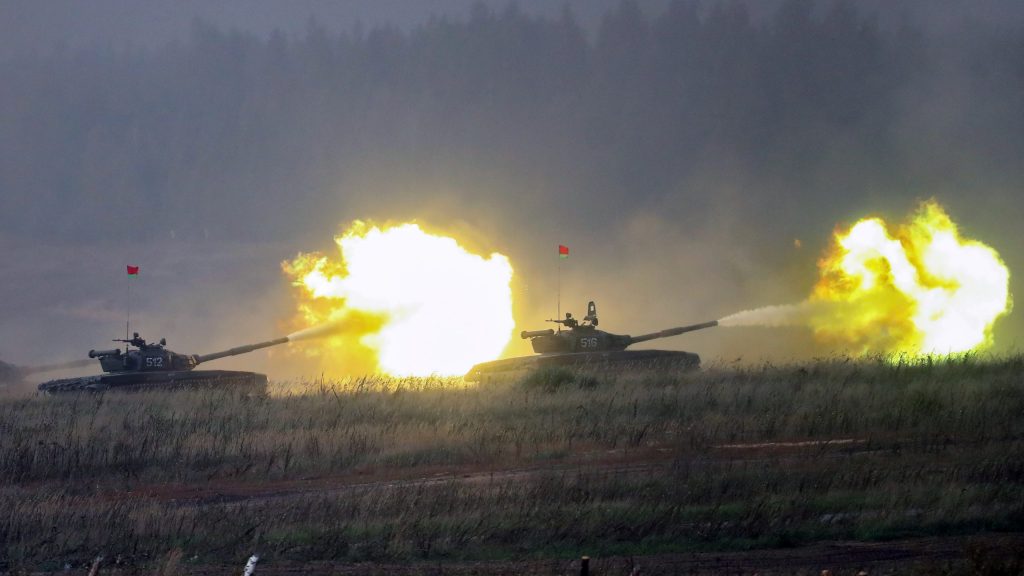 With its troops massed along Ukraine’s eastern border, apparently poised to invade, the Kremlin is issuing demands for a new approach to European security—one in which NATO keeps its own troops out of neighboring states permanently, and the former Soviet republics of Ukraine and Georgia don’t join the Alliance, ever. It wants to shift the strategic balance in Europe, and it wants a European order in which it is a deciding player.

The outcome of this dispute could decisively rewrite the terms of security on the European continent for an entire generation—just as the decisions of the 1990s did after the end of the Cold War. It could also produce one of two sharply contrasting narratives for the United States in Europe and globally: Negotiating successfully could underline the power of the United States working with its friends and be a model for confronting authoritarianism at gunpoint; but failure will be seen as another marker of American weakness and the unraveling of the transatlantic partnership.

The risk in what Russia is suggesting is that some of it may be acceptable to elements within NATO. Or at least they wouldn’t go to war over these issues. The reality is that many don’t want to confront Russia by pushing NATO membership any further than it’s already gone—even if they continue to pay lip service to the possibility of future expansion. The debate over NATO enlargement in the 1990s and 2000s was tough, and many US and European politicians believed the Alliance shouldn’t expand to include former Soviet republics. There was no easy consensus. One key question was: Would the West really step up to defend, say, Latvia against an attack? Another: If states were left out, did that effectively consign them to Russian influence?

That led to the emergence of what was effectively a “grey zone” in Europe, where some of the longer-term answers about who was in or out were left unclear. That strategic uncertainty was in part deliberate: resolving it would in turn create greater problems.

Now, the risk is that strategic uncertainty will be removed. It’s unlikely that the West will confront Russia with force over Ukraine. The other apparent option is that the West agrees to a negotiation where the possibility of Ukraine and Georgia in NATO disappears. Clearly, lines are being drawn.

From a Russian standpoint, whether it pushes harder on the diplomatic option or the military option, it can drive a wedge into NATO:

On either track, there could be increased uncertainty about how far the Alliance is really committed to the security and independence of the non-NATO states on its eastern border. Worse, anything less than a robust response would weaken the idea of US leadership more generally. There is a widespread unease among US allies after four years of the Trump administration and President Joe Biden’s retreat from Afghanistan about “strategic contraction.”

Alliance cohesion is more than a diplomatic nicety; it has helped ensure that war doesn’t happen. Political disagreement is normal and even healthy in an alliance of thirty nations with such diverse interests. But if a fundamental crack opens up over Ukraine—or if the Alliance hems and haws, and appears indecisive and ineffective—that would be damaging.

None of this means that a military overreaction is the way to go. That, too, carries grave risks. But moving together, staying in line, bringing everyone along, being clear about the costs of crossing red lines, and then delivering is critical. That doesn’t mean a lowest-common-denominator approach—neglecting the security of Ukraine would also be dangerous and undermine US commitments and values—but it has to mean bringing everyone along, however reluctantly.

This is a moment for careful and precise diplomacy, for keeping the convoy together.

It will not be lost on veteran observers of Moscow’s foreign policy that the West is doing this on a timetable set by the Russians, with an agenda set by the Russians, on terrain that is much less than ideal, with strategic choices that don’t work well for NATO members. It pushes the United States and its European partners to think quickly and act together—reflexes which, frankly, are not in good order. It also focuses attention back on a set of issues—the future of European security—that are not at the front of most policymakers’ minds.

The United States should try to define this new future of European security on its own terms: about European unity, about the freedom and independence of nation-states, and about courage in the face of oppression and military force. By being clear that it’s working with friends and allies, it can help expose the fact that Russia is acting unilaterally and with force, while the others are working together, peacefully and without coercion. And it can shape a narrative about unified transatlantic response and resolve.

The United States will need to compromise with its allies to keep them together. That will probably mean allowing more time and more dialogue than the most hardened enemies of Moscow might like, as well as allowing Europe more leeway to resolve the issue peacefully (if it can). But it will also mean being more robust about red lines, sanctions, threats, diplomatic isolation, and military or hybrid threats than the most dovish in Europe might hope. It means being clear that states like Ukraine and Georgia are not chess pieces to be sacrificed and that their citizens, not Moscow, should determine their future. It means rejecting the apparent choice offered by Russia—negotiate, or we fight—and being ready both to talk, but also confront Russia if it chooses to escalate.

Striking a balance is hard; the next few weeks will tell us whether the Biden administration is truly nimble.

Andrew Marshall is the senior vice president of engagement for the Atlantic Council and a former reporter and editor for the Financial Times and The Independent. 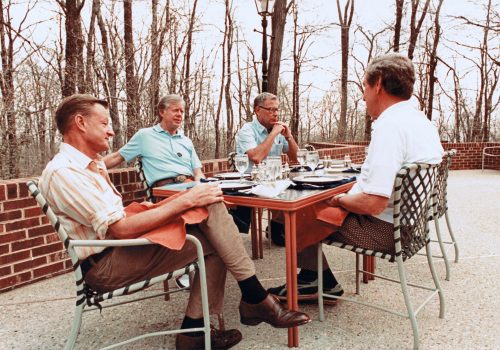 NATO thwarted a Russian invasion in 1980. Could its playbook work today?

As NATO foreign ministers meet this week in Riga, Latvia, they should consider how President Jimmy Carter blocked the Soviets from crushing Poland’s Solidarity movement. 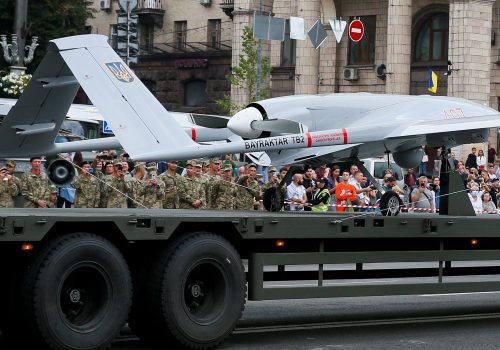 Turkey is doubling down on defense cooperation with Ukraine via drone sales, while retaining cordial relations with Russia. How can Ankara's diplomacy play a role in this simmering conflict? 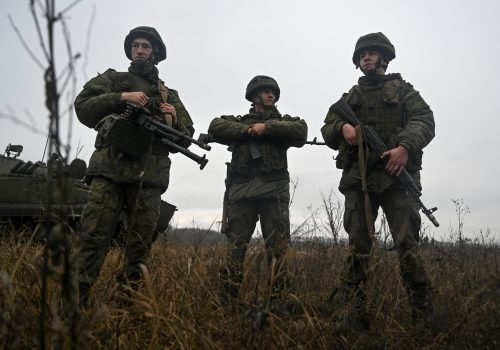 FAST THINKING: Russia calls for a Cold War-style Europe. Will NATO give in?

As tensions tick up on the eastern front, our experts break it all down for you.