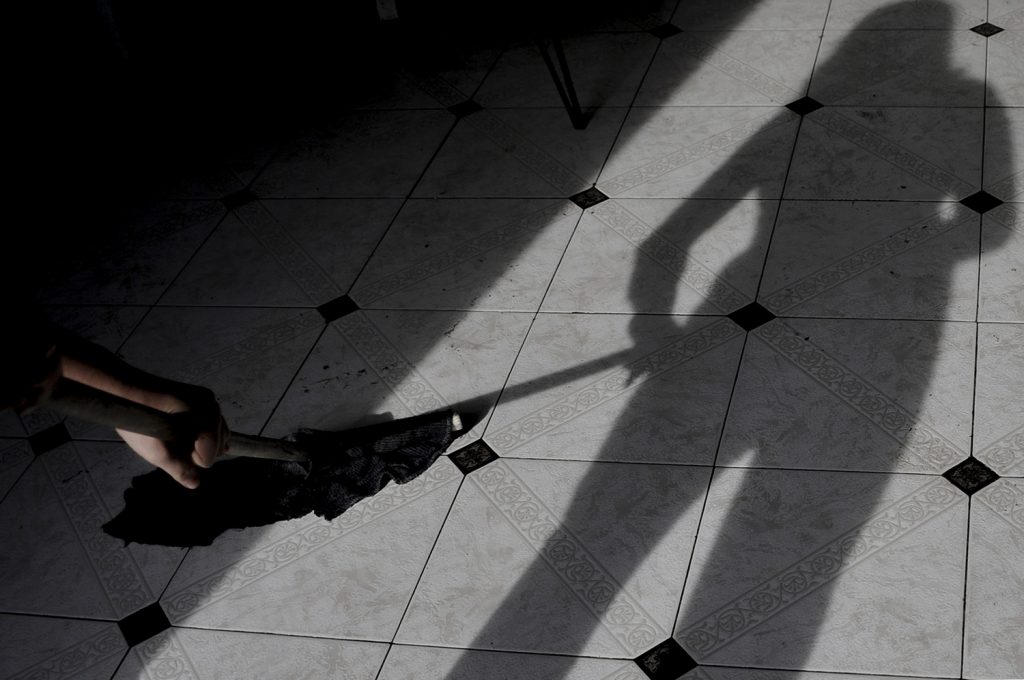 María Gonzalez, a sixty-one-year-old Honduran woman, has been her family’s breadwinner since 1995. But when Honduras reported its first case of COVID-19 on March 11, 2020, Gonzalez’s employers informed her that she would be furloughed indefinitely. As a domestic worker in the city of San Pedro Sula, Gonzalez earned minimum wage—thirty-eight lempiras (less than two dollars) per hour—and had limited social-security benefits. She was left with no income and seven mouths to feed in her household. Gonzalez’s story, which she told me, captures the hardship that millions of women are facing due to the global pandemic.

The economic crisis triggered by the pandemic has had unequal consequences across the labor market in Latin America and the Caribbean, with women disproportionately affected both in the formal and informal sectors. Survey data from the World Bank shows that female workers were 44 percent more likely than their male counterparts to lose their jobs at the start of the pandemic. And while temporarily unemployed workers have begun returning to the labor market, job losses are persisting at a higher rate among women.

According to global impact assessments from the Economic Commission for Latin America and the Caribbean (ECLAC), 56.9 percent of women in Latin America and 54.3 percent in the Caribbean are employed in sectors hit hardest by the pandemic including tourism, manufacturing, wholesale and retail trade, paid domestic work, healthcare, and education. In the region’s tourism sector alone—which suffered a significant contraction, particularly in the Caribbean—women represent almost 62 percent of employment. And like Gonzalez, between eleven and eighteen million people in the region are engaged in paid domestic work, of which 93 percent are women.

The pandemic is also making it more difficult to achieve gender equality in the future. In August 2020, ECLAC estimated that the poverty rate among women would increase to 37.4 percent over the course of the year (a year-on-year increase of 22 percent), with 118 million women in the region expected to fall into poverty. Women who are out of the workforce and forced to stay at home not only face an increased workload in the household but also a higher risk of domestic violence. Indigenous, rural, and Afro-descendant women in particular have felt the impacts of a lack of access to information, healthcare, and productive resources since the start of the pandemic, on top of the already stark inequalities they faced before the crisis.

As Latin America and the Caribbean face an estimated -7.4 percent economic contraction in 2020 and another lost decade, the pandemic thus threatens to deepen existing gender gaps in the region. But the multidimensional crisis also presents an opportunity for the region to reshape women’s roles in the economy, politics, and society.

Seizing that opportunity will require governments to develop policy responses that target women and help ensure an inclusive recovery, including the following steps:

As a group that has been severely and disproportionately impacted by the pandemic, women are key stakeholders in responding to and managing the recovery from the COVID-19 crisis. Governments have a responsibility to integrate the insights of women’s-rights organizations and women-led organizations into their decision-making not only to strengthen women’s leadership, but also to harmonize their efforts to counter the pandemic across numerous sectors in order to effectively reach all women.

By focusing on those who have borne the brunt of this pandemic and seeking to understand their perspectives, we can help ensure that policies designed in the present do not make women’s living conditions more precarious in the future.

Image: The importance of formalizing private houseworkers so that they have access to health, social protection and agreements to agree on wages and breaks are the main measures suggested by UN Women to guarantee rights to this sector, which she also highlighted some Argentine policies, especially in a pandemic, that proved "to be fundamental." Eva Cabrera / Latin America News Agency via Reuters Connect