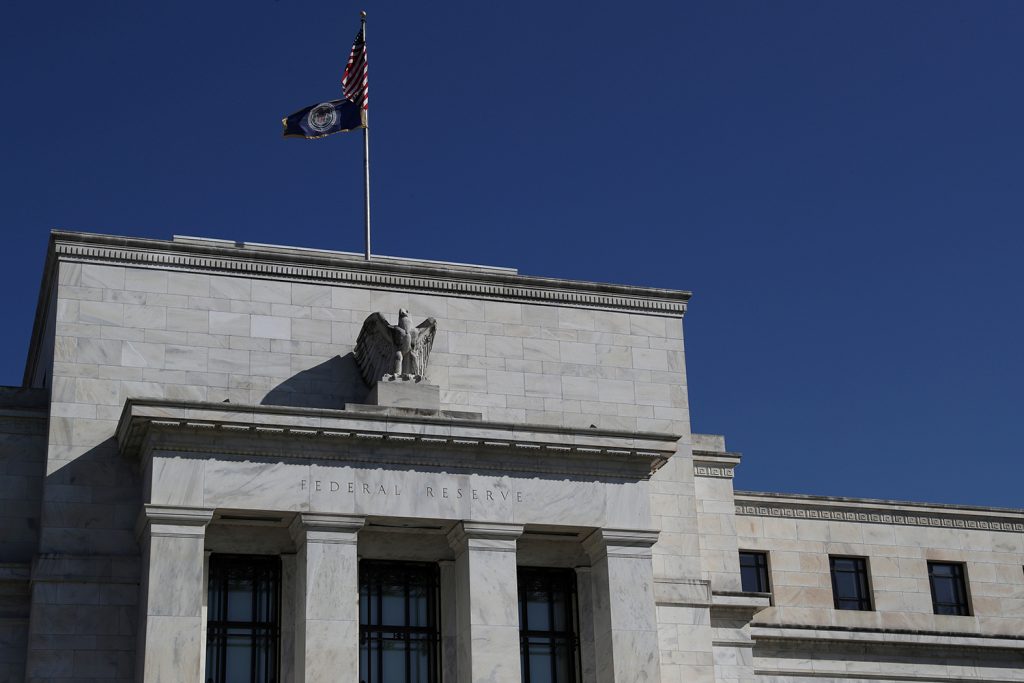 As the United States and global economies reel under the onslaught of the COVID-19 pandemic, the Federal Reserve has once again been thrust center stage. A universal scramble to obtain cash has led to strains in credit markets and a drying up of liquidity, including, extraordinarily, the market for US Treasury securities—thought to be the safest and most liquid. The Fed has stepped in quickly and aggressively, with breathtaking purchases of Treasuries and other securities, as well as an array of facilities to provide backstops for crucial funding markets, actions already well exceeding those it took during the Global Financial Crisis (GFC) of 2008-09.

The origins of this crisis differ from those of a decade ago. This time it is the actions of firms and investors, not banks and home mortgages, that are the source of liquidity strains. But in one crucial respect the character of the two crises is the same. Now, as then, the global rush to obtain dollars has increased pressures on economies across the globe, heightened the liquidity strains in US financial markets, and forced a strengthening of the US dollar in foreign exchange markets.

One of the ironies of the experience since the Global Financial Crisis—which began in US subprime mortgage markets and is widely referred to outside the United States as the “Lehman Shock”—is that the reliance on countries outside the United States for dollar finance has continued to increase. Dollar assets of non-US banks were more than $12 trillion in 2019, up from $10 trillion before the GFC.  Dollar bonds issued by non-US entities other than banks are almost $7 trillion, triple the 2007 level. And an estimated 80 percent of global trade is financed in dollars.

In response to dollar funding strains abroad, the Federal Reserve enhanced its existing swap line with six central banks and re-activated the swap lines established during the Global Financial Crisis with eight more foreign central banks. In a swap line, the Fed exchanges US dollars for the currency of the foreign central bank counterpart, with an agreement to reverse the exchange at a near future date. The Fed bears almost zero risk holding major international currencies such as the euro, pound, and yen. But it is understandably reluctant to extend swap lines broadly, particularly to countries with inconvertible currencies and greater economic and financial risk.

On March 30, the Fed took a major additional step, opening up a repurchase (“repo”) facility to foreign central banks that hold US Treasuries or other Fed-eligible securities. In this facility, foreign central banks would receive dollars from the Fed in exchange for Treasuries, with an agreement to reverse the exchange at a future date. Rather than holding foreign currency as collateral, the Fed would hold claims on the US government. Not only is this safer for the Fed, it also opens up a supply of dollars to a much wider range of central banks, including large holders of Treasuries such as India, Ireland, Thailand, Taiwan, and China.

In the current crisis, the swap lines and the foreign repo facility aid the rest of the world, but they also benefit the US economy and financial markets by:

Longer term, the precedent set and the prospect that it will be repeated in the future will bolster the role of the US dollar as an international reserve currency and as the basis for international transactions. And, by raising the global demand for US Treasuries as a means for accessing dollars in a crisis, it will lower the cost of financing the US budget deficit.

The Federal Reserve is not a global lender of last resort, nor is it responsible for the health and performance of economies outside the United States. These are not in the Fed’s legislative mandate of promoting maximum [US] employment and price stability—as the Fed has repeatedly emphasized. But the Federal Reserve has long recognized that the US and global economies are extensively intertwined, and what takes place outside the United States affects US employment, inflation, and financial stability.

In stepping forward to calm US financial markets, reactivate swap lines, and create the new foreign repo facility, the Fed has helped backstop the global economy. But it has also helped maintain US employment and financial stability—in each of the ways described above.

Although the Fed’s actions providing dollar liquidity to meet foreign demand were done quickly, without fanfare, one can be sure that they were taken after numerous discussions with foreign central bank officials on financial market conditions, through the long-standing practice of central bank communication and consultation.

Inevitably, after this crisis has passed, there will be complaints about US dollar hegemony and demands that the world reduce its reliance on dollars and dollar finance. But the alternative to the current system in which the world depends on the dollar, the United States, and the Federal Reserve is a multicurrency system in which there is no one to depend on during a major financial crisis.

Robert Dohner is a nonresident senior fellow at the Asia Security Initiative in the Atlantic Council’s Scowcroft Center for Strategy and Security. He was formerly Chief Economist in International Affairs and Deputy Assistant Secretary for Asia at the US Treasury.

Image: The US Federal Reserve Board building on Constitution Avenue, Washington, US, March 19, 2019. REUTERS/Leah Millis/File Photo