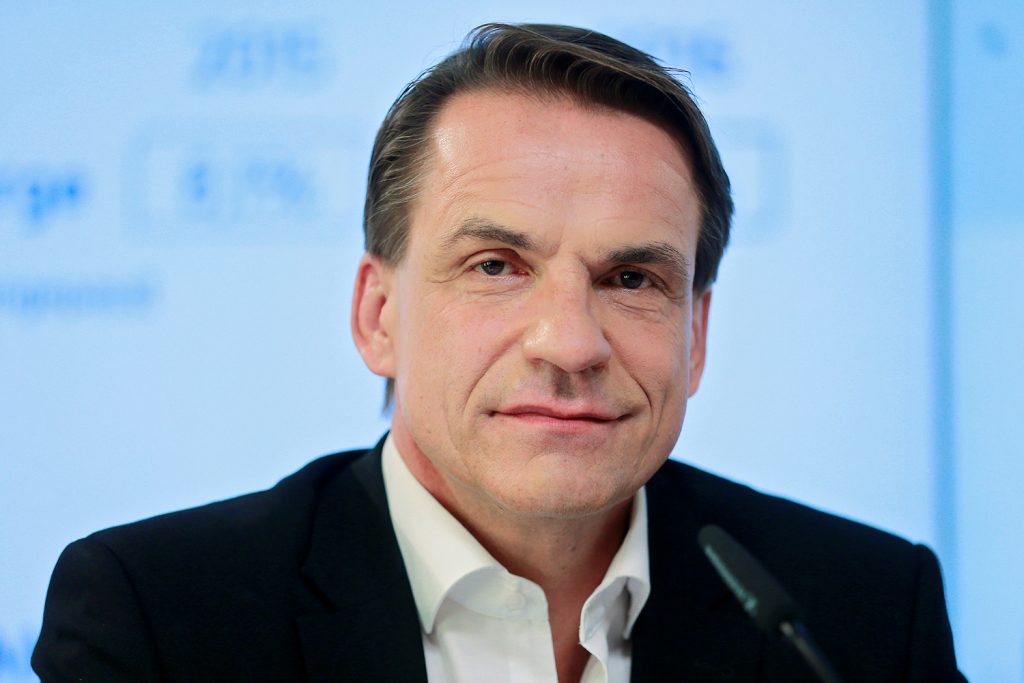 Unlike many other industries now suffering from the fallout of the coronavirus pandemic, the book-publishing industry is still growing, Dohle told Frederick Kempe, president and CEO of the Atlantic Council, in a March 8 Front Page event.

“COVID has only accelerated all these trends: more consumer spending, more physical books, more audience around the world, more kids’ books—30 percent [growth] last year in the United States—and, of course, the audiobook is still the format of the hour,” Dohle explained.

Why Dohle wants to “change public perception” of books

Dohle began his career with Bertelsmann, the German media conglomerate that owns Penguin Random House, as a project manager, later supervising printing companies from Colombia to Russia. He was eventually transferred to New York in 2008 to oversee Penguin Random House at a time of great uncertainty in the industry.

“When Kindle started [in 2007], everyone was freaking out. Everyone thought, ‘this is the end of the literary community as we know it,’” he said. But Dohle said he chose, in that moment, to grow the company both in digital and in print.

“I made a bet on print, when all the experts were saying printed books would be gone,” he said. “I invested a lot into the print format. We don’t care in which format our readers want to read. We want to reach as many readers as possible, so it’s not an ‘either-or.’”

One reason book publishing is doing so well, explained Dohle, is digital fatigue—especially since the onset of the pandemic.

“People are in front of screens all the time,” he said. “They like printed books. Even kids are not making that leap and wanting to read on a screen.”

After a bet on print, a gamble on the Obamas

Dohle outlined several reasons for why he believes “this is the best time in publishing” since Gutenberg invented the printing press nearly six centuries ago: Consumers stuck at home due to the pandemic are spending more money on books than ever before; global literacy rates and the general population are rising; physical and digital books share a “healthy co-existence”—physical books accounted for 80 percent of total distribution in 2020—and audiobooks are expanding. It “goes back to the tradition of the campfire. Listening to stories is part of our DNA,” said Dohle.

During the pandemic, he said, “we gained a lot of readers, converted a lot of non-readers into readers—especially kids—and we are sure that with a growing population on the planet and increasing literacy, this business is set for more growth going forward.”

In 2019, Dohle took a $65 million gamble on Barack and Michelle Obama, buying global rights to the former president and first lady’s works in the biggest nonfiction deal in publishing history.

“Of course, I wanted to publish the presidential memoirs. There was not really a plan B for me,” he said, explaining that Michelle Obama’s Becoming has already sold more than fifteen million copies worldwide.

“Three months ago, we published the first volume of [Barack] Obama’s A Promised Land and we’ve already sold more than seven million copies,” he said. “It’s already the bestselling presidential memoir of all time.”

Dohle called the Obamas “great storytellers” and their books “instant classics.” Asked if the gamble paid off, he replied: “We are really in a good place. If we don’t make money when we publish the bestselling presidential memoirs of all time, then we are really in trouble.”

Yet 50 percent of the roughly fifteen thousand titles that Penguin Random House publishes each year don’t even cover their costs, said Dohle. “We invest in ideas, and every book is like its own startup. Many of them fail.”

Given the increasing polarization of American politics and the decline in free speech around the world—as noted in the most recent survey by Freedom House—Dohle said that “books might matter more than ever before.”

“In a world of social media, snippets of never-ending news cycles, in a world where facts and the truth are not really popular anymore, we as book publishers think our assignment is more important than ever,” he said. “We believe in facts and the truth, complementing the social discourse with a deep dive, a well-researched discourse on topics.”

As for whether the book bubble will burst once the pandemic is over and people will return to their pre-COVID habits, Dohle said it’s anybody’s guess.

“That’s why we’re called ‘Random,’” he quipped. “Everything is random in this business.”

Malala Yousafzai: The pandemic is endangering long-term education for millions of girls

There were already 130 million girls out of school worldwide before the COVID-19 crisis, and an estimated twenty million more may never return to their classrooms once the pandemic is over, warned female-education activist Malala Yousafzai.

Josep Borrell outlines the EU’s priorities in a multipolar world

“Today we’re in a multipolar world and [the EU will] have to look outwards because the problem is no longer among us; it’s among us and the rest of the world,” Josep Borrell told the Atlantic Council. The problems ahead: the pandemic, Russia, China, and more.