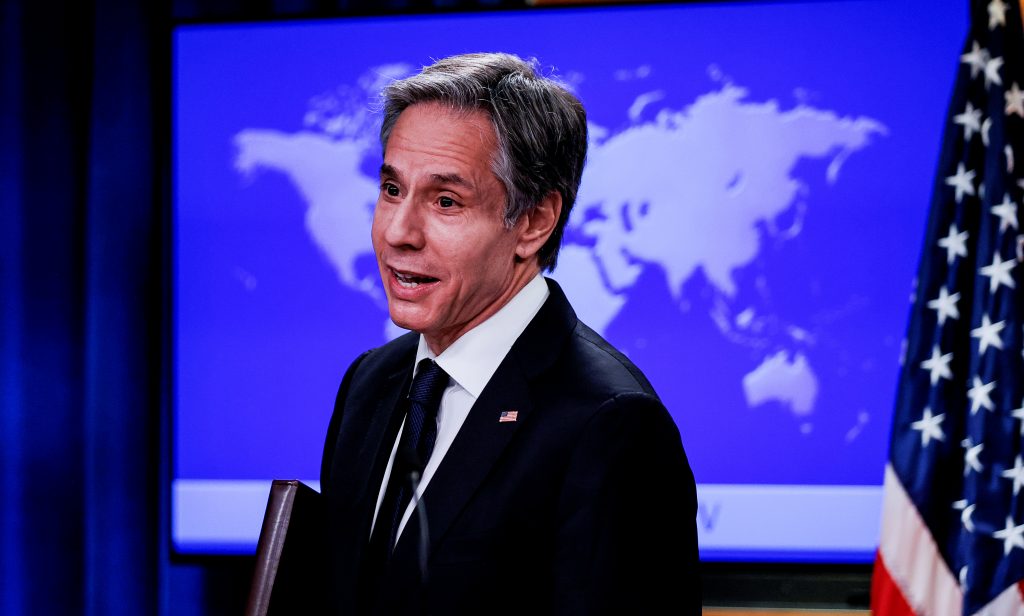 From refugee policy to foreign aid to an upcoming side event at the United Nations, protections for LGBTQI people are a focus of the Biden administration’s foreign policy, said Secretary of State Antony J. Blinken. “This is a core human-rights issue, and we believe the United States belongs at the forefront of the fight, speaking out and standing up for our values,” Blinken said Monday at an Atlantic Council Front Page event in honor of Pride Month.

In a conversation with journalist Jonathan Capehart of the Washington Post and MSNBC, while also fielding questions from State Department employees and others from around the world, Blinken set out the department’s priorities on LGBTQI issues both in its dealings with friends and foes abroad and with regard to improving LGBTQI diversity within the department’s workforce.

You can read the full transcript here. Below are some key takeaways from the discussion:

What really happened with Putin?

The link between democracy and LGBTQI rights

The US secretary of state appeared at an Atlantic Council Front Page event in honor of Pride Month. Here’s the transcript.

The meeting was far shorter than anticipated but touched on everything from the Arctic and Ukraine to cyberattacks and human rights. Did Biden or Putin come away with any wins? Can US-Russian relations ever be “stable and predictable,” as Biden desires?

Image: US Secretary of State Antony Blinken concludes his first press briefing at the State Department in Washington on January 27, 2021. Photo by Carlos Barria/Pool via Reuters.