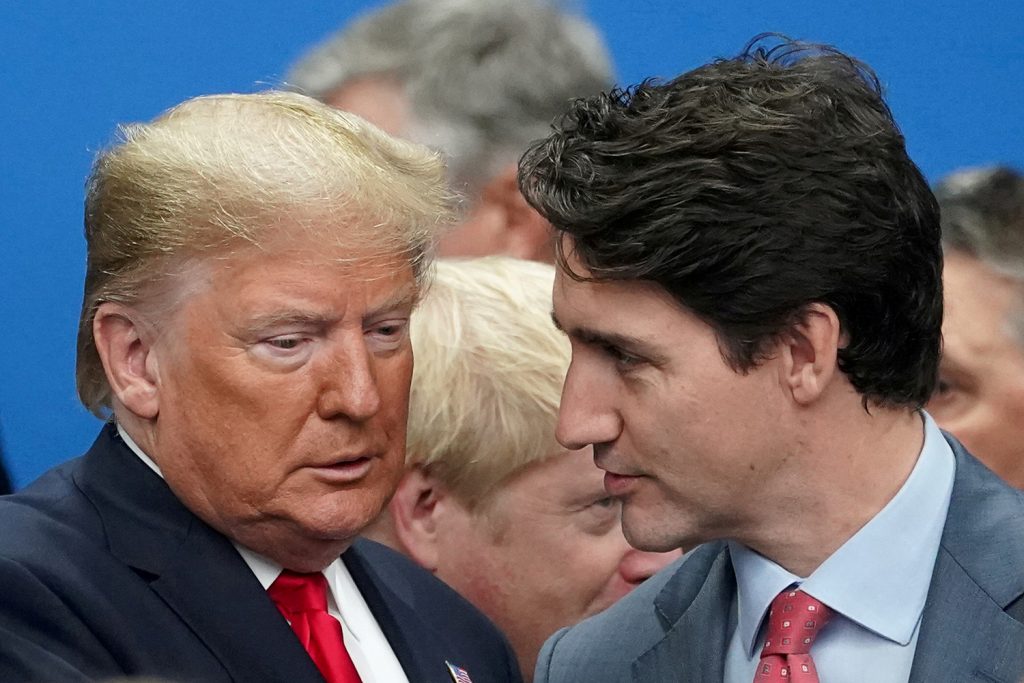 Just five weeks after the United States-Mexico-Canada agreement (USMCA) went into force, the United States slapped a 10 percent national security tariff on aluminum from Canada, its closest ally. The dispute between the two countries has now dominated the trade relationship, but it has nothing to do with aluminum per se.

The backstory is as odd as the dispute itself. Canada agreed to a “snap back” provision under USMCA that lets the United States respond to an “historic” increase in US aluminum imports. The Trump administration sees a surge, Canada doesn’t. The data are almost beside the point. The optics are wrong. And this will haunt US trade policy far beyond Washington’s dealings with Ottawa.

The writing was on the wall before Trump’s tariff announcement. Canadian Prime Minister Justin Trudeau had stayed away from the USMCA launch festivities on July 1 precisely because of this tariff threat. On August 6, just after the tariff was announced, Ottawa vowed dollar-for-dollar retaliation.

This is a holdover from the barrage of Section 232 national security tariffs the US president launched in 2018. Canada was one of nine countries to complain about the tariffs at the World Trade Organization (WTO), and Ottawa retaliated. This, in turn, triggered a US challenge at the WTO. But Washington and Ottawa walked back their trade war for the sake of USMCA, although with the snap back provision in place. Will round two just be more of the same? It’s not that simple.

On its own, a 10 percent tariff on aluminum wouldn’t risk US-Canada trade. But this case is of outsized importance for two reasons. First, Canada is incensed that it is being targeted by a national security tariff. Deputy Prime Minister Chrystia Freeland made this clear, insisting that “Canadian aluminum does not undermine US national security.” In fact, Canada sees itself as a secure source of aluminum, inextricably tied up with the United States in the North American market.

What’s new this time around, however, is that Ottawa is worried about protectionism dressed up as national security more generally. Canada has been a vocal third party in both of the WTO cases to date that have raised national security as an affirmative defense. And it has offered a position that is the opposite of that held by the United States. Canada says national security is reviewable by the WTO, and that a country using this defense has to explain how a 10 percent tariff on aluminum, for example, contributes to its national security. The United States disagrees on both counts.

Second, Canada can’t credibly restart its WTO challenge of Section 232. It’s not because of the snapback provision. It’s because the WTO’s Appellate Body has stopped working, and the United States isn’t a party to the Multiparty Interim Appeal Arbitration Arrangement, a stop-gap deal that twenty-two countries have signed up for. This means that, if Canada were to file, and win a panel ruling, a US appeal would leave the verdict in a “legal void.”

USMCA’s snapback isn’t the issue. That’s because Canada’s 2018 WTO filing goes after Section 232 “as such.” Unlike the other eight countries that filed against Section 232 back then, Canada wasn’t just asking about whether Trump got things right in steel and aluminum. It was asking the WTO to find Section 232 legislation itself illegal. That case could still go forward, but with the Appellate Body crisis, and the United States not taking part in the work-around, Canada is, once again, talking retaliation.

The irony is thick. Canada had been trying to do at the WTO what many American steel and aluminum producers and consumers have tried to do in US courts: rein in Section 232. The reality is that Trump’s tariff is supported by only a couple of US firms. Make no mistake, Canada doesn’t see this as just a 10 percent tariff on certain of its aluminum products. Neither will other US trade partners. Canada is the United States’ most stalwart ally and likes to use WTO rules to solve its disputes with the United States. Trump’s tariff casts doubt on the first, and his gutting of the Appellate Body effectively undermines the second. The dispute has triggered a new low in US-Canada trade.

As candidates to be the next WTO leader call for reform, destructive subsidy practices must loom large

The director general race likely must run its course before a group of WTO Members can press ahead to launch a new negotiation on subsidies. But the WTO cannot afford to be on the sidelines for long.