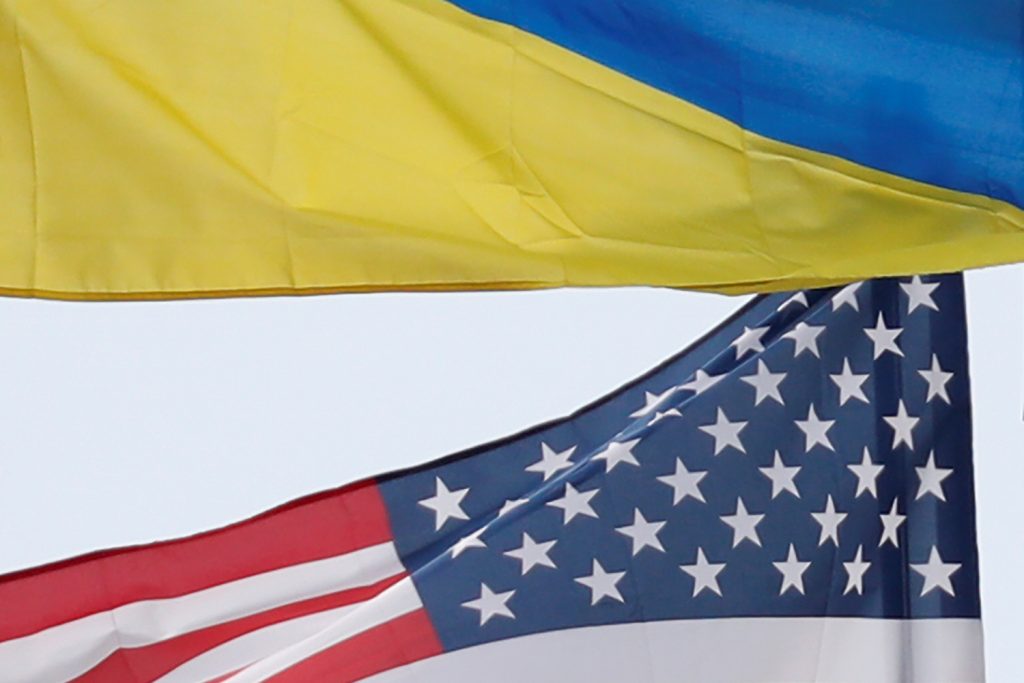 “Our Congress stand[s] solidly behind Ukraine and the US-Ukraine relationship,” Representative Brian Fitzpatrick (R-PA) said at a December 4 event on Capitol Hill hosted by the bipartisan Congressional Ukraine Caucus, the Atlantic Council, the American Enterprise Institute, the American Foreign Policy Council, the Brookings Institution, the Carnegie Endowment for International Peace, the Heritage Foundation, the Center for European Policy Analysis, the Center for Strategic and International Studies, the German Marshall Fund, and the Jamestown Foundation.

Representative Marcy Kaptur (D-OH) agreed, saying that lawmakers in both parties “are united by a commitment to ensure a free, secure, and prosperous Ukraine among the global community of democratic nations.” Representative Andy Harris (D-MD) said that despite the attention on Ukraine as part of the ongoing impeachment inquiry into US President Donald J. Trump, that on supporting Ukraine “bipartisanship…is so obvious. Republicans and Democrats, conservatives and liberals, stand together to show the strategic importance of Ukraine.”

After five years of conflict following the illegal annexation of Crimea by Russia and the invasion of eastern Ukraine by Kremlin forces, lawmakers stressed that Washington must remains unanimously on the side of Kyiv. Ukraine, Senator Ron Johnson (R-WI) argued, “is ground zero in our competition with a thoroughly corrupt regime under [Russian President Vladimir] Putin.” Facing a direct threat to their territorial integrity and survival as a nation, Johnson asserted, “if we don’t help Ukraine, who is going to?”

Senator Christopher Murphy (D-CT) agreed saying that the United States needs to support Ukraine to show that Russia’s illegal actions against its neighbor are unacceptable. “We know that if Russia gets away with it there, not only will they be more likely to try to press out to their periphery…but other nations that have other [similar] designs will do so as well,” he said. Murphy further warned that “if Ukraine ultimately fails because the United States’ positioning changes” due to domestic political concerns “it will come at a great cost to our country’s national security.”

US strategic interests in Ukraine

Perhaps more than ever before, Ukraine dominates the domestic political conversation, but the current debate has shifted attention away from US interests in Ukraine. This bipartisan effort aims to underscore Ukraine’s strategic importance.

The legislators also argued that the US Congress needs to continue to show its support for Kyiv, both through statements and new assistance measures. Fitzpatrick noted that Congress has endorsed measures to provide military intelligence and financial support in Ukraine’s fight against Russia and has also refused to recognize “the illegal annexation of Crimea.” He added that cybersecurity remains a major challenge for Ukraine as Russia has previously attempted to spread propaganda and attack Ukraine’s infrastructure through cyber activities, which is why Fitzpatrick introduced legislation to strengthen US-Ukraine cyber cooperation.

Murphy stressed that US support must not only be focused on military aid to combat Russia, but also include “the support necessary to make sure that [Ukraine is] guarded politically and economically from all the ways Russia continues to try to undermine them. That I think needs to be our primary project as we think about ways for Congress to continue to support this new—and I think very promising—government in Kyiv.”

Similarly, Johnson added that the United States must continue to support Ukraine not just because of Russian aggression but because “it is a country where the people are yearning to be free.” Kaptur agreed, noting that “Ukraine continues to make strides in its democratic struggle to shake off the rapacious grip of the oligarch class.”

One thing all legislators agreed on was that the message of support from Washington needed to be united, no matter the domestic political calculations. “We as a Congress must speak with one voice to ensure that that message [of support] remains clear,” according to Kaptur. “We stand unified behind that [US-Ukraine] relationship,” Fitzpatrick promised, “we will make it grow and make it stronger.”