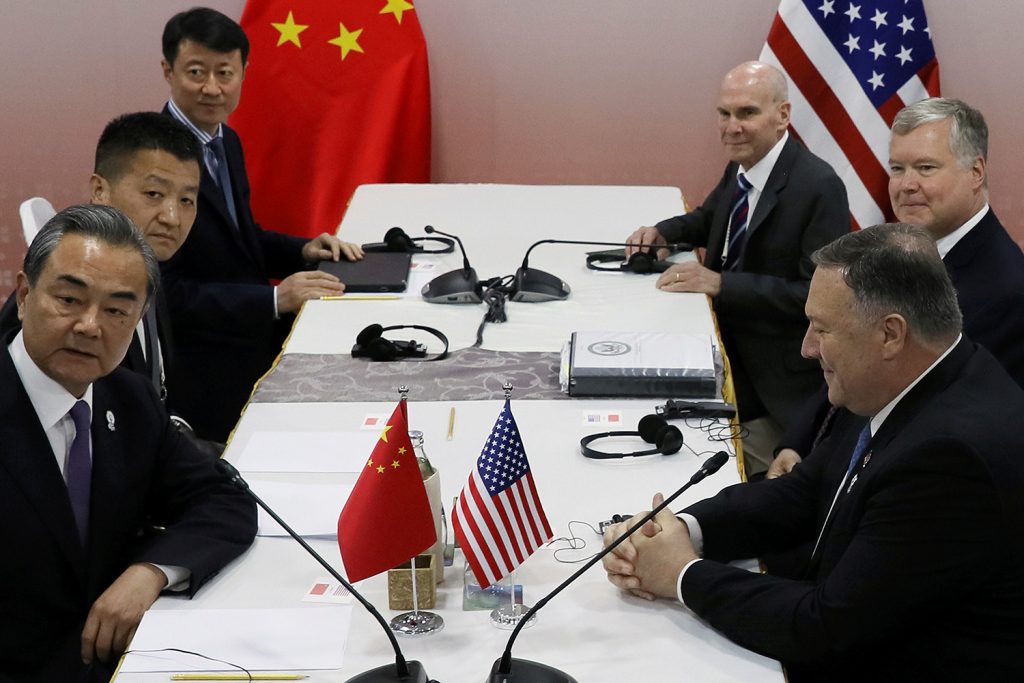 Such pessimism is premature. During the 1970s, much of the conventional wisdom also held that the United States was a stagnating power with a fractured society, destined for decline. Learning the right lessons about how the United States managed to regain its bearing during an earlier moment of uncertainty can shed light on the proper course of action in an era of intensified international competition.

Broadly speaking, analysts skeptical of the United States’ ability to counter a rising China point to three factors. They emphasize recent US foreign policy mistakes, including the Trump administration’s failure to create a new Pacific economic bloc via passage of the Trans-Pacific Partnership, and the alienation of the United States’ traditional allies. Meanwhile, multiple domestic challenges—from a faltering coronavirus response to political polarization, civic unrest, and periodic government shutdowns—have distracted the United States from the global stage and laid bare the structural crises of the US polity.

Moreover, it is now clear that China possesses a latent power that dwarfs that of the former Soviet Union. At no point in the Cold War was the Soviet economy greater than 44 percent the size of the US economy. By contrast, the Chinese economy is already larger than the United States’ in terms of purchasing power parity, which tends to be a more accurate measure of military potential than nominal gross domestic product because it better reflects the costs of obtaining military hardware in a country’s own currency. Unlike the USSR, China is a major force in global trade. According to one recent study, out of 190 countries included in International Monetary Fund data on bilateral trade flows, 128 engaged in more trade with China than with United States.

Yet we have heard similar arguments before. The fashionable diclinism of the late 1960s and 1970s sounds eerily familiar today. At that time, the United States was in the process of losing an expensive and unpopular war in Vietnam. It was challenged militarily by a Soviet superpower, and by rising economies in Germany and Japan that were beginning to outcompete the United States on international markets. At home, the United States was plagued with economic stagflation and torn by political polarization.

Within a decade, these fears appeared grossly exaggerated. By the 1990s, observers were proclaiming the advent of the US unipolar moment. The obvious question is, what changed?

For one thing, the shortcomings of rival states became more evident over time as, one by one, they failed to navigate domestic challenges and shifts in the international system. The USSR made costly mistakes that eroded its hard and soft power, blundering into its own expensive war of choice in Afghanistan. It also signed on to the human rights provisions of the Helsinki Accords in 1975, thereby advertising its commitment to universal rights such as freedom of expression, even as it attempted to maintain a repressive despotism at home. The hypocrisy was obvious, and, when economic growth began to slow, further eroded the legitimacy of the Soviet state.

Similarly, the state-led model of the Japanese economic development, so successful in the decades following World War II, failed to respond rapidly to a witch’s brew of deflation and slow growth that resulted in the “lost decade” of the 1990s. To compound matters, Japan’s insular society found it difficult to enact policies to cope with an aging population.

China now faces comparable challenges of bureaucratic over-centralization and transparent disregard of human rights. Much like Japan, its population is rapidly aging. China, however, also faces what it has called the “most serious” gender imbalance in the world. Whether any of these hurdles will prove decisive is something that will only be clear in hindsight, but the risks are evident.

In this light, the crucial lesson of the late Cold War is that success in international politics often hinges on sheer institutional resilience and the ability to outlast rivals. Such resilience, in turn, stems from the ability of governments to adapt when existing policies are inadequate to cope with emerging problems. This is nowhere more evident than in the United States of the 1970s, when a series of major policy innovations proved temporarily successful at redressing the sources of late century malaise.

For example, contemporary critics of open-market globalization tend to downplay the fact that this system emerged as a response to the stagnation that beset most Western economies by 1973. Similarly, 21st-century critics of Washington’s interventionist stance on regime change and democracy promotion seldom mention that this human rights agenda, of which the Helsinki Accords stand as a prime example, was a policy shift that helped the United States support robust institutions in Europe and emerge from the Cold War with its soft power largely intact. And while today’s populists decry the mass immigration that began to gather speed in the 1970s, they fail to appreciate the extent to which immigration precluded a demographic cliff of the sort facing China and Japan. Finally, the shift to an all-volunteer military after Vietnam enabled the United States to mobilize forces without inflaming social tensions. Each of these experiments paid enormous dividends.

Unfortunately, what contemporary declinists correctly recognize is that yesterday’s success stories have become the sources of the United States’ current disfunction. Mismanagement of globalization is intimately bound up with the collapse of the US working class and consecutive years of declining life expectancy among major demographic groups. An overemphasis on democracy promotion can now make it difficult to reach a modus vivendi with authoritarian or quasi-authoritarian states. Mass immigration, much of it unskilled, exacerbates political polarization. Insecure and all-pervasive information technology has left the United States vulnerable to asymmetric attacks by Russia, China, Iran, and North Korea. The all-volunteer force, naturally sensitive to casualties, relies on a variety of technological offsets that have turned the Department of Defense and related aspects of the defense sector into a procurements behemoth that consumes, by some estimates, over $1 trillion per year.

One danger today is that the history of Cold War will be misinterpreted, as if one or two major foreign policy initiatives will enable the United States to “contain” a rising China. Instead, the appropriate lesson is that nations stagnate when they cling to outmoded policies, while those that innovate can gain a renewed but temporary lease on life. At this critical juncture, Washington must be willing to revise much of the policy infrastructure that has been so successful over the last five decades. Predictions of the United States’ decline have been exaggerated, but a myopic focus on containment could hasten the process. Instead, broad innovation is required in order to refashion the foundations of US power: inclusive economic growth, responsive governing institutions, social cohesion, and a robust network of international alliances.

Christopher M England is visiting assistant professor of political economy at the College of Idaho and author of The Existential Foundations of Political Economy. His foreign policy writing has appeared in The National Interest. He can be reached at [email protected]

Sina Azodi is a nonresident fellow at the Atlantic Council and a foreign policy advisor at Gulf State Analytics. He is also a PhD Candidate in International Relations at University of South Florida. Follow him on Twitter @Azodiac83

What we’re forgetting about the Cold War

As President Donald Trump and former Vice President Joe Biden each accuse the other of going soft on China, we have forgotten the tense moments, close calls, and widespread suffering of that first Cold War and somehow grown fond of it instead.

Trump administration officials believe their increasing efforts to counter a more assertive China could prove to be their most significant foreign policy legacy. That will only be true if they can combine it with a strategy that can sustain the effort in concert with allies and far beyond the limits of any single U.S. administration.