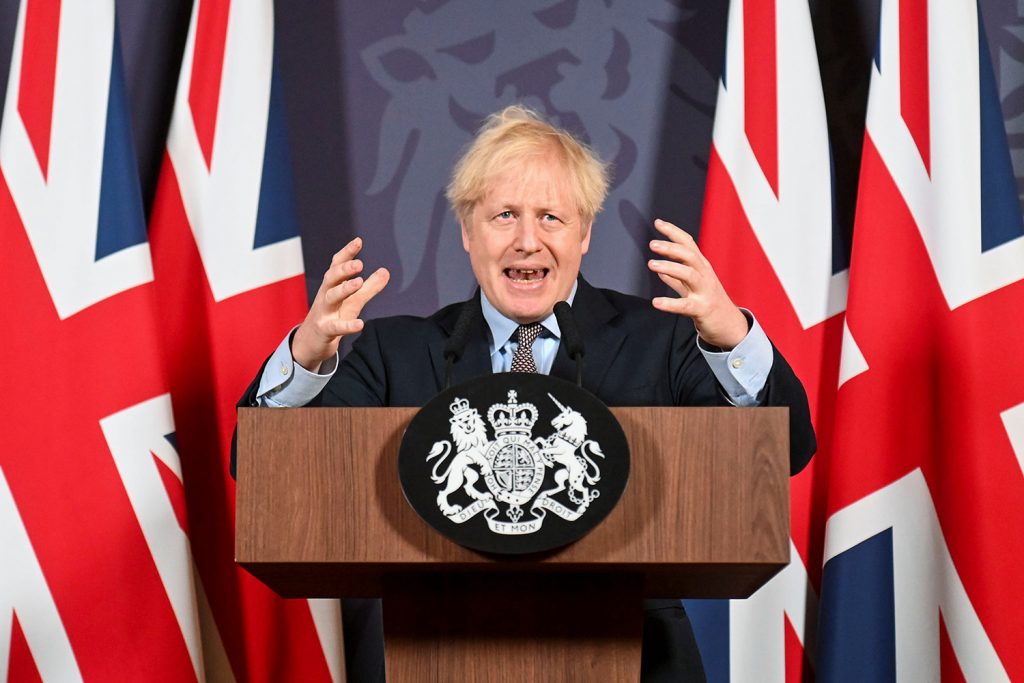 After more than four years of contentious negotiations, last-minute compromises by the United Kingdom and European Union (EU) have finally pushed a post-Brexit trade agreement over the finish line.

The deals struck in the final hours were over fish—specifically deciding how many of them EU fishing boats can catch in UK waters—and over maintaining a “level playing field” with regards to state aid and environmental and labor standards. With those and other questions settled, the deal is set to be applied provisionally starting January 1, pending legislative ratification by both sides. Goods trade between the United Kingdom and EU will remain free of tariffs and quotas but will be subject to custom and regulatory border checks—for both country-of-origin verification and regulatory compliance. This will make UK-EU trade more time-consuming and costly, and thus less efficient, than was formerly the case within the EU’s single market. And the negative impact will be felt more acutely in the United Kingdom, which relies on the EU for about half of its exports and imports while in turn accounting for just around 5 percent of the EU’s overall exports and imports.

The agreement leaves many details open for future disputes. In particular, the deal’s commitment to a “level playing field” means the British government must not provide state aid to UK companies or relax environmental and labor standards so that UK companies can enjoy unfair advantages over their EU rivals. Depending on interpretation, this could constrain Britain’s ability to fully exercise its sovereignty—a key stated goal of Brexit in the first place. Moreover, the “level playing field” agreement comes with new procedures through which either side can raise grievances and start proceedings for retaliatory actions, such as levying countervailing duties. This is likely to be a very contentious process.

For financial services, a key UK export to the EU, a clear regulatory framework that allows free exchanges of financial transactions is paramount. According to the deal, such a framework will be based on the mutual recognition of regulatory equivalence between the United Kingdom and EU. That means that each side will recognize the other’s regulations as equivalent to its own, and that financial institutions will therefore have to comply only with their home regulations to be able to do business in the other jurisdiction. However, since either side will be free to decide whether equivalence exists in a specific case, this will make the legal and regulatory framework for cross-Channel financial activities less stable and predictable, imposing costs on financial intermediation to the detriment of both savers and users of capital on both sides. UK providers of other kinds of services will incur additional costs in selling on the continent since they still have to comply with EU regulations.

As contained in the deal, the legal framework for the enforcement of the new trade agreement and the settlement of any disputes could also be problematic, since the United Kingdom no longer recognizes the jurisdiction of the European Court of Justice. Disputes will essentially be subject to political negotiations, which is inefficient and unpredictable in resolving specific cases.

In any event, even with the new trade deal, the United Kingdom is expected to lose about 4 percentage points of its gross domestic product (GDP) over the next fifteen years thanks to Brexit, while experiencing rising unemployment, inflation, and public borrowing, according to the UK Office for Budget Responsibility. (Brexit without a trade deal would have cut UK GDP by 6 percentage points.) Already in 2020, the combination of the COVID-19 pandemic and Brexit have reduced business investment in the United Kingdom by 30 percent relative to its long-term trend, hurting not only current but future growth in the country.

Overall, and despite the economic costs, the Christmas Eve trade deal allows Brexit to proceed in the least disruptive way possible while preserving amicable relationships between the United Kingdom and EU. Both sides have stated their wishes and intentions to cooperate in other spheres such as security and crime-fighting. This is very important for the well-being of citizens of the United Kingdom and EU living in a very troubled world.

FAST THINKING: Will a Brexit deal be home for Christmas?

The European Union’s chief Brexit negotiator said yesterday that a trade deal could come before Christmas. That would be quite the gift for British Prime Minister Boris Johnson, who faces the prospect of his country “crashing out” of its old trading arrangements with the EU.

The coronavirus crisis is straining British unity as officials in the North of England, Scotland, Wales, and Northern Ireland clash with Boris Johnson’s government over lockdowns and economic support measures.