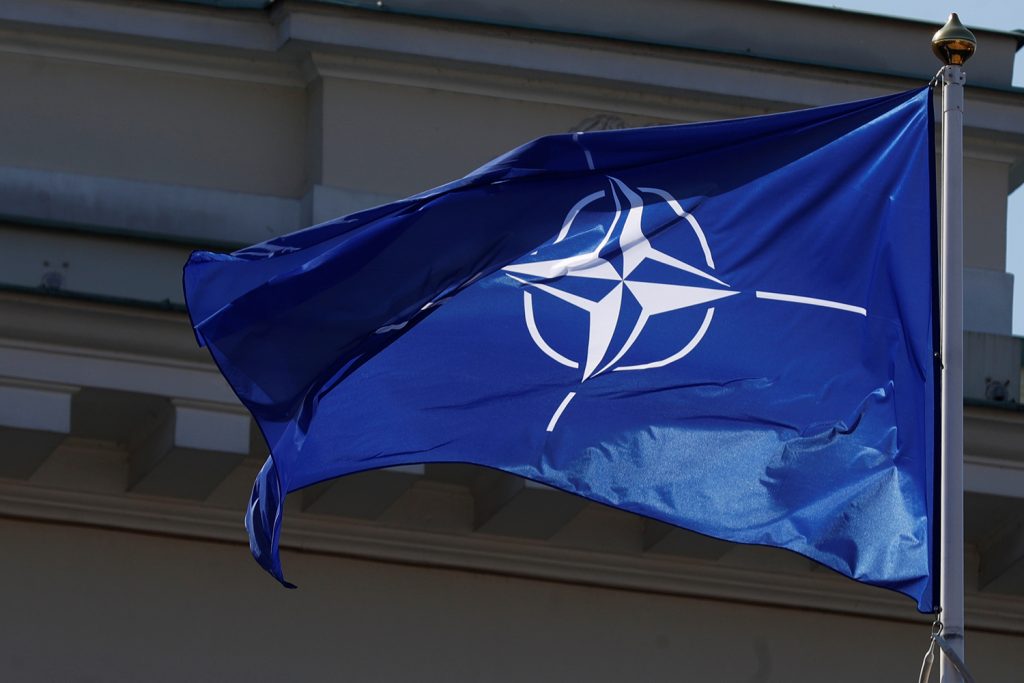 As NATO faces increasing criticism—including from US President Donald Trump—that the military alliance is a drain on American taxpayers and no longer serves Washington’s defense needs, two former US ambassadors have come to its defense.

On July 21, John Herbst, director of the Atlantic Council’s Eurasia Center, and Alexander Vershbow, a distinguished fellow at the Council’s Scowcroft Center for Strategy and Security, made the case for NATO’s continued relevance in the face of Russian belligerence led by Russian President Vladimir Putin.

Yet China, not Russia, is the real threat today, argued John Mearsheimer, a political science professor at the University of Chicago, and Dr. Sara Moller, an assistant professor of international security at Seton Hall University in New Jersey.

The four took part in a one-hour virtual debate—“Is NATO still relevant?”—that was moderated by Dr. Kori Schake of the American Enterprise Institute.

Absolutely it is, said Vershbow, a former US envoy to Russia and South Korea who also served four years as NATO’s deputy secretary general in Brussels.

“NATO remains essential to deter Russian aggression, which is a real threat. It’s also a standing coalition of like-minded democracies that the United States can still call upon to defend shared interests and project stability beyond NATO’s borders,” he said.

Herbst, who was US ambassador to Ukraine from 2003 to 2006, noted that Europe has enjoyed seventy-five years of peace and “unprecedented prosperity” thanks to the strong transatlantic relationship.

“Foreign policy is more effective, more realistic, and less risky when you have allies, and NATO is the premier alliance,” he said, adding that not since the 1956 Suez crisis—when Washington opposed the joint British, French, and Israeli invasion of Egypt following that country’s nationalization of the Suez Canal—have internal disputes been that dramatic. “You also had major ally differences with the deployment of Pershings in the 1980s. Despite that, NATO was essential to defeat the Soviet Union, and NATO is essential today.”

Herbst added: “China is the big problem, but Russia remains a major threat. Putin’s activities are truly destabilizing; the fact is that he launched a war in Europe—the first time since World War II. We need him to stop, and NATO is the way to do it.”

Mearsheimer, however, argued that Putin, aggressive as he may be, is not Washington’s biggest headache at the moment.

“It boils down to whether or not the United States should remain militarily committed to NATO, whether we should keep large-scale military forces in Europe,” said Mearsheimer. “My answer to that is no.”

The professor, who has published six books on international affairs, said the Pentagon’s chief priority right now is containing China.

“Three areas of the world matter strategically to the United States: Europe, East Asia, and the Persian Gulf. For the United States, the key question is whether or not there’s a potential hegemon in one of those regions,” Mearsheimer said. “One of the reasons we stayed in Europe during the Cold War was because the Soviet threat was concentrated in Europe. The fact is, there is no regional hegemon in Europe today—or on the horizon, and indeed there is a regional hegemon: China. That means the US should concentrate all its military might in East Asia. That is what really matters. Europe does not matter very much at all.”

Mearsheimer further argued that “the US and its allies—and specifically NATO—created the Russian threat” in the first place, and that NATO, which was formed in 1949, “has pushed Russia into the arms of the Chinese.”

In November 2019, French President Emmanuel Macron told The Economist that NATO was effectively “brain dead” due to Trump’s frequent complaints that many members were not spending at least 2 percent of their gross domestic product (GDP) on defense.

Even so, Moller, who’s written extensively on NATO, the Middle East, and nuclear weapons, said the thirty-member alliance could soon become irrelevant because it lacks strategic focus.

“A club whose members can’t agree on the purpose of the club [is] a club that is in trouble,” she said. “During the Cold War, it had a very clear and defined purpose: it was to deter and defend against the Soviet Union. Since the 1990s, NATO has been engaged in never-ending transformations. The result has been mission creep; it gets into the peacekeeping business, the counterterrorism nation-building business, security sector reform, counterpiracy, fighting illegal immigration. The result is that members want and expect different things from NATO. They no longer see eye to eye.”

For example, she said, NATO member Turkey is purchasing advanced weapons systems from Russia while the French government is exploring rapprochement with Moscow.

“This lack of consensus jeopardizes its future relevancy,” Moller said, adding that “the strategic deficit NATO faces today predates President Trump and his administration, so it’s a mistake to assume that come January 2021 if there’s a change in occupancy in the White House, that NATO can just go back to business as usual. I don’t see that happening.”

Vershbow called for “a new transatlantic bargain on burden-sharing,” in which by 2030, Europe would pay for 50 percent of the critical capabilities now provided mainly by Washington.

“This would equip them to handle most crises without US support, and allow us to shift more of our assets from Europe to the Asia-Pacific,” he said.

Yet Mearsheimer quickly dismissed that idea.

“We’re not going to get any military assistance from our NATO allies in containing China. It’s going to be done by our Asian allies and the United States,” he said. “The Europeans don’t spend enough money on defense, and they have remarkably little power projection capabilities.”

Mearsheimer added: “I don’t dislike NATO, but we live in a completely different world. For most of my life, Europe was the most important area of the world. That’s no longer the case. The distribution of power has changed. Asia is the area that really matters the most to the United States today. The question is, what can Europe do [about China]? What can NATO do? My argument is it can do hardly anything. We have to wake up and smell the coffee.”

But Vershbow insisted that NATO gives the United States something that its adversaries lack: a team of ready-made partners. “Having allies and institutions like NATO gives us an extraordinary advantage over Russia, China, and other adversaries,” he said. There are often disagreements between the members, he conceded, and “keeping the allies together is a 24/7 job,” but “allies usually find a way to resolve their differences, because alliance unity is too important to put at risk.”

Peering through the fog: The liberal international order in the real world

The liberal order gave the world generations of general great power peace and unprecedented prosperity. Stack that against the first half of the twentieth century.

NATO secretary general unveils his vision for the Alliance’s future

On June 8, Secretary General Jens Stoltenberg laid out his plans for a new period of reflection on the Alliance’s mission and structure over the next ten years. At a time when the COVID-19 pandemic has accentuated certain security threats to member states, including “unabated” Russian military activity, the spread of disinformation and propaganda, and the disruptive ascendance of China, NATO “must stay strong militarily, be more united politically, and take a broader approach globally,” he stated.

Image: NATO flag flutters during the celebration of the 15th anniversary of Lithuania's membership in NATO in Vilnius, Lithuania March 30, 2019. REUTERS/Ints Kalnins