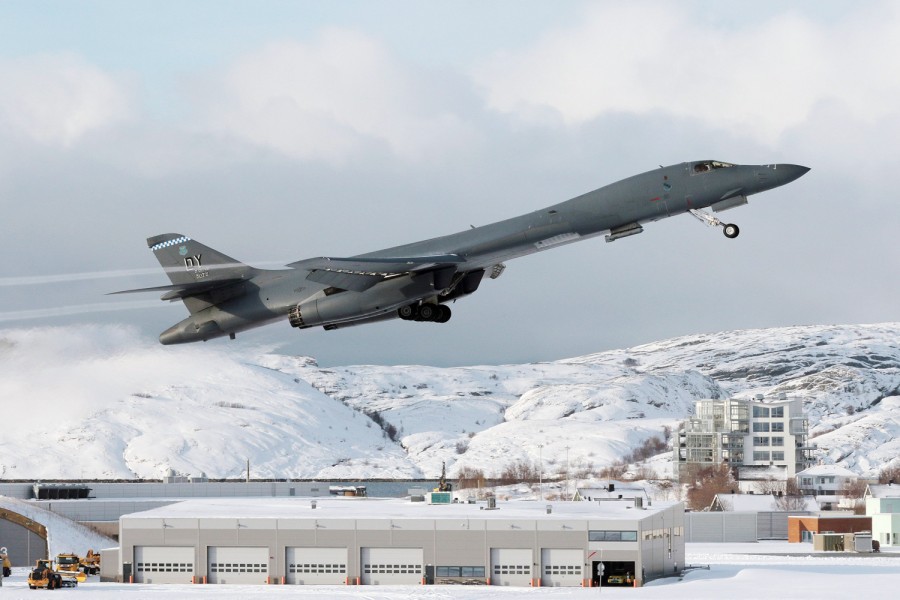 With that in mind, the US Air Force has unveiled its new, comprehensive strategy for the Arctic.

The launch coincided with a July 21 virtual event hosted by the Atlantic Council’s Transatlantic Security Initiative and Forward Defense within the Scowcroft Center for Strategy and Security. The panel featured Secretary Barbara Barrett of the Department of the Air Force and two members of the Joint Chiefs of Staff: General David L. Goldfein of the US Air Force and General John W. Raymond of the US Space Force.

“Historically, the Arctic, like space, was characterized as a predominantly peaceful domain. This is changing with expanded maritime access, newly discovered resources, and competing sovereign interests,” said Barrett. “No other country has a permanent military presence above the Arctic Circle comparable to Russia’s.”

That’s no surprise, given that 53 percent of the Arctic Ocean’s 45,390 kilometers of coastline falls within Russia’s jurisdiction. The remaining 47 percent is split among seven countries: the United States (Alaska), Canada, Denmark (Greenland), Iceland, Norway, Sweden, and Finland.

Barrett said recent Russian investments in the Arctic include a network of offensive air assets and coastal missile systems. And although only two million people inhabit Russia’s vast territory north of the Arctic Circle, the region generates nearly a quarter of the country’s economic output, mainly thanks to hydrocarbons.

In fact, said Barrett, the Arctic holds an estimated ninety billion barrels of oil and $1 trillion worth of rare earth metals, which explains why China—a non-Arctic nation—wants to establish a presence in the region.

“In 2018, China linked its Arctic activities to its One Belt, One Road initiative,” Barrett warned. “Many are concerned that China may repeat what some see as predatory economic behavior, to the detriment of the region.”

To this end, Barrett outlined four focus areas in the new strategy: vigilance in all domains; projecting power through a combat-credible force; cooperation with allies and partners; and preparation for Arctic operations.

“The Department is increasing vigilance, for both deterrence and defense. Vigilance encompasses everything from weather forecasting and consistent communications to threat detection and tracking,” she said, noting that this includes radar tracking stations and other physical facilities stretching from Alaska to Labrador.

Barrett, a former US ambassador to Finland, said the Air Force “deeply appreciates its strong defense relationships with six of the seven other Arctic nations,” excluding, of course, Russia.

There is plenty of information to be gathered by the Air Force’s new capabilities in the Arctic. “Data will be the currency that we operate on…and perhaps most importantly in this region, it’s sharing data with allies and partners” that is the most critical element to defense, explained Goldfein.

Barrett said that “aging infrastructure from the Cold War era” is a problem, especially now that the Russians have refocused their attention on the Arctic.

“We’re seeing increased Russian activity throughout the region,” Goldfein said, stressing the need for common rules of behavior. “What we can’t afford is a miscalculation, or for one of our airmen to perform below standards.”

“The Arctic is key essential terrain for the space domain. It’s clear that as environmental changes have taken place, it’s getting to be a more congested neighborhood. There’s a lot of parallels between the Arctic and space,” he said. “Being able to have a common language and talk back and forth is vital for us. We want to deter conflict from occurring—both in space and in the Arctic—and we believe this strategy is absolutely essential.”

Raymond, noting that the Arctic “is dark for half the year and very cold,” said his vast area of responsibility lies 100 kilometers above the Earth’s surface.

“It’s a global domain and requires global access,” he said, noting the importance of Thule Air Base, located 1,207 kilometers north of the Arctic Circle on the northwest coast of Greenland, as well as Alaska’s Clear Air Force Base. “One of the most critical missions we do is missile warning. We also command and control satellites in polar orbits, and where better to do it from than at the top of the world? The geography and position on the globe makes it an extremely advantageous place to operate from.”

The Kremlin’s renewed interest in the frozen north comes as the amount of Arctic sea ice plummets. Within a few decades, scientists expect the entire Arctic to be free of summer sea ice—clearing the way for year-round shipping, but also speeding up the thawing of permafrost.

On June 20, the remote Siberian town of Verkhoyansk—normally one of the coldest places on Earth—hit a sizzling 100.4 degrees F (38 degrees C) in the midst of an Arctic heat wave. Indeed, global warming is already taking its toll on infrastructure throughout the region. In May, a power plant storage tank in northern Russia leaked more than 150,000 barrels of diesel oil into nearby lakes and rivers after the permafrost that its supports were built on began to melt.

That has long-term implications for the US military’s Arctic assets as well, Raymond warned.

“The thawing and melting of the permafrost can cause the foundations of buildings and equipment to shift. And it can impact the structural integrity of those facilities,” he said. “It is a real challenge to keep the infrastructure up and running to begin with. But as the environment changes, it’s becoming even more difficult because of the permafrost issues.”

Subscribe for forward-looking analysis of defense and national security