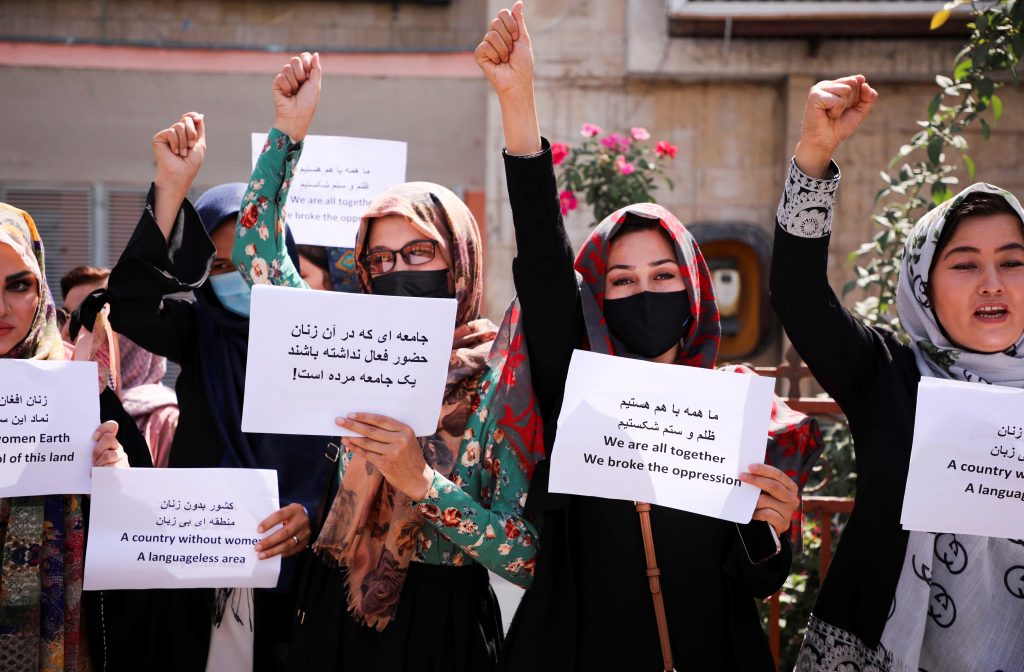 A year after the fall of Kabul to the Taliban, Afghanistan continues to face the consequences of the US-led Western military and diplomatic withdrawal. While the country faced multiple and intersecting challenges prior to August 2021, the Taliban’s reinstatement of their Islamic Emirate and imposing of severe restrictions have further exacerbated the crises facing Afghans. The most visible of these restrictions target Afghan women, who have lost considerable rights and are now left with no agency over their work and education.

Effectively, the Taliban regime has pushed women out of public life in Afghanistan.

The US drone strike in July that killed Ayman al-Zawahiri in the upscale Sherpur district of central Kabul only confirmed what many long believed and what the United Nations warned against: that the Taliban and al-Qaeda maintain close links. Such concerns over terrorism and violent extremists seemingly remain unaddressed. Meanwhile, the Taliban continues to struggle to transform from an insurgent group to a political one that can deliver on governance. Afghanistan’s economic, political, and humanitarian crises continue to escalate because the government has failed to gain international legitimacy, something that—critically—would lead to the removal of hard-hitting sanctions imposed by the United States and other Western nations.

But as Western policymakers and Taliban interlocutors struggle to agree on a pathway that would lead to some form of accommodation—even if not outright recognition of the regime—the role of Afghanistan’s neighbors has been largely unexplored. Afghanistan’s regional context offers both lessons but also scope for cooperation in relation to US-led Western policymaking. This is particularly true in examining the question of leverage against the Taliban.

Afghan resistance leader Ahmad Massoud: There is ‘no other option’ but to fight on against the Taliban

“Unfortunately,” Massoud told the Atlantic Council, Taliban leaders “have not changed. They are even more radical than before.”

NATO can’t afford to expend precious resources in places that don’t matter to its core interests—lest the Alliance risk losing future conflicts in places that really do.

South Asia Center experts provide their analyses of the US drone strike in Kabul that killed Ayman al-Zawahiri, the leader of al-Qaeda.

Image: Afghan women's rights defenders and civil activists protest to call on the Taliban for the preservation of their achievements and education, in front of the presidential palace in Kabul, Afghanistan September 3, 2021. REUTERS/Stringer