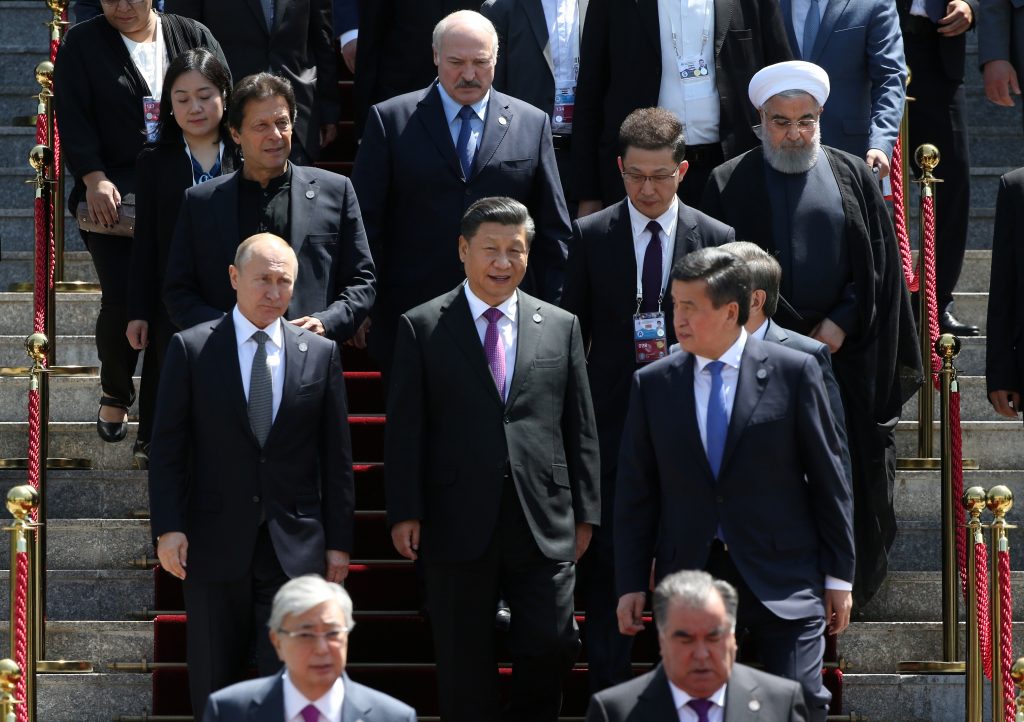 Pakistani Prime Minister Imran Khan will land in Moscow on Wednesday, February 23, 2022. The visit was confirmed by Pakistan’s Ministry of Foreign Affairs a day after the prime minister met Chinese President Xi Jinping. Khan will be visiting Russia on the invitation of Russian President Vladimir Putin and is traveling to Moscow at a time when Russian forces have their guns pointed towards Ukraine.

Many are seeing the timing of the visit as a clear signal from Pakistan on where it stands in the duel between the West on one side and Russia and China on the other. From this perspective, the move seems justified and logical. While relations between Pakistan and the United States have been frosty for some time, albeit with occasional positive developments, US President Joseph Biden’s decision to not call Khan after he took office in 2018 supports the narrative that Pakistan is justified in improving ties with other powers who are open to engaging with Islamabad, such as China and Russia. Although the argument seems plausible, Pakistan’s economic and global position requires a more nuanced and balanced approach to foreign policy.

Openly taking sides is not the most prudent way to manage an era of great power competition, where the world is once again drifting towards a Cold War-like distribution of power characterized by bipolarity. Much has been written in recent times on how Russia and China, as revisionist states, are challenging the norms that have underpinned the US-led liberal international order and are seeking an international system in which the power balance is not disproportionately in favor of the United States. These increasing global bifurcations are manifesting themselves in South Asia, where Pakistan has increasingly and assertively started highlighting its relations with China–sometimes even at the cost of upsetting the West–while India has developed a strategic relationship with Washington.

Notwithstanding these developments, it is still in Pakistan’s interests to avoid aligning too overtly with either of these camps, or at least avoid sending signals that elucidate its desire to court global pariahs like Russia. Pakistani foreign policy makers must fully understand that while American power might be waning in one way or another, Western power more broadly is not going anywhere anytime soon. In fact, unprecedented globalization in recent years has propelled Western ideals and culture to every nook and cranny of the globe. While authoritarianism is on the rise and democratic descent is palpable, the notions of freedom, liberty, democracy, and market economies still resonate with many around the world. Given this reality, it is not in Pakistan’s interests to be perceived as aligned with countries that often serve in the West–still the dominant force on the planet–as a reference point for all that is wrong in the world.

However, this is not to suggest that Pakistan forgo improving relations with Russia or appreciating its relations with China. The point is that Islamabad should not do so at the cost of its relations with Western powers. This is also not to say that Pakistan should surrender its right to freely indulge in international relations. Rather, it should only take into account the dictates of power that often limit choices for middle powers like Pakistan.

Another reason for Pakistan to not alienate global pro-democracy states and audiences is the fact that Pakistan too happens to be a democracy. This supports an ideological alignment with the West that also provides Pakistan with enormous economic benefits, since trade relations with Western countries often take into account Islamabad’s democracy and human rights report card. An example is the GSP+ status that gives Pakistan preferential access to European markets. While an emphasis on democracy would not mean the deterioration of Islamabad’s relations with China or Russia, a robust emphasis on republicanism might win Pakistan more supporters in the West. In short, Pakistan would lose nothing but win something. On the flipside, Khan applauding the Chinese political system is not one of the ways to win over democratic polities.

For a developing country like Pakistan whose economy is living off bailouts from Western-led international financial institutions, beating the drums for China and Russia might not be the wisest of strategies. Its focus should be on economic development which must never be tied too intimately with any single country or bloc. The West–with an over 50 percent share in global GDP–is an economic hegemon, and Pakistan has no rational reason to compromise relations with it when its economy is in dire need of opportunity and investments.

Given this context, the timing of Khan’s Russia tour could not be worse. The mere spectacle of signing deals with Russia–at a time when the world is still guessing whether Putin will (once again) challenge accepted norms of international conduct by invading Ukraine–is not going to provide good optics for Islamabad. Pakistan prides itself in being a responsible member of the international community that fully supports international law and various human rights charters. Undertaking a state visit to a country that is on the verge of invading another sovereign country sends a clear message to the world that Pakistan does not mind courting even the worst of delinquents. Although not linked directly, such behavior may also weaken Pakistan’s case on Kashmir, Palestine, or anywhere it finds itself taking a moral high ground while basing its case in international law. Again, this is not to say that Islamabad should not have closer ties with Russia; rather, it must simply stay mindful that its engagement does not tarnish its global standing. A bit more diplomatic deftness and acumen would have achieved both a state visit resulting in economic deals as well as avoiding the wrath of Western audiences and states.

Since India is an important determining factor for Pakistan’s foreign policy, Islamabad must also remain cognizant of the fact that Moscow is unlikely to give precedence to its ties with Pakistan over its longstanding relationship with Delhi; just recently, Russian diplomats thanked India at the United Nations for abstaining from voting on the Ukraine issue at the Security Council.

Herein lies the secret. Russia will not not compromise its relations with either Pakistan or India and continues to seek better relations with both, and India–despite being strongly tied to the West–did not hesitate to abstain on a resolution that was significant to the West. In this context, why should Pakistan seek stronger ties with the West’s enemies instead of seeking a policy of strategic balance between the two blocs? Avoiding covert signals of partnership is more feasible today than during the Cold War because neither of the two blocs insist on other states taking sides. For Pakistan to still behave as if they are seems counterintuitive.

Islamabad’s foreign policy should focus on maximizing its power–both hard and soft–and that means maintaining good ties with Western countries who have dominant economies, militaries, and narratives. It is possible to achieve this without risking relations with the East. Pakistan should therefore abstain from choosing camps for the time being.

It is heartening that the NSP has created a discourse in Pakistan where common citizens are questioning the government about their rightful place in the national security policy. Implementation of the NSP will take a whole-of-government approach, and sectoral reforms will be critical if the policy objectives set in the NSP are to be achieved.