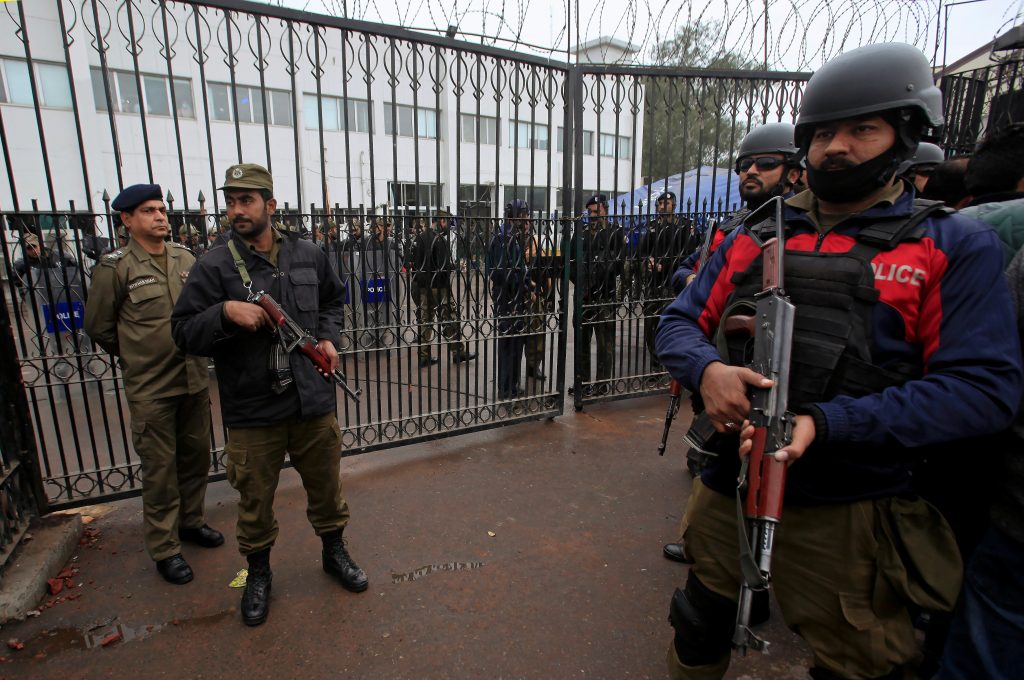 “Bold visions and big ideas lie at the heart of human progress and prosperity. Policies that encapsulate these contribute towards galvanising national sentiments in line with the vision and goals a nation sets for itself.” These are the opening lines of the message by the Prime Minister of Pakistan, Imran Khan, as a preamble to the recently published National Security Policy (2022-2026), a 48-page abridged version of which was officially released for the public on January 14, 2022.

Since its public release, and even before the national release of this new National Security Policy (NSP), much public debate has taken place in Pakistan about the “newness” or the “comprehensiveness” of the NSP. The process has also been criticized for not having been inclusive in its approach where broader political consensus is concerned. However, a little nuance needs to be brought to the discourse on inclusivity given that the executive branch has the right to make the policies but is not bound by law to generate consensus among all stakeholders before proceeding to the implementation stage. It is a policy at the end of the day and not a law. There is a difference. Main conversations in Pakistan are geared towards highlighting the lack of political consensus building on the NSP instead of deconstructing the contents and the direction of the NSP.

What does the NSP promise to common citizens of Pakistan?

This is the first time any NSP in Pakistan has taken a comprehensive approach to security, anchoring its drift in human security to achieve economic security. Whether it is about securing a citizen’s constitutional privileges, or about protecting a regular Pakistani from all forms of extremism, crime, terrorism, and violence–including war–the new NSP has it covered. This is also the first time in the history of Pakistan that gender security has found its place in the NSP document aiming to protect the citizens of Pakistan from structural violence, including inequality in workplaces and gender-based violence. These are not minor successes for a country which has been focused for the past seven decades on defining national security primarily in terms of territorial security and through the lens of traditional security battling internal and external threats. This is the comprehensive approach which had been missing previously from all NSPs and should be celebrated.

In order to prioritize human security, the NSP makes specific references to the rule of law to be upheld for all citizens, ensuring a responsive justice system that is impartial and holds all citizens accountable equally. As a Pakistani, it gives me a sense of confidence that finally my government is thinking about me and my prosperity which, once collectively achieved, will translate into a strong nation where the elite will make Pakistan a priority and invest in Pakistan instead of offshoring their accounts and businesses.

Pakistan’s socioeconomic indicators are low. While socioeconomic indicators in a country focus on sustainable wellbeing of the individual, the family, or society as a whole, in Pakistan all these domains have been neglected in the past several decades. Social and economic policies which should have been designed to uplift the population’s standard of living through economic opportunities and investment by the government were not implemented, even if they existed on paper. Pakistan in its seventh decade of independence is still trying to discard its historical baggage of colonialism, especially where institutional influences and class structures are concerned. It has had a slow start in accumulating capital and building productive capacity to alleviate poverty in its society. This NSP brings our focus to improving Pakistan’s socioeconomic indicators. And, in order to achieve that, Pakistan must become an export-led economy, increasing its exports to attract FDI, reduce unemployment, and support equitable income distribution. The China-Pakistan Economic Corridor (CPEC) is one such mega-project, which provides Pakistan such an opportunity to become an export-led economy, thereby in the long-term contributing to Pakistan’s socioeconomic development. Pakistan, however, will not be able to achieve socioeconomic development if it lacks a people-centric approach, whereby protection of the human rights and human needs of its own citizens is not at the heart of building such corridors.

The good news is that through this NSP, the state of Pakistan has signed a new social contract with its citizens. Ehsaas, for example, is one such social protection program which aims to meet the needs of the citizens of Pakistan. It aims to protect their human rights whereby they could become productive citizens and contribute to Pakistan’s development, reaping the benefits of interconnectivity and regional integration which represents one of Pakistan’s foremost foreign policy goals.

However, while the Corridor’s connectivity with China and the other Central Asian countries in the region aims to provide Pakistan with improved economic indicators, better socioeconomic indicators, and poverty alleviation, it is the human capital development of its own people which is the key to enjoyment of human rights through development. It is understood that interconnectivity in itself, on autopilot, is not a prerequisite of enjoyment of human rights unless a conscious and concerted effort is made to link the two. This NSP clearly aims to bridge the gap.

What does the NSP say about strategic stability in South Asia?

At the outset, the NSP is clear about present and future threats that Pakistan faces in its neighborhood. This is the first time that five domains of war, where Pakistan is prepared to fight, are mentioned in the NSP: land, air, sea, cyber, and space. It is about time that Pakistan addresses the challenges of cross-domain coercion, which can be achieved by adversaries through the use of digital soldiers on information-based cyber attacks to achieve strategic effects.

The NSP also makes a mention of focusing on the indigenization of Pakistan’s defense production and modernization of its armed forces to deal with the evolving threat spectrum from India, fueled by militarized Hindutva ideology which continues to dangerously prioritize violence over peace. There is a focus in this NSP on recognizing the Indian Ocean region as a contested space, as well as its impact on regional security in general and Pakistan’s national security in particular. The NSP aims to protect Pakistan’s Exclusive Economic Zone, ensuring freedom of navigation and strengthening Pakistan’s sea lines of communication and surveillance to thwart multi-directional challenges to its maritime security, including cyber intrusion.

With reference to India’s efforts towards nuclear and conventional modernization, the NSP reiterates Pakistan’s resolve to ensure that full spectrum deterrence provides it with the strength to uphold strategic balance in the region at all times. With an eye on India’s investment in a variety of disruptive technologies, the NSP highlights Pakistan’s need to invest in upgrading cyber security for its critical infrastructure, securing its networks to minimize cyber intrusion and surveillance. Hybrid warfare also receives a mention in the NSP, as an area where a whole-of-nation approach is required to neutralize threats. This was demonstrated well by India through its embarrassing attempts to undermine Pakistan’s security and stability, now exposed by the DisinfoLab project as illegitimate and fraudulent.

Overall, the take-home message from this NSP is that every citizen of Pakistan, irrespective of their political affiliations, is an important stakeholder when the battle is for the soul of Pakistan and its future as a country with immense potential. It is heartening that the NSP has created a discourse in Pakistan where common citizens are questioning the government about their rightful place in the national security policy. The next steps are challenging. Implementation of the NSP will take a whole-of-government approach, and sectoral reforms will be critical if the policy objectives set in the NSP are to be achieved.

Dr Rabia Akhtar is a non-resident senior fellow at the Atlantic Council’s South Asia Center and Director of the Centre for Security, Strategy, and Policy Research at the University of Lahore.

Videos circulating on Twitter, Facebook, and other social media platforms showed a violent mob dragging a half-dead man on the streets of Sialkot, Pakistan on December 1, 2021. As the TLP’s influence grows and its ideology spreads, the de-radicalization of Pakistani society looks like an even more distant dream.

Image: Police officers stand guard for security measures at the premises of the Punjab Institute of Cardiology (PIC) building, which was stormed by a group of lawyers the day before, in Lahore, Pakistan December 12, 2019. REUTERS/Mohsin Raza