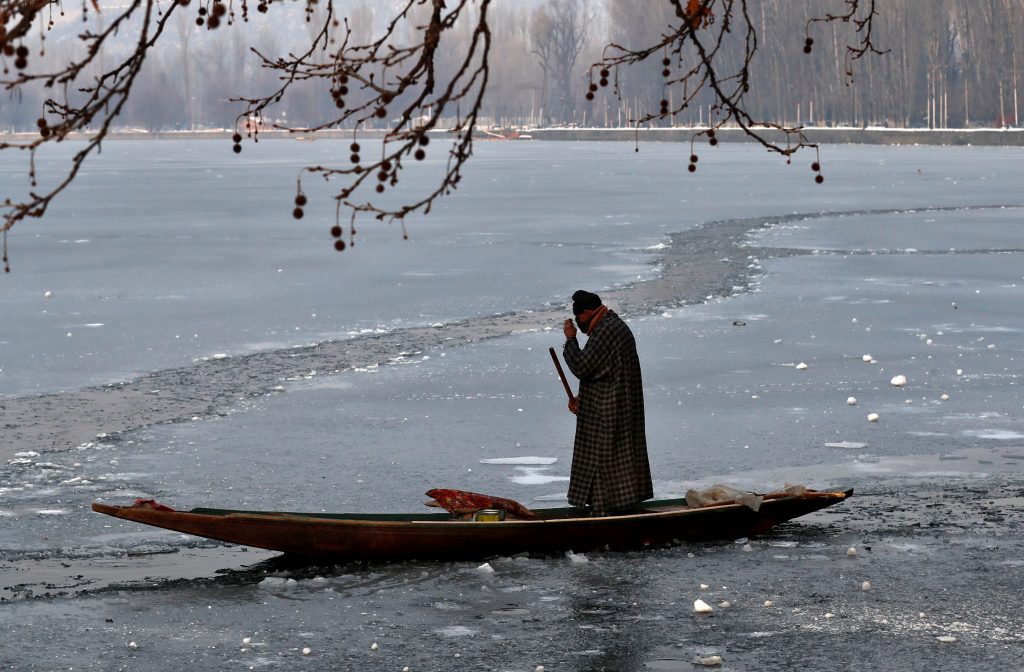 For the first time in decades, India’s air became clean and breathable.

At the same time, however, the COVID-19 crisis has devastated India’s economy and public health. Unemployment has skyrocketed, state revenues have dried up, and many continue to die each day of the pandemic. In the midst of this catastrophe, however, there emerged one positive development: a drastic improvement in India’s air quality. As the Indian economy has re-opened in recent months, that improvement has now been erased. Yet, this brief period of clean air offered a glimpse of what can be gained by building a cleaner, more sustainable Indian economy. To explore how that can materialize, this piece will first examine the opposing ecological and economic impacts of India’s lockdown, and then pose policy recommendations that balance sustainability and economic growth.

The extent of India’s air quality improvement was both visible to the naked eye and scientifically measured. Last summer, pictures circulated across social media of citizens in the Punjabi city of Jalandhar seeing the Himalayan mountain range a hundred miles away, something that had not been possible for thirty years. In addition, numerous scientific studies were conducted to examine this phenomenon. An August report by Science Direct measured the density of air pollutants in India’s atmosphere over several months, confirming this drastic improvement during the lockdown. Specifically, the study found that concentrations of PM10 and PM2.5—both key pollutant metrics—reduced by half in cities across India. This data also offered evidence that “pollution source control can attenuate the air quality,” establishing a causal relationship between a city’s industrial emissions and the air that its people breathe.

Of course, the lockdown’s contribution to improving air quality must be factored against its economic consequences. The industrialization of India—which is inextricably tied to its air pollution—has integrated the country into global markets and catalyzed the economic growth that has lifted hundreds of millions out of poverty. Manufacturing jobs in India’s industrial centers have provided consistent employment at higher incomes for Indians across the country, including migrants from the nation’s poorest states, such as Bihar and Uttar Pradesh. Given this reliance on industry and manufacturing, the near-complete shutdown of the Indian economy last year had crippling effects on the lives of the country’s most vulnerable citizens. The drastic lockdown measures imposed countrywide endangered the livelihoods of 40 million internal migrants whose incomes were cut off overnight. Millions of families slipped back into extreme poverty, often resorting to dangerous child labor to put food on the table.

These hardships make it painfully evident that a safe re-opening of the economy is vital for the wellbeing of India’s citizens. That does not mean, however, that Indians should be resigned to reverting back to the pre-pandemic status-quo. Industrialization, while yielding great economic benefits, has also exacted an ecological cost. Smog and dirty air are endemic to Indian cities; Delhi in particular has seen infamously poor air quality in recent years, culminating in what the city’s Chief Minister called “unbearable levels” in 2019. This past winter, the air situation in Delhi was again dire. This environmental crisis is especially concerning given the link between air pollution and COVID-19 severity. While the economic shutdown last year was untenable, the return to the status-quo we are now seeing is not much of a solution either. The question is: how can India’s governments and businesses work to improve the country’s air quality with a fully opened economy?

Central, state, and local governments must craft detailed and comprehensive plans to rebuild the economy in an emissions-conscious way, emphasizing clean energy. Policymakers, in partnership with businesses, can leverage a variety of tools to ensure that the economy is built back cleaner. Some of these policies are already being implemented in parts of the country, while others have yet to be tried. In addressing the air pollution problem, no stone should be left unturned:

India sits at an inflection point. The one silver lining of improved air quality resulting from the COVID-19 lockdowns has faded as the country re-opens and looks to rebuild its crippled economy. India’s recovery will be long and difficult, but it also poses an opportunity. If governments, businesses, and international actors work together to accelerate the adoption of electric vehicles and renewable energy, India can emerge as a global leader on carbon emissions reduction and avoid a return to the unsustainable and ecologically destructive status quo of old. Should they succeed in doing so, perhaps the citizens of Jalandhar will once again be able to look up and see the snow-capped mountains of the Himalayas.

Shashank Jejurikar was a fall intern at the Atlantic Council’s South Asia Center and is currently a Master of International Affairs Candidate at Columbia University’s School of International and Public Affairs.

The time is ripe for Kashmir peace talks, and the Biden administration, with Secretary Blinken at the helm of foreign affairs, can play a constructive role in bringing India to the table. Why should the United States promote the Kashmir peace process? What could it realistically do?