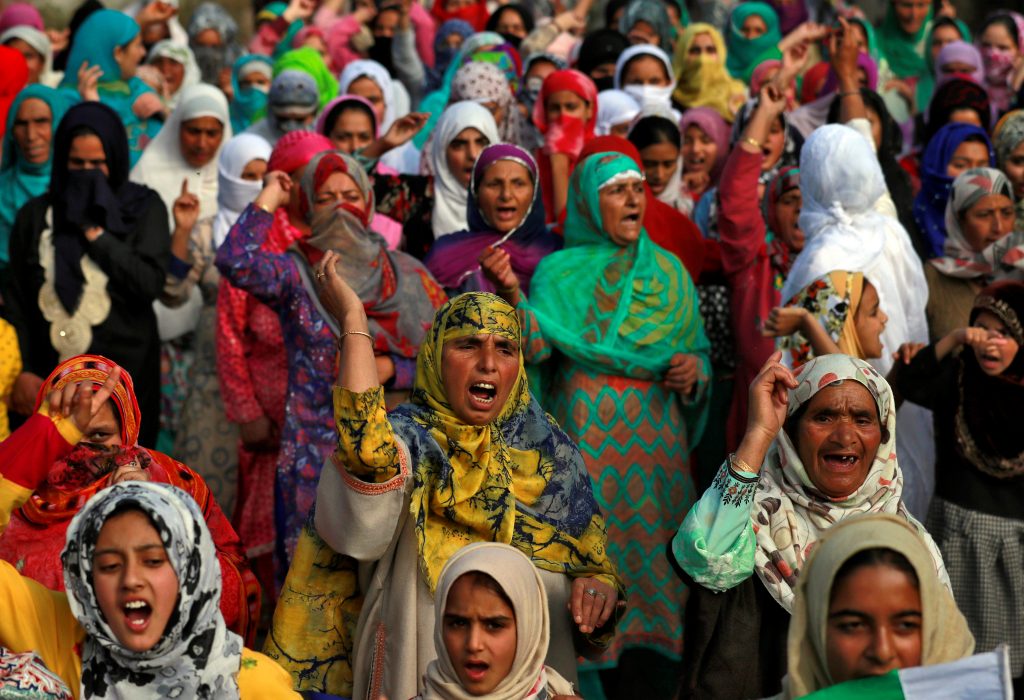 Secretary of State Antony J. Blinken is off to a strong start with India. In a recent conversation with Indian Minister of External Affairs Subrahmanyam Jaishankar, he highlighted the importance of the democratic process in Myanmar, and the plan for Washington and Delhi to expand regional cooperation on COVID and climate change. Where there is room for urgent discussion and expert diplomacy, however, is the situation in Kashmir. The time is ripe for Kashmir peace talks, and the Biden administration, with Secretary Blinken at the helm of foreign affairs, can play a constructive role in bringing India to the table.

Why should the United States promote the Kashmir peace process? What could it realistically do?

Kashmir is the greatest source of tension between two nuclear-armed rivals, India and Pakistan. The two countries fought three wars over the region. Following a suicide attack in Kashmir in 2019, Islamabad and New Delhi were on the brink of a nuclear confrontation. Indian Prime Minister Narendra Modi reportedly considered a missile strike against Pakistan.

A nuclear war between India and Pakistan would be devastating for both countries, but the indirect effects on climate would be catastrophic for the world. It would likely “trigger Ice-Age temperatures, cause global famine, and kill 125 million people.” Surface sunlight would decline by 20-35 percent, cooling the global surface by 2-5°C and reducing precipitation by 15-30 percent. Recovery would take more than ten years, while net primary productivity would decline 15-30 percent on land and 5-15 percent in oceans, threatening mass starvation and additional worldwide collateral fatalities.

A successful US withdrawal from Afghanistan also requires peace in Kashmir. The combination of instability in Afghanistan and popular discontent–verging on an uprising–in Kashmir creates ripe conditions for spillover. After the Soviet Union withdrew from Afghanistan in 1989, the “transformation of Afghan warfare from jihad to chaos in the 1990s propelled an upsurge of violence in Kashmir,” recalls Jonah Blank. “When the Russians left Kabul, so did many of the foreign mujahideen, or Islamist fighters. They had to go somewhere. And for many of them, somewhere was Kashmir.” Stabilizing Afghanistan but not resolving the Kashmir crisis could once again trigger Afghan and international militant relocation to Kashmir, exacerbating the conflict there and potentially spilling over into other parts of the region, such as Afghanistan, India, Pakistan, China, or Central Asia.

Facilitating a Kashmir peace deal is an opportunity for the United States to make clear that “it means what it says” about democracy and human rights. It would send a message to India and the rest of the world confronting the rise of authoritarianism about the distinctiveness and value of America’s global leadership.

The current mental health and women’s reproductive health crises in Kashmir reflect the conflict’s human toll, which has been compounded by the COVID-19 pandemic. A peace deal would drastically improve the lives of millions living inside the world’s most densely militarized region.

India is currently enjoying historically high leverage inside Kashmir after the August 2019 revocation of the region’s special status and subsequent military buildup. This is also the case vis-à-vis Pakistan, which is why Islamabad is currently restraining powerful anti-India militant outfits like Lashkar-e-Taiba and Jaish-e-Mohammed so as “to evade scrutiny amid impending sanctions” for funding terrorist groups under the Financial Action Task Force. In any talks with Pakistani and Kashmiri representatives, India would be negotiating from a position of strength.

The time for peace negotiations is made all the more opportune by the emergence of a political actor that can credibly speak for the majority of Kashmiris: People’s Alliance for Gupkar Declaration. It is a coalition of regional mainstream political parties aiming to restore the rights the people of the erstwhile State of Jammu and Kashmir held before August 5, 2019.

On August 4, 2019, as tens of thousands of new paramilitary troops deployed in the region, leaders of all of the major political parties in Kashmir, except the right-wing Bharatiya Janata Party (BJP), met and issued the so-called Gupkar Declaration. Their goal was to protect Kashmir’s autonomy and special status, under Article 370 of India’s constitution. The next day, New Delhi revoked Article 370, split the State into two Union Territories, and repealed Article 35A, which guaranteed specific rights to Kashmir’s permanent residents. The central government then imposed a complete lockdown and communications blackout – the “longest ever in a democracy.” Among the thousands arrested were over 200 politicians, both separatist and pro-India, including two former chief ministers of the state.

On August 22, 2020, six political parties in Kashmir, including National Conference, Congress, and the People’s Democratic Party, vowed “to collectively fight to restore the Special Status of J&K.” This came to be known as the Gupkar Declaration II and led to the creation of the People’s Alliance for Gupkar Declaration.

New Delhi’s confidence building measures ahead of peace talks can involve simultaneously reaching out to mainstream political parties, probably through the People’s Alliance for Gupkar Declaration, and the local population. For the latter, immediate steps may include securing land and jobs for the locals, youth outreach initiatives, releasing those still detained under charges of stone-pelting, and developing a surrender policy toward the militants. New Delhi would make progress with the political parties by softening its tone toward the mainstream Kashmiri politicians, releasing all political prisoners, disavowing patronage politics, and committing to a draft on future policy on Kashmir, which has been absent for several years.

In a world where reputation can be a source of power or a liability, India is currently at a disadvantage. The change in Kashmir’s status sent shockwaves around the world. Then-presidential candidate Joe Biden asked the Indian government to “take all necessary steps to restore rights for all the people of Kashmir.” India acquiring the global reputation of a bully risks strengthening the hand of Pakistan as well as losing the moral ground to object to any changes in the status of Pakistan-administered areas of Kashmir. For example, it legitimized what would have been otherwise a controversial move when Pakistani Prime Minister Imran Khan granted “provisional provincial” status to Gilgit-Baltistan, Pakistan’s only land link to China that is also at the center of the China-Pakistan Economic Corridor (CPEC).

The current situation in Kashmir is drawing China into the conflict. Beijing has historically maintained formal neutrality on the Kashmir dispute, but recently started speaking more openly about it. In a now-deleted tweet posted in June 2020, a spokesman of the Chinese embassy in Pakistan linked the recent India-China border standoff in Ladakh to New Delhi’s revocation of Kashmir’s special status

Finally, if Richard Nixon (a staunch anti-communist) could revamp US-China relations, there is hope for India-Pakistan relations under the leadership of Prime Minister Modi. As a hawk, Prime Minister Modi is far less likely than his domestic political opponents to pay a high price at the polls. It was only five years ago that he made a friendly surprise visit to Pakistan. Persuading him to take bold steps to resolve the Kashmir conflict is not an unreasonable goal.

What could the United States do?

The United States need not play an official mediator’s role, which former President Donald Trump offered to do on multiple occasions. India categorically rejected the offers, citing its firm stance that Kashmir is a “bilateral” issue between New Delhi and Islamabad. Where there is an opportunity for President Biden and Secretary Blinken to play a constructive role is in encouraging their Indian counterparts to consider Kashmir peace talks as a viable strategy. Among the other minimally intrusive techniques Washington could employ are: (1) helping to set up the negotiations, (2) providing advice and offering proposals, (3) serving as a sounding board for all sides, and (4) protecting the negotiators from outside influence.

Image: Kashmiri women and girls shout slogans as they attend a protest after Friday prayers during restrictions following the scrapping of the special constitutional status for Kashmir by the Indian government, in Srinagar, October 11, 2019. REUTERS/Danish Ismail