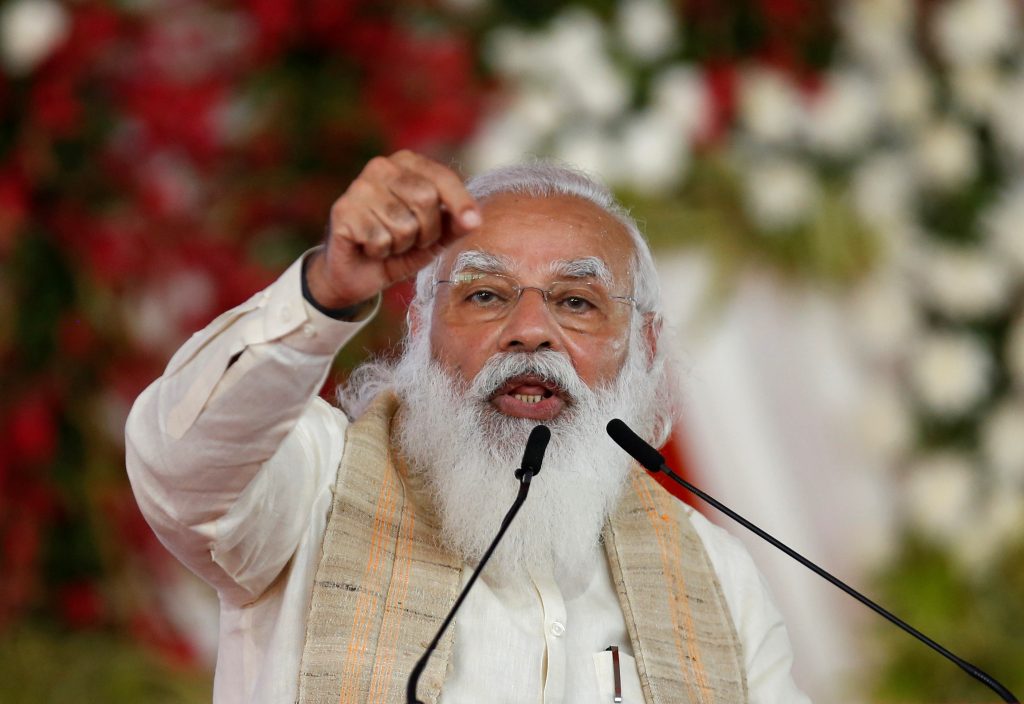 The US-India relationship presently presents the US foreign policy establishment with a paradox. The degradation of India’s democracy challenges the logic underlying the relationship. If China is to be contained because it is authoritarian, then why should the United States bolster the power and prestige of increasingly authoritarian India? Would this not help Delhi become what Washington fears of Beijing?

With the Obama administration’s “pivot to Asia” and the adoption of the term “Indo-Pacific” under the Trump tenure, India came to occupy the center stage of US foreign policy. The hope is that India would serve as a counterweight to an “increasingly assertive” China. Under the Biden administration, the key mechanism for realizing this hope has been “the Quad,” or the US-Australia-India-Japan Consultations. Experts see this informal grouping as representing a “potential paradigm shift” from “ceremonial, process-centered multilateral institutions” like the ASEAN Regional Forum to a “functional, results-oriented problem-solving institution.” Beijing sees it as reflecting a “Cold War mentality,” an outdated view of the world.

Washington is also trying to build stronger military ties with Delhi. The two countries’ total defense trade went from near zero in 2008 to over $20 billion in 2020. In 2016, the United States designated India as a Major Defense Partner in order “to elevate” the defense partnership “to a level commensurate with that of the United States’ closest allies and partners.” In 2018, India’s status was elevated to Strategic Trade Authorization tier 1, thereby allowing it to receive license-free access to a wide range of military and dual-use technologies regulated by the Department of Commerce.

In 2019, the United States and India conducted their first-ever tri-service (ground, naval, and air forces) exercise, called Tiger Triumph. The focus was on disaster response and humanitarian aid delivery, but observers described it as “an improvement over the type of joint military exercises that the two countries have held to date” and “an indication that defense relations between the two sides are steadily deepening.”

The rationale behind the Quad is that it is a grouping of countries that share not only strategic interests, but also political values. It is not a pact based on the Kautilyan logic of “the enemy of my enemy is my friend.” And, if the Quad is to continue developing and be effective long-term, the shared political values will play an essential role in its legitimacy, prestige, and sustainability.

On March 12, 2021, Quad leaders held a “historic” virtual summit and issued a joint statement entitled “The Spirit of the Quad.” In it, they publicly pledged their commitment to supporting, among other things, the rule of law, peaceful resolution of disputes, and democratic values.

If Prime Minister Narendra Modi is to honor his pledge, India has a long way to go in reversing the well-documented course of illiberalism. And, if the Quad and the Indo-Pacific strategy are to work, the United States must hold India accountable.

During his first visit to India, US Secretary of State Antony Blinken should publicly foreground democratic freedoms and human rights, rather than relegate them to closed-door banter. Reputation matters a great deal to India, as it does to other regional powers. It is time for the Biden administration to make clear that creeping authoritarianism carries a significant cost to India’s international standing.

Some might fear that challenging Delhi could undermine its willingness to contain Beijing. But, if India chooses to help contain China, it would be because doing so is in its interest, not because of American diplomatic maneuvering. There is adequate diplomatic wiggle room for a difficult conversation about the worrying state of India’s democracy. The question is whether Secretary Blinken is willing to have it.

Yelena Biberman is a nonresident senior fellow at the Atlantic Council’s South Asia Center, an associate professor of political science at Skidmore College, and a fellow at the Modern War Institute at West Point. Her book, Gambling with Violence: State Outsourcing of War in Pakistan and India, was published by Oxford University Press in 2019.