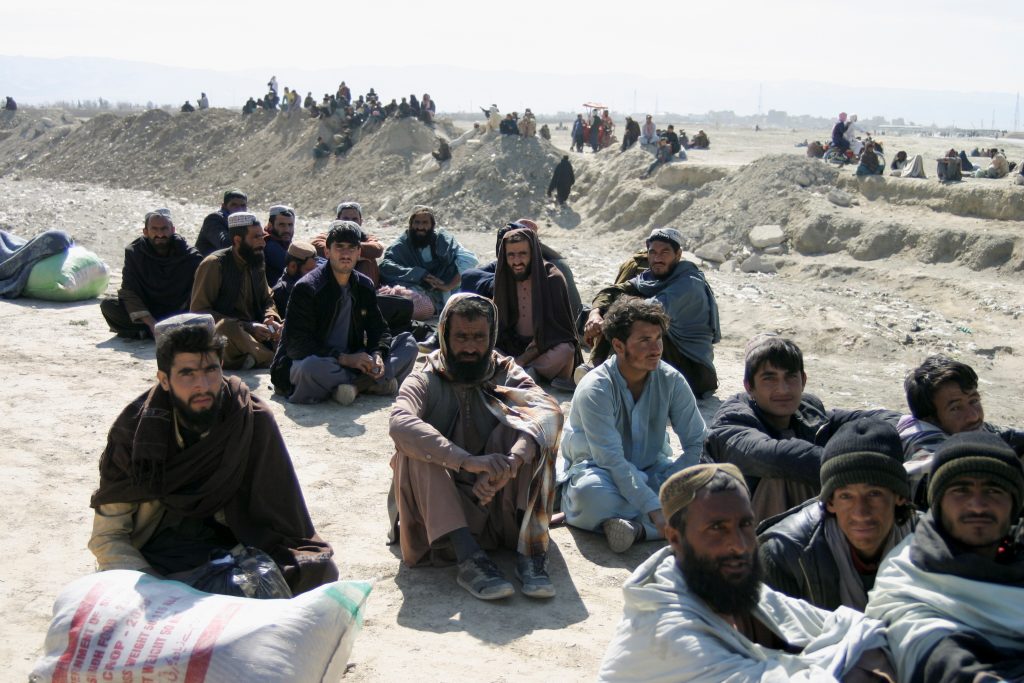 She continued by welcoming the TTP’s announcement of a ceasefire, with this apparent opening being reciprocated by the group’s representative who attributed the indefinite extension of the ceasefire to substantial progress in talks between the group and a fifty-member Pakistani delegation.

While a thorough analysis of Pakistani government negotiations with the TTP cannot be done until more information is released, it is important to stress that this dialogue is not advantageous for Pakistan. There are three reasons why this is the case.

By negotiating, Islamabad could unintentionally legitimize the TTP
Entering into peace talks with the TTP after it increased attacks on Pakistani security forces gives the impression that Pakistan acknowledges the growing presence and fighting prowess of the group. In other words, negotiations suggest that sustaining losses was becoming too costly for Pakistan. It is noteworthy that the group was able to target Pakistani security personnel with greater ease from 2020 until the start of this latest round of negotiations. The TTP claimed 282 attacks on the Pakistan Army and other law enforcement agencies in 2021. Furthermore, according to the Army, in the first three months of 2022, ninety-seven soldiers and officers were martyred in attacks carried out by the TTP and other terrorist organizations. And, as recently as April 2022, the group brazenly attacked a Pakistan Army convoy, martyring seven soldiers. Attacks like this were part of the group’s spring offensive, codenamed “Al-Badr.”

At a time when violence has spiked, then, starting negotiations with the perpetrator indicates that the TTP is militarily stronger than it was previously. The group, it must be stressed, will gain confidence from the fact that only weeks after the launch of its spring offensive, Pakistani authorities agreed to negotiate with it. For a non-state actor like the TTP, seeing a state actor concede in this manner is ideal for galvanizing further support.

Furthermore, it is reasonable to argue that–ever since its resurgence–the TTP has made its presence felt in areas surrounding the Pakistan-Afghanistan border. The corollary is this: the TTP has regained the ability to target the Pakistan Army, a force which successfully flushed it out of Pakistan seven years ago. Letting them off the hook only supports the group’s strength and confidence. Unless the TTP commits to disarming its fighters, reported releases and pardons would enable it to resurrect itself and become a force to reckon with going forward. With Pakistan fighting terrorists and separatists in Balochistan–not to mention the Islamic State Khorasan Province (IS-K)–it cannot afford to paint itself an actor willing to offer concessions to its inveterate enemies.

Pakistan risks allowing the TTP to regroup at home by halting military action
If the TTP is allowed to return to the tribal areas and other parts of Khyber Pakhtunkhwa (KP) (as a result of negotiations taking precedence over Pakistani military action), the group could reinvigorate quickly, not least because this region is its home turf. A bolstered and legitimized TTP operating from within Pakistan would be more difficult to manage, especially at a time when IS-K has also increased its attacks inside the country.

Regardless of how many concessions are given to the TTP, its empowerment by the possibility of returning home–as well as the resulting boost in operational capabilities–would allow it to pressure Islamabad yet more. Even if the group does not have its way on, say, reversing the merger of tribal areas with KP, it could position itself to further challenge the writ of the state going forward. That would create yet another military problem for Pakistan, one that cannot be tackled without a massive kinetic operation. At a time when Pakistan wants to fully focus on extricating itself from intersecting economic and political crises, fighting a full-scale war on its western flank would be disastrous. It can thus hardly afford the TTP’s continued resuscitation at home.

The Afghan Taliban could use their role as brokers to condone Afghanistan-based outfits that threaten Pakistan
The Afghan Taliban could leverage their role as broker between Pakistan and the TTP to renege on their promises to clamp down on Afghanistan-based militant groups that threaten Pakistan and its neighborhood. Rather than simply pulling the plug on the TTP, the Afghan Taliban have encouraged negotiations with the group. Presumably, they hope to increase their involvement–and thereby their influence–on this particular situation as well as regional security more broadly.

This could help the Afghan Taliban stave-off pressure from Pakistan, because by playing the role of broker, the group can more easily shy away from taking on a bevy of anti-Pakistan groups in Afghanistan, pointing instead to their assistance as mediators. Therefore, instead of taking decisive action against the TTP, the Afghan Taliban may find playing the go-between as a better option, especially as it shifts the onus of failure on the two principal negotiators and away from Kabul.

What should be done
With risks and uncertainties surrounding negotiations, Islamabad must pressure and support the Afghan Taliban to eliminate the TTP. Pakistan could offer joint operations and intelligence sharing to the Taliban so as to enable their dislodging of the group. Such an approach would not only stop the TTP from establishing a foothold in Pakistan but also help the Afghan Taliban debunk its noncommittal approach towards clamping down on the outfit. None of this can happen without a consistent, constructive dialogue between Islamabad and the Taliban regime in Kabul, however.

Shrouded in secrecy, Pakistan’s negotiations with the TTP are not the panacea for its growing terrorism woes. If anything, a ceasefire with the organization will create space for it to rebrand and stage a comeback. In particular, as other outfits such as IS-K continue to grow stronger, the optics of Pakistan talking to the TTP risk it spiraling further into conciliatory politics in a neighborhood rife with internal and external threats.

Back to the future in Pakistan?

The populist Prime Minister of Pakistan Imran Khan, who promised a “Naya (New) Pakistan” Pakistan, has been removed from office by a vote of no confidence in parliament, the first ever in Pakistan’s fraught political history.

Image: People gather as they wait for the border to open after clashes between Afghan and Pakistani security forces, in the Pakistan-Afghanistan border town of Chaman, Pakistan February 25, 2022. REUTERS/Saeed Ali Achakzai