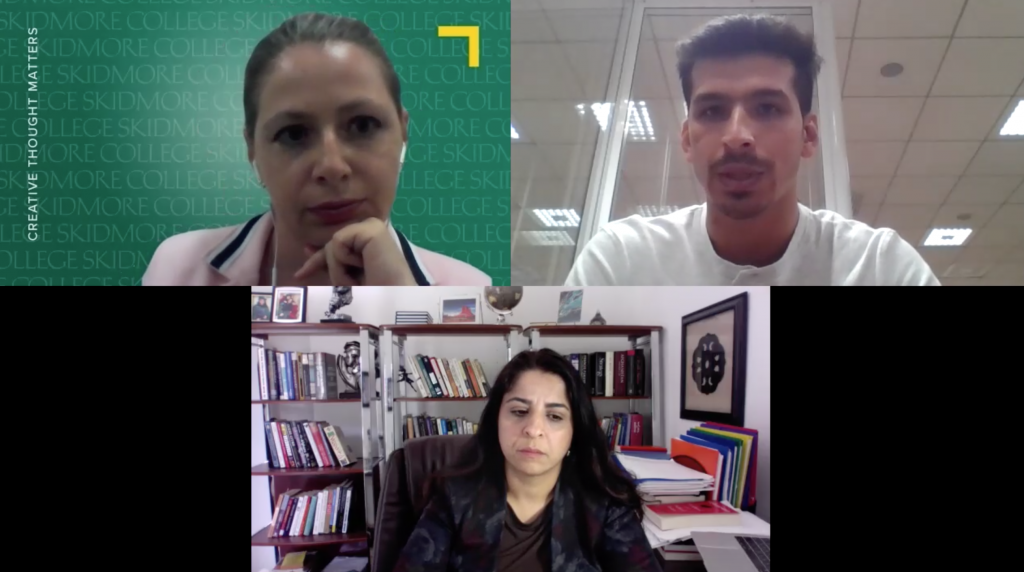 The Taliban pledged that they would form an inclusive government, consisting of all ethnic groups and women, with the aim to gain international legitimacy. However, the new all-male occupants of key positions in the interim cabinet have been filled by the group’s hardliners, some of whom are still part of UN and US terrorism lists and blacklists. They do not represent the diversity of Afghan society, and it appears that women are to be completely sidelined from meaningful political participation. On the other hand, the country is facing a severe humanitarian crisis parallel to a financial crisis as a result of frozen foreign reserves by Washington and the international community, who cite concerns that the Taliban cannot be trusted with that money just yet.

Questions remain on who will deliver aid to vulnerable Afghans and, given the latest appointments, whether the Taliban be trusted to ensure the safe delivery of aid. How can the international community pressure the Taliban to respect human rights and form an inclusive government where women, various ethnic groups, and minorities are included?

The Atlantic Council’s South Asia Center, in partnership with Radio Free Europe/Radio Liberty, recorded this panel discussion on Tuesday, September 14 to discuss what the future holds for Afghanistan amid the Taliban’s new government and recent political developments in the country.

RFE/RL’s mission is to promote democratic values and institutions and advance human rights by reporting the news in countries where a free press is banned by the government or not fully established.

After two decades of conflict in Afghanistan, it’s difficult to imagine Western powers resorting to military intervention against the Taliban, even if the group lives up to the worst of everyone’s fears. That leaves economic and financial sanctions—a favored policy option to impose costs and contain adversaries without using force—as the primary tool with which […]

Pakistan and the Taliban 2.0: The good, the bad, and the ugly

The Taliban’s 11-day Blitzkrieg has left the entire world stunned. As the new government takes shape in Afghanistan, there are some good, some bad, and some ugly realities confronting the region, primarily Pakistan.

US intel is now flying blind in Afghanistan

Good intelligence is all about people—which is why the president’s ‘over-the-horizon’ approach may fail.