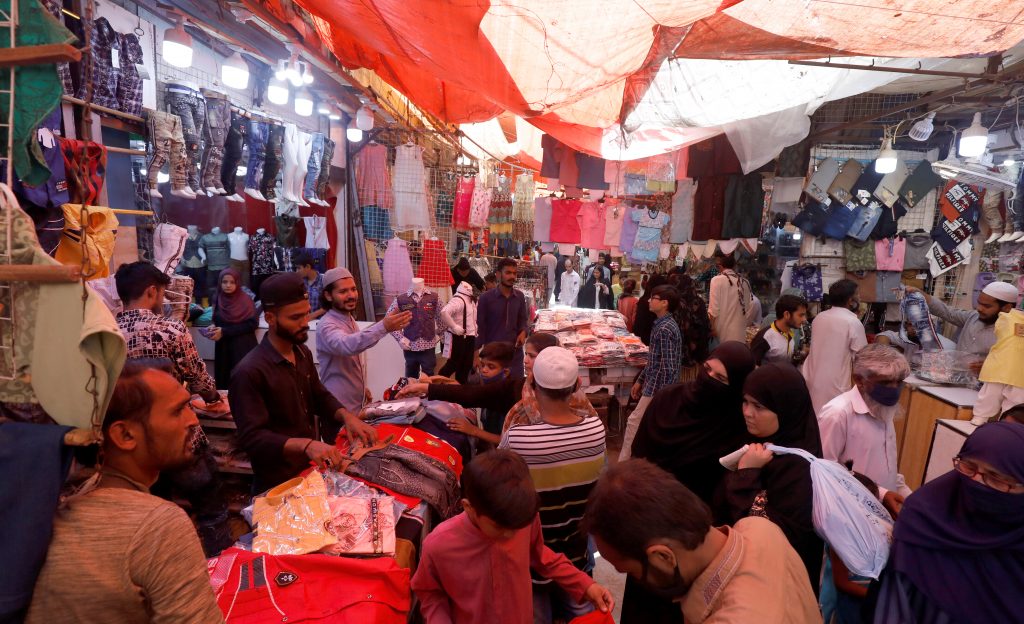 Now that the American venture into Afghanistan is coming to be seen by some as a serious strategic failure, there is a strong temptation for US policymakers to find something, or someone, to blame. Just as Cambodia was the scapegoat for a botched war in Vietnam, neighboring countries to the Afghan conflict present a convenient target. The objective of this piece is not to assign blame on any one party or country for recent developments in Afghanistan, but to shed light on some important gaps in ongoing coverage of the issue.

Pakistan has been seen and treated as an unreliable ally by the United States in the War on Terror over the last two decades. However, channeling frustration and anger towards Pakistan now would be another strategic misstep at this crucial point in time for the region. Since taking office, President Biden has yet to speak to his Pakistani counterpart, Prime Minister Imran Khan. This cold shoulder has not gone unnoticed in Islamabad. Pakistan nonetheless has decided to move on clear-eyed with its strategy to stabilize Afghanistan. Herein lies the problem: the less that Washington engages with Pakistan, the more disconnected it will be from the region and the weaker its influence will be on the situation’s outcome. Any space that the United States cedes, whether in its relationship with a new Afghan government or with Pakistan, will be filled chiefly by China, and to some extent Iran and Russia.

Furthermore, US policymakers have turned a blind eye to the negative impact of an unstable Afghanistan on Pakistan. The country has lost approximately 83,000 civilians in the War on Terror, and estimates show that it has cost Pakistan’s economy $126 billion dollars. In contrast, the much touted $6 billion dollars in aid it has received from Washington is seen as a pittance by Pakistani civilians and policy makers alike. Between 1995 and 2020, over 500 suicide bomb attacks shook Pakistani cities, drastically reducing both the security environment and the average Pakistani’s quality of life. However, the armed forces demonstrated remarkable resilience in tackling this issue, greatly reducing the number of attacks and clearing the former FATA from the Tehreek-e-Taliban Pakistan (TTP). The return of the Afghan Taliban is not a boon for Islamabad—it puts at serious risk the hard-fought stability that Pakistan has achieved in recent years.

What has largely evaded media coverage is the construction of a massive border fence along Pakistan’s formerly porous border with Afghanistan, at a cost of over $500 million USD. The fence, now 90% complete, stretches along the whole Pak-Afghan border, spanning the equivalent distance from New York to Denver. The border boasts a double-barbed wire fence, infrared cameras, and an additional 1,000 forts along the frontier. The “safe haven” argument is thus past its expiration date: there is no longer anarchic freedom of movement between Pakistan and Afghanistan as commonly described.

At present, there are about 1.4 million registered Afghan refugees in Pakistan. There are about another 1.5 million unregistered Afghan refugees there as well, in a country with a fragile economy and strained public infrastructure. In a recent interview with the BBC, British General Sir Nick Carter acknowledged that with the large influx of refugees, it was nearly impossible for Pakistan to be able to identify Taliban sympathizers from among the throngs of displaced Afghans. Indications to the contrary may be seen more as incompetence rather than nefarious intentions.

As such, the evidence is inadequate to justify the notion that Pakistan acted as a spoiler to US efforts in Afghanistan, nor did it need to act as one even if it had so desired. The 300,000 strong Afghan army collapsed in the face of an estimated 70,000 Taliban. The Afghan government, widely disliked and notoriously corrupt, abandoned its people in the end, exemplified by President Ghani’s fleeing the country as the situation spiraled out of control. Ultimately, the United States sealed the Ghani government’s fate by signing a poor deal with the Taliban and setting an arbitrary final date for withdrawal. Moreover, it seems hard to deny that the Afghan Taliban swept to power so quickly without some genuine popular support, but time will tell. The failure in Afghanistan highlights a recurring flaw in US foreign policy—the inability to fully grasp local cultural and historical realities in the theater of operation. These are just a few of the major deciding factors in the collapse of the Afghan government that were well outside of Pakistani influence. Anatol Lieven makes an eloquent case for how other policy miscalculations had possibly doomed the effort in Afghanistan as early as 2004.

To the contrary, Pakistan brought the Taliban to the negotiating table in Qatar at the request of the United States. It also acted as the main facilitator for intra-Afghan talks since the breakdown of said negotiations in Doha. Pakistan recently hosted political leaders from all main segments of Afghan society in Islamabad to foster a deal aiming to create an inclusive government. Such a government—that protects basic human and in particular women’s rights, composed of Tajiks, Uzbeks, Hazaras, and the Taliban—is the only sustainable solution for Afghanistan. Islamabad has maintained for years that there is no military answer to the problems facing Afghanistan, and time has proved this theory to be accurate. Now, Pakistan is the only country that can effectively mediate between all parties, and it needs US support at this juncture to stabilize the fluid situation in Afghanistan. For its part, Pakistan would be wise to enhance its communication abilities and be as transparent in its goals as possible. The United States should also demonstrate to the average Pakistani that it sees Pakistan as more than just a “hired gun”—this would best be done through economic and particularly trade cooperation.

Former US Ambassador to Afghanistan and Pakistan Ryan Crocker stated in the New York Times last week that the United States made a mistake by disengaging with Pakistan in the 1990s and would be repeating that mistake by turning away from Islamabad now. “We need to be engaged with Pakistan on ways to assess and deal with this enhanced threat,” wrote Crocker. He also confirms what keen observers of the region already know, “…I doubt there are many high fives being exchanged in Islamabad today.” Terrorist groups that threaten the security of both the United States and Pakistan can take root in a lawless Afghanistan. The interests of this pair are aligned now more than ever.

Blaming Pakistan for the problems that Afghanistan is facing now would mean greatly overstating Islamabad’s strategic capability. It would also to some extent absolve the United States of genuine strategic error, further prolong institutional insulation in Washington, and finally, disenfranchise the Afghan people while denying them agency in their own affairs. Importantly, though, blaming Pakistan will achieve nothing in granular terms, and will only make things more complicated in Afghanistan. In lieu of these developments, the United States must renew its commitment to a strong and enduring partnership with Pakistan.

Hashim Pasha has a BA in International Relations and Arabic from Tufts University, an MA in Democracy and Governance from Georgetown University, and is a Harvard-certified negotiator.

By Irfan Nooruddin, Harris A. Samad

Image: People shop from stalls in a market, after Pakistan started easing the lockdown as the coronavirus disease (COVID-19) continues, in Karachi, Pakistan May 11, 2020. REUTERS/Akhtar Soomro