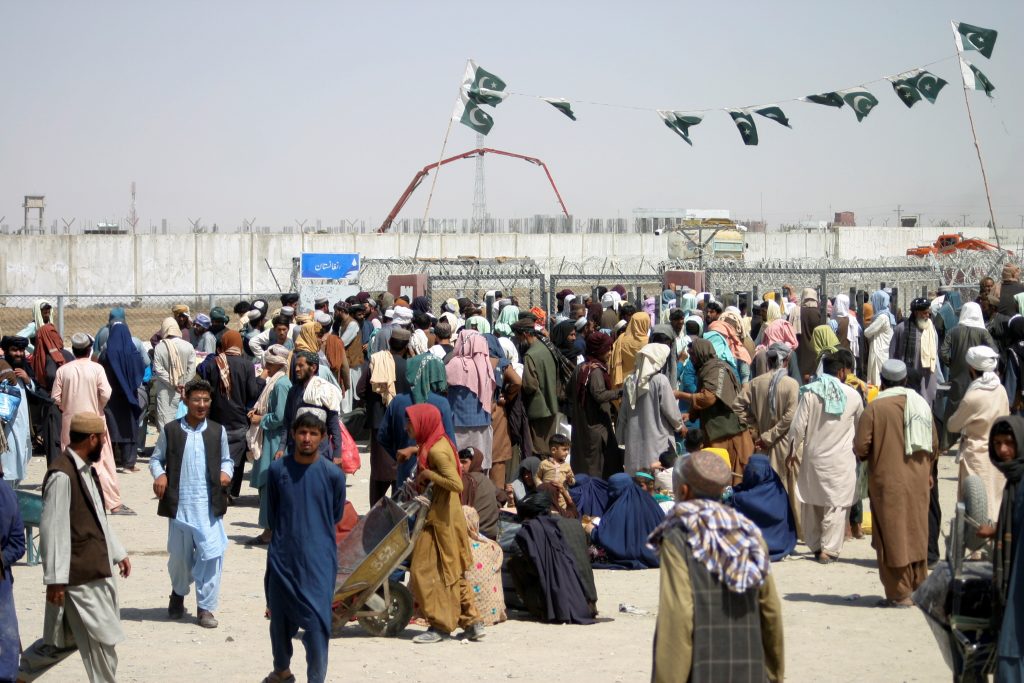 The Taliban’s 11-day Blitzkrieg has left the entire world stunned. With almost no resistance, one provincial capital after another fell like a house of cards, making way for the Taliban to claim Kabul. The Afghan army, trained by the United States, was nowhere to be seen as the Taliban entered Kabul. Perhaps they chose what was, in their view, the lesser of the two evils: one who trained them (Washington, an occupational force), versus the Taliban, one of their own from Afghan soil. Since 2001, the United States has spent $83 billion to train Afghan National Defense and Security Forces (ANDSF) including the military, elite forces, and national police. Had the Taliban not taken over Kabul, Washington previously allocated $3.3 billion for 2022, with a pledge of increasing it to $4 billion until 2024. The structural collapse of the 300,000 strong ANDSF forces has been analyzed with some rigor. However, here we are, in 2021, with a lack of collective imagination on how the Afghan national army will take shape under the new Afghan government, be it pluralistic or Taliban-led. As the new government takes shape in Afghanistan, there are some good, some bad, and some ugly realities confronting the region, primarily Pakistan.

The first good thing for Pakistan is that the war in Afghanistan is over. US forces have left the country and with that, twenty years of bloodshed in Afghanistan and by proxy in Pakistan has come to an end. Pakistan realizes that the decision it took in 2001 to join the Global War on Terrorism (GWOT) was shortsighted, the consequences of which the country had to suffer in blood where 83,000 Pakistanis have lost their lives.

The second good thing for Pakistan is that its efforts in bringing the Taliban to the negotiating table with the United States and shaping the Afghan peace process in its initial stages are not lost now that the US withdrawal from Afghanistan is complete. Pakistan’s good offices helped the Taliban understand the importance of connecting with the international community and reclaiming their political space even if it comes at the cost of power-sharing. Pakistan’s interactions with the Taliban throughout the Doha process also helped the Taliban realize their own evolutionary process, enabling them to undertake a cost-benefit analysis of imagining an Afghanistan post-US withdrawal. And, the Taliban that we are seeing on our screens today—holding press conferences and engaging with the international community as proactive citizens of Afghanistan, casting a shadow over their militant persona—is a win-win for all since the fall of Kabul. None of this would have happened without Pakistan’s consistent engagement with the Taliban, the United States, and other regional partners, making all parties understand the other’s positions, stakes, and vulnerabilities.

The third good thing for Pakistan is China’s positive outlook on the future of Afghanistan under a Taliban-led government. China’s impact on regional stability is not to be underestimated and while Beijing would like to fill the political vacuum created by the US retreat, it is also poised to assume a leadership role in bringing its current and prospective Belt and Road Initiative (BRI) member countries in the region together on one platform to realize its South Asian economic ambitions. Afghanistan’s immediate neighborhood, consisting of Pakistan, Iran, China, Russia, and the Central Asian countries, shares a robust vision of regional connectivity. Through an integrated approach led by China, these regional partnerships inclusive of Afghanistan have the potential to strengthen regional security and trade. If realized, that too will be a win-win for all.

The bad for Pakistan emanates primarily from Taliban’s recognition dynamics as efforts take shape to form a government in Afghanistan. Going forward, one thing can happen which will push Pakistan to make a unilateral decision with respect to recognition of the Taliban. The consensus that Pakistan is hoping for, in good faith and with respect to the Taliban’s recognition by the international community, could fall apart. It still remains to be seen if the Taliban 2.0 will be anything different from their earlier version since they have nothing to show for it. If the negotiations between the Taliban and the Afghan political elite and other tribal factions do not soon mature into a power-sharing structure to the Taliban’s liking, then the group is in a position to shun the whole process and unilaterally declare themselves to be autocrats of their Islamic Emirate. Such a move would invite sanctions from the G7 and other countries, pushing Pakistan to once again choose a side. For this scenario, Pakistan must have a strategy in place.

Now that the US withdrawal is complete and the evolving intra-Afghan process for a power-sharing model is on autopilot, what incentives do the Taliban have to hold their end of the bargain? With the United States freezing former Afghan government foreign reserves and the meagre prospects of the Taliban accepting the Afghan constitution as the system of governance, the original conditions of the 2020 US-Taliban agreement stand diluted. The condition of abandoning al-Qaeda in Afghanistan is also questionable since there have been reports of the Taliban maintaining close ties with al-Qaeda despite promises to Washington. Given the absence of any influence by the US-led G7 over the Taliban in this new environment, Pakistan needs to reassess its leverage over the Taliban to rein in the Tehrik-i-Taliban Pakistan (TTP) and other terrorist factions who, with the blessings of al-Qaeda, are using Afghan soil to launch terrorist attacks inside Pakistan. Since their takeover of Kabul, the Taliban have made several statements about the TTP which do not reflect their commitment to deliver TTP terrorists to Pakistan for trial or exercise absolute control over this entity. Instead, there are statements by the Taliban showing their discontent over the fencing of the Pakistan-Afghanistan border. If Pakistan is unable to get a solid commitment from the Taliban over stopping, punishing, and handing over TTP militants, or if the Taliban continues to see the fencing of the Pakistan-Afghanistan border as detrimental to their vision of secure borders without barriers between the two countries based on “trust,” then the relationship between Taliban-led Afghanistan and Pakistan will start off on the wrong footing.

Afghanistan’s uncertain future poses serious challenges for Pakistan. Under absolutely no conditions should Pakistan compromise on its counter-terrorism strategy of which eliminating the TTP is an integral component, and the realization of which depends on the fencing of the international border between the two countries.

Dr Rabia Akhtar is a non-resident senior fellow at the Atlantic Council’s South Asia Center and Director of the Centre for Security, Strategy, and Policy Research at the University of Lahore.

Four scenarios of Afghanistan under the Taliban

After capturing Kabul at lightning speed—surprising analysts and security experts alike—the Taliban are now poised to assume leadership once again in Afghanistan. In lieu of these developments, four potential trajectories warrant attention in the near to medium term.