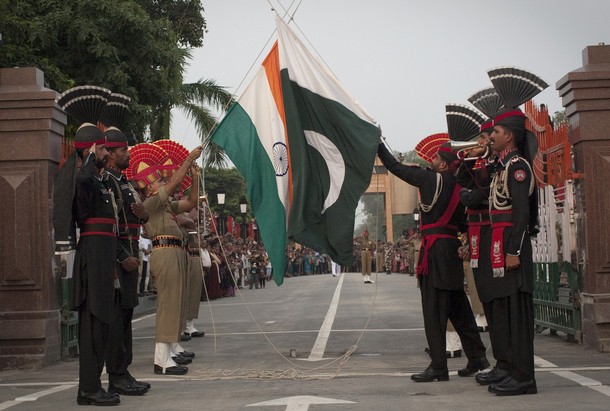 Pakistan and India witnessed a moment of relative peace when the two countries reactivated the 2003 agreement for a ceasefire on the Line of Control–separating Indian and Pakistani administered areas of Kashmir—last year. Unfortunately, that fragile peace appeared only momentary on March 9, 2022, when a supersonic cruise missile from India landed in Pakistan’s territory.

The jury is still out on what led to the missile crisis. However, based on publicly available data on the subject and our own primary interviews, we argue that there is a far greater likelihood that the missile was an unauthorized launch on part of the missile crew of the Indian Air Force (IAF). We also argue that by demonstrating restraint in the missile crisis, Pakistan signaled that its military posture could always be more cautious and calculated than a rushed reaction. Finally, we believe that Pakistan could have done better with its information campaign in the crisis as opposed to adopting a tepid response.

Recent news reports in India have found that a group captain of the IAF and his colleagues were allegedly involved in the missile launch. An Indian congress leader also asked the IAF to share details of why and how one of its personnel had fired the missile.

The group captain had charge of a Mobile Command Post, which controls four Mobile Autonomous Launchers (MALs)—a complex, land-based BrahMos missile system. Depending on the input of the commander-in-charge, the MAL can fire the missiles towards designated targets within four minutes. To clarify, the BrahMos flies on a “Fire-and-Forget” principle and cannot self-destruct once launched.

What makes it highly likely that the missile launch was unauthorized and not accidental? For one, nuclear scientists consider only those launches as accidental that occur because of a technical error. If it is fired by people in the chain of command with access to the codes but lacking political authorization, it would constitute an unauthorized launch.

Moreover, in the past, when India kept its warheads and their delivery vehicles separate (known as “de-mated”), it incorporated “super permissive action links (PALs),” which are mechanical and electronic codes to avoid unauthorized and accidental launches. With increasingly higher readiness levels of India’s conventional and strategic forces, one can expect far more stringent safety and security protocols.

Some technical experts also mentioned to us that an accidental fire is not usually expected to travel an optimum distance and fall into a foreign territory–let alone one that happens to be the most likely target anyway, given India and Pakistan’s tense historical relations. A defense expert quoted an example of past missile accidents where clamps remained fixed to a missile after the accidental launch, causing the missile to eventually fall at a shorter distance away.

With far greater safety protocols than previously installed “super PALs,” one can only assume that the commander in charge must have removed the mechanical and electronic locks and used the launch codes to fire the missile. There appears to be no other possible explanation unless India’s sophisticated missile system lacks rigorous safety and security protocols. In other words, India’s lower chain of command apparently knows the launch codes, and it would be extremely dangerous in the case of missiles mated with warheads and other cannisterized (permanently armed) missiles. Additionally, it reflects poorly on the training and psychological assessment of the Indian armed forces personnel and raises questions about their intent.

But why would IAF personnel deliberately launch an unarmed missile that aimed for a site of least possible damage? What could they have hoped to achieve? This is where our second argument comes into play.

We argue that IAF personnel might have tried to ensnare Pakistan into mobilizing military forces or simply check the BrahMos missile’s capability to dodge Islamabad’s air defense system. Since IAF personnel arguably operated with a bad motive, they did not activate the military hotline of communication to inform Pakistan. In case of an escalation of the crisis, they likely expected the political leadership in New Delhi to manage and respond.

India’s former civilian and military officials of the Strategic Forces Command (which controls all of India’s nuclear warheads and delivery systems) have revealed to nuclear experts that some of India’s nuclear weapons, especially those designed to be used against Pakistan, remain at a high state of readiness–even in peacetime–and are “capable of being operationalized and launched within seconds or minutes in a crisis.” Additionally, “some nuclear bombs are collocated with aircraft on bases and stored in underground bunkers for rapid mating if necessary” even during peacetime.

As such, India’s supersonic BrahMos and hypersonic Shourya missiles are clearly meant for counterforce purposes. Add to this mix the canisterization of missiles which, in practice, means that warheads are permanently mated with a missile in a tube as opposed to maintaining separation until just before launch. The introduction of Agni-P, a short-range nuclear-capable ballistic and canisterized missile, is a case in point. This would as much reduce the time to launch missiles on alert as diminish the visibility of the movement of warheads. Moreover, increasing digitization of the arming and launching of nuclear weapons would do little to signal to Pakistan that a massive counterforce strategic strike was headed its way within a few minutes. These developments constitute grave consequences for crisis stability in South Asia.

In this context, a larger segment of Pakistan’s strategic community whom we interviewed or whose comments we read, feels that the fired missile was not accidental and that it was instead a deliberate attempt to assess Islamabad’s response spectrum, the types of conventional or strategic forces that Pakistan deploys, and the organizational level at which decisions are made. India could make effective use of this information to materialize its flirtation with counterforce strikes against Pakistan’s strategic forces and command and control system in the future.

To be sure, Pakistan’s rushed military response to the fast-approaching “object” could have caused a serious escalation to disastrous levels. By acting with restraint, Pakistan demonstrated that it is a responsible nuclear power and has an accountable, centralized authority to launch missiles—even after being attacked. Pakistan’s officials told us that the launching of a missile or counterattack is always a political decision taken at the National Security Committee, the prime minister-led decision-making body for issues concerning national security and conventional strategy. For all nuclear issues or a military strategy involving nuclear factors, it is the National Command Authority, chaired by the prime minister, that makes decisions.

Another senior Pakistani official, however, clarified that the restraint was due to the fact that there was no ongoing crisis between the two countries, not necessarily because of consistent and effective surveillance of the missile and its ground-based stations. In a crisis, Pakistan is unlikely to show this restraint and risk a potential nuclear strike on its soil. Therefore, the response from Pakistan would be swift, and the missiles launched in a retaliatory strike could carry nuclear warheads.

While the military restraint on part of Pakistan has earned the country a certain level of praise, Islamabad fared below par in amplifying the rhetoric about the potentially catastrophic incident in a nuclear environment. It could have called the Indian Charge d’Affaires to register strong protest and convened an emergency session with envoys of the United States, the European Union, Britain, China, Russia, and other major powers. Pakistan’s parliament could have unanimously urged the international community to hold India to account for its irresponsible behavior as a nuclear power. Pakistan could also have told the world emphatically that India’s first use of nuclear weapons is a possibility as well as that India’s horizontal and vertical growth in the missile system and its ambitions of a counterforce strike are grave sources of strategic instability in South Asia.

Unfortunately, Pakistan’s media and political institutions did not make much of an issue of the missile incident due to an ongoing domestic political tug-of-war. The world’s major powers also made desultory comments. It is hard to blame the international community alone for the complacency that Pakistan has shown itself amid a budding apocalypse.

Riaz Khokhar is a research associate at Center for International Strategic Studies (CISS) and a former Asia Studies Visiting Fellow at the East-West Center in Washington. Twitter: @Riaz1Khokhar

Pakistan: The next great infrastructure connector

Pakistan sits at the crossroads of the abundant resources of Central Asia and the Middle East, and the lucrative markets of China and India. It therefore has the potential to play a significant connecting role, one that enables broader regional interdependency while boosting domestic economic prospects.

This issue brief details opportunities for cooperation and sources of contestation in US-India data policy. It then recommends that the United States and Indian governments convene bilateral dialogues focused narrowly on achieving tangible, near-term objectives on data policy.