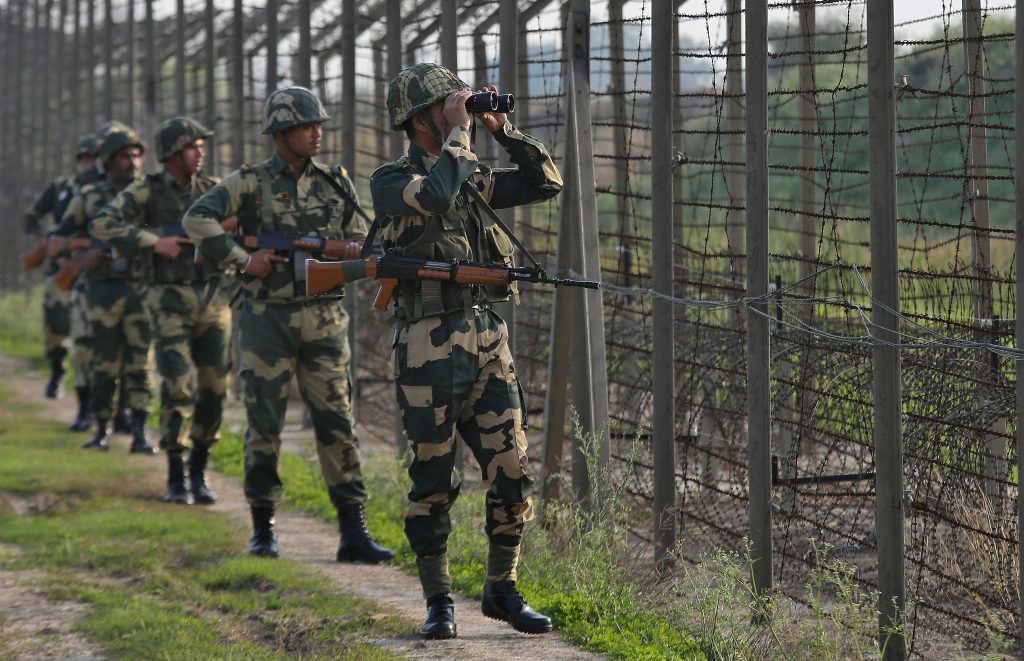 On March 9, 2022, India accidentally fired a missile into Pakistan’s eastern city of Mian Channu, citing technical errors as the reason behind the launch. Delhi subsequently avoided use of the direct military-to-military hotline which the two countries created to streamline deescalation in such scenarios, instead opting to shut down missile systems in hopes of preventing any other launches. As a result, Pakistan nearly responded with a retaliatory strike before realizing that something was amiss, and the situation came within a hair’s width of plunging the nuclear-armed neighbors into a full-scale war.

While the missile damaged civilian property and left no casualties, it infiltrated international and domestic flight paths, a stark reminder of the cross cutting risks associated with defense-related accidents.

Pakistan swiftly condemned the incident and called for a high-level investigation, followed by Director-General of the Inter-Services Public Relations (ISPR) Maj. Gen. Babar Iftikhar cautioning India to take effective measures in avoiding such matters in the future. The Indian Air Force is reportedly reviewing what caused the launch, with Defense Minister Rajnath Singh reiterating that “India gives utmost priority to the safety and security of its missile systems and any gap revealed by the probe will be addressed.” Critics argue, however, that it was an intentional act serving as a test of Pakistan’s air defenses.

Imagine a Russian rocket taking off, heading toward the Arctic, and then veering off toward the continental United States and landing north of San Francisco. Given the hair-trigger world of nuclear rivalries, even if this rocket firing were an “accident” involving an unarmed rocket, it is not hard to imagine an immediate US response with loaded nuclear weapons. Imagine the consequences. Imagine also the furor that it would raise worldwide.

That is what Pakistan and India lived through recently. And, the global silence was loud! The United States punted on the issue with State Department spokesman Ned Price stating, “We have no indication as you also heard from our Indian partners that this incident was anything other than an accident.” In other words, Washington took the words of its ”partner” India over the protestations of its “Non-NATO Strategic Partner” of yore. No international alarms about the dangers of such “accidents” nor any call for verifiable and better safety and safeguards surrounding the handling of nuclear capable missiles, or even calls for rapid information sharing. India proposes to review procedures and fix shortcomings, according to Reuters. But what guarantees that its new and improved systems will work flawlessly? So the danger persists and the mistrust between India and Pakistan festers and grows.

Fueling it no doubt is the possibility that this “accident’ may have been a purposeful means of evaluating Pakistan’s defenses. As Lt. Gen. (retired) Naeem Lodhi, a former architect of Pakistan’s response to the Indian Cold Start program of suddenly attacking Pakistan as well as a former Secretary of the Ministry of Defence, told me: “Modern missile systems have ‘fail safe’ multilayered ‘negative control’ and ‘self-destruct’ arrangements.”

“The intentions were to map the response parameters,” he said.

In other words, how quickly would Pakistan detect, track, and destroy an incoming missile. If that was the Indian aim, it succeeded. Pakistan fell for it. It quickly and publicly presented its capabilities to detect and track a launch across the border. But it failed to shoot down the intruder.

Brigadier Feroz Khan, another Pakistani strategist who was involved in setting up its nuclear weapons program and now teaches at the Naval Postgraduate School in Monterey, California, has “been advocating a formalized strategic restraint regime agreement between India and Pakistan,” stating, “I have strongly promoted establishment of ‘strategic risk reduction’ centers to prevent inadvertence and mishaps of the kind we just saw.” He says that most scholars have dismissed a “bolt-out-of-the-blue” strike in India and Pakistan. But it is expected that both countries manage arsenals in a “non-alert status” in peacetime–that is, the warheads are not mated with the delivery systems. “This event might shatter that confidence and trust” says Khan.

The danger and the inherent distrust between these nuclear armed neighbors remains and perhaps grows, as does the risk of an accidental nuclear war with global consequences.

The world needs to pay more attention to improving nuclear safety and safeguards, as well as to helping these two neighbors build on their current systems of annually sharing information on nuclear installations, by extending that agreement to sharing information rapidly on testing of weapons systems, including “accidental firings.” Replicating the US Nuclear Risk Reduction Center hooked into a global network of more than fifty countries–including India and Pakistan–may be a good way forward for both nations. That is what Brigadier Khan favors.

A couple of Indian strategists agree. Former Indian naval chief and chairman of the Chiefs of Staff Committee Admiral Arun Prakash told me that he favors this approach, too. “While an NRRC-type system can be considered in the long-term, right now we need to initiate a CBM dialogue ASAP, and establish multiple lines of communication to defuse a situation like the recent one,” says Prakash, while bemoaning the fact that India and Pakistan aren’t even on talking terms. His views are echoed by Air Chief Marshal S.P. Tyagi, former head of the Indian Air force. India and Pakistan need to begin talking again to avoid any future misfiring.

When you have only minutes of reaction time to an incoming missile, the risk becomes much greater. Meanwhile, India’s internal inquiry would have greater credibility if it had an international imprimatur. Otherwise, its guarantee will lack credibility.

Shuja Nawaz is a distinguished fellow with the Atlantic Council’s South Asia Center.

Modi faces a critical test in India’s most populous state

2022 will witness one of the most critical Indian elections in recent memory–for the ruling Bharatiya Janata Party (BJP) and for India’s democracy.