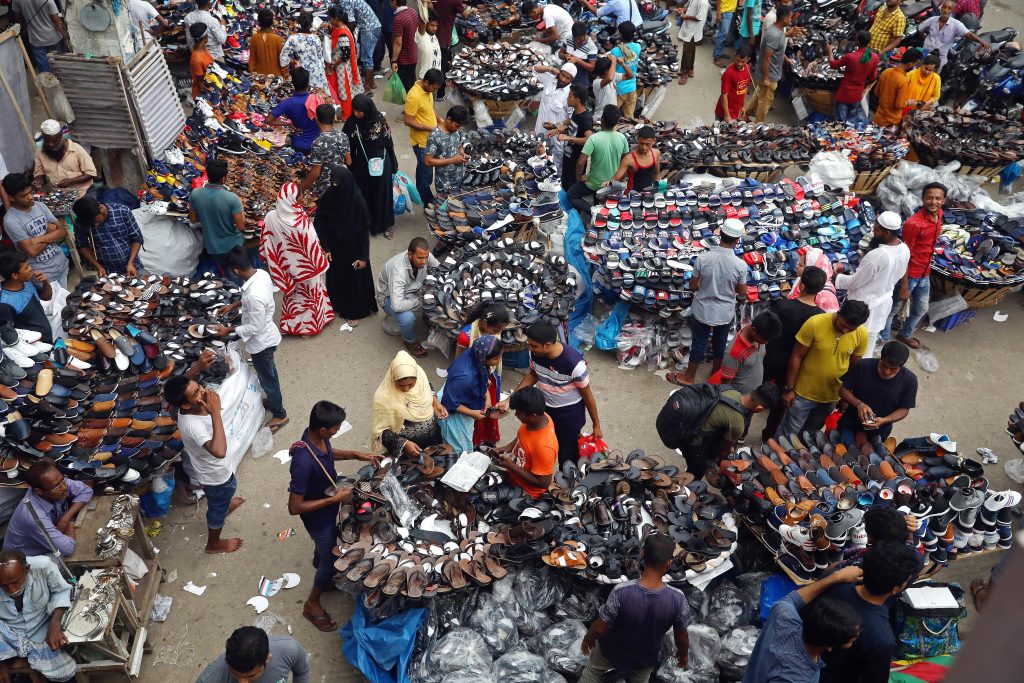 The world sees Bangladesh as a success story and, indeed, it should.

The bustling South Asian nation is frequently cited as a global model for development, economic growth, poverty mitigation, and gender equality. Dhaka has built homes for more than 150,000 destitute families. Its infrastructure has made gigantic leaps with the completion of the historically important Padma Bridge, the expansion of the metro system, and the creation of the Bangabandhu Tunnel. Even more remarkable is the nation’s improvements in digital infrastructure and green energy. The list goes on.

Though Bangladesh is not without fault, the international community has good reason to see it as a constructive, democratic partner in South Asia. Here’s why.

As Moody’s recently stated, Bangladesh’s economy is not in crisis, and the risk of an economic crisis in Bangladesh is also rated as low. The Bangladeshi economy’s growth in recent years is strong and well documented. Its gross domestic product (GDP) per capita has increased eightfold since 1990. Its exports also posted a record high of $52.1 billion in fiscal year 2022.

Bangladesh’s economic boom has brought employment to millions, especially women. Bangladesh ranks first among South Asian nations in women’s enrollment in primary and secondary schools, according to the World Economic Forum. Furthermore, the share of women in Bangladesh’s workforce rose to 36.3 percent in 2017, up from 15.8 percent in 1996. Bangladesh also boasts a gender wage gap of 2.2 percent according to a recent study by the International Labor Organization. As Center for Strategic and International Studies scholar Daniel Runde noted, “Bangladesh’s economy is proof that empowering women works.”

Furthermore, Bangladesh’s financial sector is growing stronger. Dhaka taking out loans in recent years demonstrates strength, not crisis. Healthy, growing economies can and do take out loans. This is particularly true when those economies have faced a pandemic and the ravages of climate change as Bangladesh has. The loans are in-the-course-of-business efforts to keep Bangladesh on its positive economic path.

Bangladesh’s financial condition is stable and it remains creditworthy for the International Monetary Fund. Its debt-to-GDP ratio has been and remains one of the lowest in the world. This is remarkable given Bangladesh’s size in population and economic output. It is one of the world’s most populous nations with more than 166 million people. And, its loan ratio at 40 percent is still well below the internationally accepted upper threshold of 77 percent. Statistics suggest that Bangladesh will remain below that as well, such as continued rising exports, up 34 percent this year compared to last, and strong GDP, increasing this year at a 6.4 percent annual rate. HSBC Bank recently predicted that Bangladesh would be the world’s twenty-sixth largest economy by 2030 due in large part to its sustained GDP growth of 6 percent during the last twenty years.

Bangladesh is experiencing an infrastructure revolution. Padma Bridge, for example, will boost Bangladesh’s annual GDP in the range of 1.3 to 2 percent and link the southwest of the country to the northern and eastern regions, significantly reducing the travel time between Dhaka and major business centers in Khulna, Jashore, and Barisal. In just a few short months since its opening, Padma Bridge has brought in more than $10 million in revenue for the government. That will only accelerate in the coming months and years, providing additional resources for government-led economic programs.

Bangladesh also boasts near-universal electricity throughout the country, a key development indicator. Like other nations including the United States and China, it has had to impose load-sharing measures during times of stress on the power grid. But that does not diminish the impressive accomplishment of getting electricity to some of the most rural parts of the country.

As an example, some critics cite the Bangladesh National Party (BNP) boycotting the 2014 elections—having unilaterally deemed them rigged and invalid—as evidence of political repression by the incumbent government. However, it was in fact the BNP’s violent and anti-democratic behavior that lost it the election to the Awami League, the party of current Prime Minister Sheikh Hasina. In 2014, BNP members instigated violent and destructive nationwide strikes and set fire to thousands of homes, cars, buildings, and businesses. On election day, they firebombed polling booths. 231 people died and a further 1,180 were injured in BNP-backed attacks.

Despite these actions—and with polls indicating an easy victory for the Awami League in 2018—the BNP boycotted the elections, arguing that they were rigged. But observers from India, Canada, Nepal, the South Asian Association for Regional Cooperation, and the Organization of Islamic Cooperation declared the elections free, fair, and peaceful. One can thus infer that the BNP was unable to win legitimately and as a last resort challenged the incumbent government by calling the elections unfair.

The BNP’s dubious intentions go deeper. One of the main reasons it boycotted the elections was because its close political partner, Jamaat-e-Islami, was barred from participating because it is a violent extremist organization that presents a well-documented danger to Bangladesh and its people. Nonetheless, Prime Minister Hasina repeatedly reached out to find a way for the opposition to fully join in the elections, only to be rebuffed.

Though the BNP and its friends regularly repeat false accusations about the validity of the elections, it would be a mistake to confuse the governing party’s popularity and the weakness of Bangladesh’s main opposition with intentional efforts by the government to limit dissent.

Bangladesh has come a long way since 1971

The omissions and half-truths in western coverage of Bangladesh are disheartening. They play into a caricature of the country long ago when, at its inception, it faced extreme weather events, food shortages, and myriad other seemingly insurmountable challenges. Westerners will remember Beatle George Harrison’s Concert for Bangladesh in 1971, demonstrative of the severity of the intersecting crises that the young nation faced.

That, however, was then. Now, it’s a very different story.

Bangladesh has been praised for graduating into the lower-middle income class of nations. It has a standout economy not just in Asia but by comparison with the rest of the world. Bangladesh recently surpassed India in GDP per capita, too. And it has, for the better part of a decade, eclipsed Pakistan’s economy.

To be sure, Bangladesh is not perfect. Dhaka has work to do to lower poverty rates. Though it has been honored for its extensive work in combating climate change—particularly given its many square miles of land at or below sea level, in a turbulent part of the world for weather events—more work needs to be done there as well. Nonetheless, Bangladesh has all of the economic and social fundamentals in place to achieve most of the UN’s seventeen Sustainable Development Goals by 2030. It also is on track to achieve the standards for a higher income country by 2041, also as determined by United Nations metrics. This is an astounding accomplishment in just fifty years as an independent nation.

There is a reason that other global south countries can—and do—draw inspiration from Bangladesh. It has witnessed the rare postcolonial “rags-to-riches” story, emerging from tragedy and transforming into an economic and democratic power. One can only hope that the international community sees the new Bangladesh as the bustling and successful nation it is.

Professor Mohammad A. Arafat teaches at the Dept of Strategic Management and Policy, School of Business, Canadian University of Bangladesh; is Founder and Chairman of Suchinta Foundation; and Director of the Institute of Conflict, Law and Development Studies.

Bangladesh’s economic crisis: How did we get here?

Bangladesh’s economic and financial crisis was paved by the policies of the Hasina government and an unaccountable system of governance of the past decade.

An interview between Rudabeh Shahid and Ronan Lee to discuss the difficulties in conducting the study and current book ban in Myanmar, post-coup Rohingya conditions, and wider repercussions for the South Asian region.