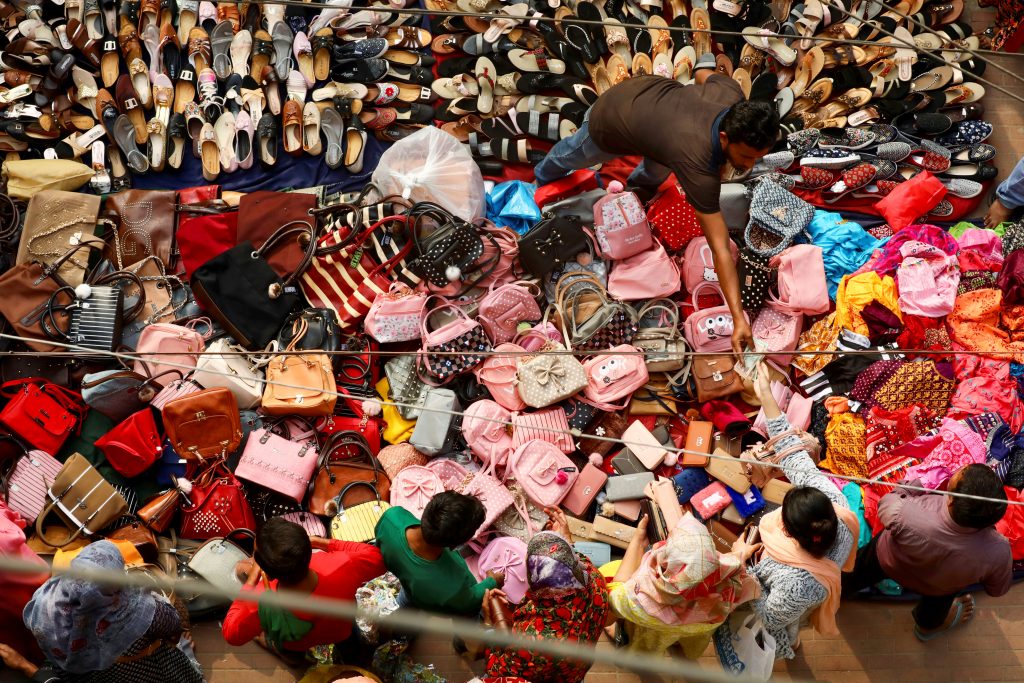 The International Monetary Fund (IMF)’s willingness to support Bangladesh’s request for a $4.5 billion bailout package over the next three years confirms that the country’s economy is facing a serious crisis.

It is the third country in the region, after Sri Lanka and Pakistan, that knocked on the door of the IMF in recent months. While the economic crises in Pakistan and Sri Lanka were widely reported in international media, Bangladesh’s situation flew under the radar for quite some time thanks to the government’s repeated denial of any impending crisis. Bangladeshi Prime Minister Sheikh Hasina’s government—for years—touted the economic success of the country and recently celebrated the opening of Bangladesh’s largest bridge as a symbol of its self-reliance.

The government claims that its request for “budget support,” an unrestricted loan with low interest which allows it to use the money as it wishes, is a preemptive measure and that the economy is not, in fact, in trouble.

This could not be further from the truth.

Dhaka’s search for financial support is not limited to the IMF. Besides requesting from the World Bank a one billion dollar loan, an estimated $2.5-3 billion have been solicited from several multilateral agencies and donor nations (such as the Japan International Cooperation Agency, or JICA) just this year.

Furthermore, considering that ongoing austerity measures including power cuts, restricted use of foreign currency, and fuel rationing are yet to make any major dent in the crisis, the government’s claim—that the country will weather shrinking foreign exchange reserves, a growing trade deficit, record inflation, daily depreciation of the local currency, and an intense energy crisis—is doubtful. As the IMF and other multilateral agencies open their purses to Bangladesh, it is also imperative to understand how the country arrived here.

The journey can tell us where the solution lies

Dhaka would like everyone to believe that the economic slowdown from the COVID-19 pandemic and the global impact of the Ukraine-Russia war are to be blamed for its current plight, but this only tells part of the story. The following statistics paint a far more worrisome picture:

This information reveals two things—that the fallout from the pandemic should have been addressed in the past year with significant support from external sources, and that the government has been taking loans in recent years despite claims of robust economic growth.

What, then, prompted Bangladesh’s economic and financial crisis?

External factors notwithstanding, four domestic areas tied to government policies can be identified as sources of the present crisis:

Unsustainable infrastructure spending
Since coming to power in 2009, the Hasina government has undertaken several large infrastructure projects funded by various countries and multilateral agencies. These projects include the Padma Bridge, a nuclear power plant in Rooppur, Dhaka City Metro Rail, and Karnaphuli Tunnel, to name a few. Padma Bridge, one of the largest projects in the country, cost about $3.6 billion, which was previously estimated to be $1.16 billion in 2007. The ambitious nuclear power plant is costing Bangladesh $12.65 billion, and the actual amount to be spent will not be known until it is commissioned. The Metro Rail project ballooned to $3.3 billion from its original estimate of $2.1 billion. The cost of the underwater Karnaphuli Tunnel reached $1.03 billion, though originally estimated at $803 million.

Unfortunately, these are not exceptions, but patterns. In 2017, the World Bank noted that the cost of road construction in Bangladesh was the highest in the world. The cost overrun is largely because of overpricing of materials, corruption, and long delays.

Loan defaults and banking malpractice
In addition, the banking sector, which has been in the news for quite some time, is crippled by large scams and non-performing loans. In 2019, when the Central Bank claimed that the total amount of defaulted loans was $11.11 billion, the IMF disputed this, saying that the true amount is more than double. The current official figure has been questioned by many on several grounds, however.

There is an explanation for this discrepancy—bad loans can be easily manipulated and hidden through write offs and changing the official definition of “bad loans” to skirt regulations.

In simple words, the Central Bank is alleged to have “cooked the books,” both in hopes of providing a rosy but inaccurate picture, as well as to benefit the incumbent and her inner circle. Corruption watchdog Transparency International Bangladesh said that “immense political pressure and illegal intervention by some large business groups” are the causes of an unabated increase in loan defaults.

This is not a new phenomenon, and though experts have been warning of such a situation for years, the Central Bank has not taken effective steps, instead changing policies to help the loan defaulters.

Corruption in the power sector
In March 2022, the government celebrated its success in extending electricity coverage to the entire country. This, however, came at a high price.

The associated increase in electricity generation was largely due to the establishment of Quick Rental Power Plants (QRPPs) in the private sector. In 2009, it was said that these units were stopgap measures until a comprehensive, long-term solution was found. Increasingly, though, these units have become the mainstay of electricity generation, and not without suspicious beneficiaries.

In the past decade, the power sector received huge subsidies—between 2010 and 2021, the Power Development Board received $7.1 billion, while the Bangladesh Petroleum Corporation received three billion dollars between 2010 and 2015. Notably, this occurred while the prices of electricity and fuel hiked for consumers. Furthermore, the capacity charge provisions included in the contracts with Independent Power Producers, Rental Power Plants, and QRPPs force the government to pay these companies even when they did not provide any electricity.

These units are owned by companies connected to the government who are milking the system to their benefit. In the past decade, twelve companies received $5.5 billion as capacity charges. Additionally, the government has signed agreements with Indian energy company Adani which would require Bangladesh to pay annually $423.29 million and $11.01 billion over its lifetime of twenty-five years as capacity for its energy supply.

Capital flight
In the past decade, as rampant corruption allowed a small group of people to amass large sums of money, Bangladesh witnessed widespread money laundering according to watchdog Global Financial Integrity. Between 2009 and 2018, annually $8.27 billion was siphoned through mis-invoicing of the values of import-export goods. The growth of deposits by Bangladeshis in Swiss banks in the past decade is indicative of capital flight. In 2021, it increased by 55.1 percent, reaching 871 million Francs ($912 million).

While these factors have contributed immensely to the unprecedented crisis Bangladesh is facing, I am neither suggesting that there are no other reasons, nor implying that they are mutually exclusive. Instead, these areas are intrinsically connected to the incumbent’s development policies and ideology. Therefore, Bangladesh’s pathway to the current economic crisis—leading to its arrival at the doorstep of the IMF—did not result solely from the pandemic and the Ukraine crisis. Instead, it was paved by the economic policies of the Hasina government and an unaccountable system of governance of the past decade.

Two consecutive fraudulent national elections, held in 2014 and 2018, have created a de facto one party system with no checks and balances. As international lenders such as the IMF negotiate more loans for the current government, donors should understand that throwing more money at Dhaka will not bring an end to the crisis.

A bailout will only act as a bandaid. It may stop the bleeding for the moment, but there is no guarantee that it will magically solve the crisis without reforming an economic system tied deeply to the regime’s self-interested political vision.

An interview between Rudabeh Shahid and Ronan Lee to discuss the difficulties in conducting the study and current book ban in Myanmar, post-coup Rohingya conditions, and wider repercussions for the South Asian region.