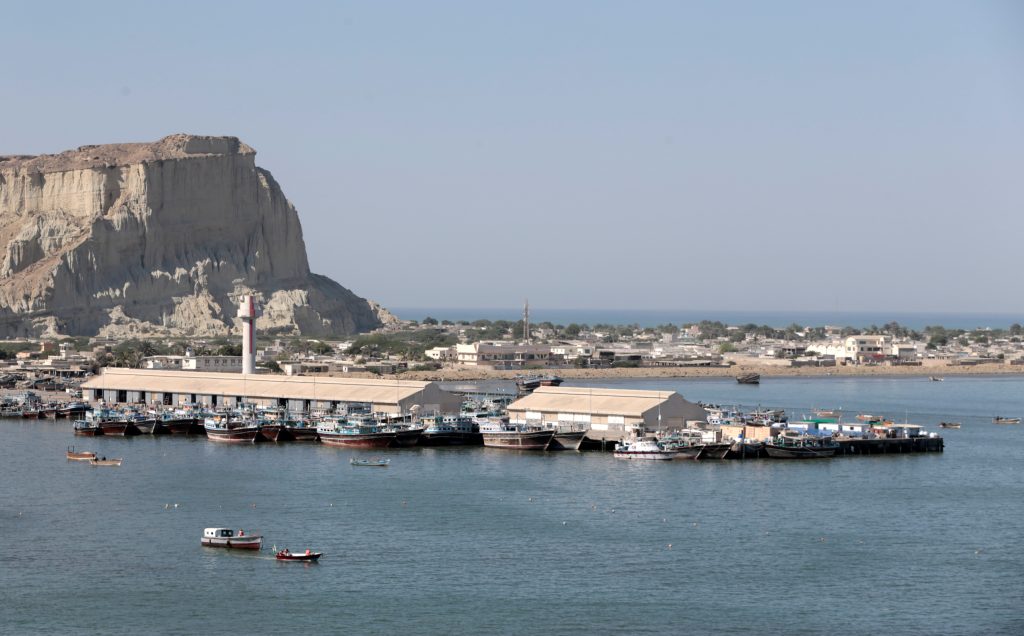 Pakistani Prime Minister Shehbaz Sharif and his government’s top ministers visited China last week with the stated goal of revitalizing the China-Pakistan Economic Corridor (CPEC). In a column published in China’s Global Times last Sunday, Sharif spoke of the two countries’ ties as having a “unique strength, enduring permanence and unfathomable trust.” The effusiveness of this language reflects a long-standing consensus amongst Pakistan’s ruling elite on the importance of ties with what is today the world’s largest economy. However, while CPEC has almost ritualistically been labeled a “game-changer” in Pakistan, the country’s leadership has done little beyond paying lip-service to learning from the “China Model” of growth for Pakistan’s betterment.

Now into its tenth year, CPEC has delivered the most ambitious upgradations to Pakistan’s physical infrastructure in more than a generation, with new power plants, roads, and trains being constructed at unprecedented speed and scale. At the same time, there is an increasing perception that the upgradation of Pakistan’s “software” has lagged behind its shiny new “hardware.” This mismatch was showcased strikingly last Monday, when Pakistan approved impressive new transport projects under CPEC. This occurred, however, in an emergency meeting of the country’s apex economic planning body that based approvals on four-month old currency exchange rates and ignored a lower body’s earlier directive to revise project plans.

Rolling out new projects without core reforms in Pakistan is akin to planting seeds in infertile lands.

As CPEC enters its second phase, each side needs to review how they can improve the program’s effectiveness for mutual benefit. Pakistan needs to learn more about what China got right in the late 1970s through the 1980s. The year former Pakistani president and dictator Zia ul-Haq grabbed power (1977), China’s income per capita was half that of Pakistan’s. Within the decade, the two were identical. Nearly half a century after the death of Chairman Mao Zedong, those lessons are sufficiently well documented that the basic contours of Deng Xiaoping’s reforms are easy to learn from.

So, what specific lessons can Islamabad learn from Beijing?

CPEC’s success is contingent upon a strong export economy

Pakistan must ask why its exports are half those of peer countries (in proportionate terms). Speaking in 1984, Deng said, “no country that wishes to become developed today can pursue closed door policies.” Exports must be encouraged through providing competitively priced energy, reducing opportunities for inefficient import-substitution industries, reducing disruptions to our supply chains from political events, and upgrading the country’s trade missions. Without such reforms, Pakistan cannot sufficiently benefit from the trade possibilities created by CPEC.

An educated and trained workforce is key to growth

Deng embarked on the “Four Modernizations” of agriculture, industry, defense, and science & technology. Within five years of his historic visit to the United States, the number of Chinese students studying there rose from zero to fourteen thousand, with two-thirds studying the sciences. That policy of gradual increases in the education of China’s labor force continues today: between 1999 and 2009, China increased post-secondary enrollment by 600 percent, and college education amongst urban workers by more than 60 percent.

Writing in 1922, the Chinese philosopher Feng Youlan observed that “(w)hat keeps China back is that she has no science.” Yet, by the time of Deng’s modernization, China had already laid the foundations of a culture that emphasized the importance of science in the country’s progress. Pakistan’s leadership must understand that simply liberalizing markets or establishing Special Economic Zones will not result in Chinese-style growth unless both higher education and workforce training are attended to.

Expanding the number of Pakistani students studying science in China would be a good place to start.

Taxation and spending must be more decentralized

China has been one of the world’s most fiscally decentralized countries since the Great Leap Forward in the late 1950s. Today, local governments in China (with average populations similar to smaller Pakistani tehsils, or district sub-divisions) make 85 percent of the country’s spending decisions and raise nearly half its taxes. In contrast, less than 16 percent of Pakistan’s provincial expenditures are financed by revenues raised by the provinces.

University of Michigan political scientist Dr. Yuen Yuen Ang argues that this fiscal decentralization served two useful purposes in China. First, allowing subnational governments to raise their own funds meant that public spending could outpace improvements in China’s tax machinery. Second, because subnational governments were allowed to spend some of the money raised through levies and service fees on their workers, bureaucrats were incentivized to establish business-friendly practices since they shared in the value created as business flourished.

There has been much hand-wringing in Pakistan about the Eighteenth Amendment to the country’s Constitution, which devolved many service delivery functions and revenue to provincial governments. While the broad principles of that Amendment were sound, it failed to push provinces to devolve powers further to smaller sub-provincial units and incentivize provinces to invest in tax collection.

Relatedly, China successfully created healthy competition between subnational governments, and bureaucrat career prospects were linked to whether their region outperformed others. Creating a similarly competitive environment for regions and officials will be key for Pakistan to improve the productivity of its public sector. Additionally, the bureaucracy must become more specialized, so officials can apply sector-level learnings to be more effective. At the moment, top Pakistani bureaucrats are rotated excessively. To quote just one prominent example, one official has over the last decade served as a top executive in running a power plant, in running the affairs of a province’s agricultural services, in tending to its schools, and in building metropolitan roads!

The poor quality of Pakistan’s government capacity directly impacted how CPEC has unfolded already. In 2017, a senior government official projected that 4 percent of global trade—which, for context, is equal to one-third of China’s international trade or twenty-five times that of Pakistan’s—would pass through CPEC routes by the year 2020, and that the resultant transit fees would more than pay for CPEC-related liabilities. That trade, of course, remains a trickle. Pakistan’s unrealistic projections about how CPEC would unfold has created financial liabilities as well as adverse implications for the continued progress of this agenda.

Moving forward, Pakistan needs to strengthen government plans and projections with a special focus on CPEC-related ones. One way to do this is for China to scrutinize CPEC plans more strictly—asking tough questions—and then the two countries might subsequently agree to have China train a core of CPEC managers on the Pakistani side. China could also consider creating conditionalities for Pakistan to “graduate” to increasingly greater CPEC support by meeting reasonable goals along the way. Ultimately, the two countries’ interests are perfectly aligned in ensuring CPEC’s long-term sustainability and financial health. Chinese officials have reportedly already asked why Pakistan insisted on more power plants in CPEC’s first phase without a plan to raise exports that would have allowed it to pay for the plants.

These concerns should be raised more forcefully and earlier in the process.

State-owned enterprises should also compete with each other

China did not increase healthy competition amongst regional governments and bureaucrats alone, but also amongst its state-owned enterprises (SOEs). These enterprises make up about a quarter of China’s economy, and although their profitability is half those of private Chinese companies, they have not proven to be laggards, having built most of China’s modern infrastructure. China’s secret to success here appears to be what it refers to as “orderly competition.” This is thought to comprise two components. First, China tries to ensure that there are at least two viable SOEs in any sector that compete with one another for business. Second, it appears to reallocate human and capital resources across these firms in order to ensure that the SOEs remain competitive with one another.

The contrast with Pakistan’s own SOEs couldn’t be more stark, and the country’s leadership would do well to pay attention to how China has built its public sector. On the Chinese side, while SOEs are managed to compete in the domestic market, they do not always compete in Belt and Road Initiative (BRI) projects, with BRI regions and countries often being engaged with by a single Chinese contractor. While expedient, this lack of contestability is likely to reduce the efficiency of BRI investments.

Together, China and Pakistan should seek to ensure that the spirit of orderly competition remains alive in CPEC.

Islamabad must solidify its legitimacy and monopoly on power

Finally and most crucially, China established the state’s writ and created stability long before it embarked on economic reforms. In his 2006 memoir In the Line of Fire, former Pakistani president and dictator Pervez Musharraf narrated the advice he received from Premier Zhu Rongji: “Investors, he said, are like pigeons. When a government frightens them with poor decisions, they all fly off together. When the government improves its policies to attract them back, they return only one by one.”

As ongoing events attest, no significant power center in Pakistan appears to have learned this lesson yet.

Chinese reforms after 1978 have yielded, by some estimates, an average of 4.2 percent higher gross domestic product growth over a sustained period, transforming the country. There is no reason Pakistan can’t tread the same path, but this requires the country’s leadership to move beyond its current fixation with Chinese hardware to learn the real lessons that China offers.

Dr. Ali Hasanain is an Associate Professor of Economics at the Lahore University of Management Sciences (LUMS) and a non-resident senior fellow at the Atlantic Council’s South Asia Center.

Keynote address of Masood Khan, Ambassador of Pakistan to the United States, at the 2022 Conference on the Future of the US-Pakistan Relationship

Masood Khan, Ambassador of Pakistan to the United States, joined the Atlantic Council’s 2022 conference on the future of the US-Pakistan relationship to give the keynote address.

State capacity and support for the Tehreek-i-Taliban Pakistan

Violent, criminal, and terrorist organizations’ functioning and success often rely on the support of the population in which they operate. Some scholars have hypothesized that to gain and maintain this vital support, violent organizations engage in the provision of goods and services.