Optimistic predictions about the end of the Islamic State (ISIS) surged in the wake of US President Donald Trump’s October 27 press conference announcing the death of the ISIS leader Abu Bakr al-Baghdadi, but prove misguided in the long term. The threat posed by ISIS remains high, particularly outside the para-state’s previously held territories in Iraq and Syria (to say nothing of affiliated organizations from Libya to the Philippines). The death of Baghdadi is highly unlikely to significantly impact the organization in any substantive manner.

Initially, ISIS supporters remained quiet across social media platforms, a silence interpreted by many analysts as indicative of “chaos inside what is left of the leadership.” Within four days of Trump’s announcement, however, official statements released by ISIS simultaneously confirmed Baghdadi’s death and named his successor Abu Ibrahim al-Hashimi al-Quraishi, belying claims by US military forces that it leveled the compound. Trump claimed that US troops also neutralized Abu al-Hassan al-Muhajir, alleged to be the member likely next in line for Baghdadi’s position.

Premature triumphalism in public discourse surrounding the ISIS leader’s death, most critically, obscures the very real threat posed by the group. These optimistic assessments fail to accurately account for the organization’s resilience and strategic objectives. It also fails to understand the group as one that actively learns from, and dynamically adapts to, changing situations on the ground—as well as the mistakes of previous non-state armed groups—such as its predecessor al-Qaeda.

Unlike al-Qaeda’s gradualist approach to awakening and subsequently mobilizing Sunni Muslims for the end goal of establishing a caliphate, ISIS will continue to exert considerable appeal among sympathizers, given the achievement of claiming and controlling territorial holdings for an extended period. Further, the threat posed by ISIS has never been confined to an exclusively territorial theater of combat; rather, what some dub “the virtual caliphate”—i.e. the idea—remains viral, very much alive, and highly unlikely to dissipate any time soon.

The mistakes of al-Qaeda contribute to the threat ISIS continues to pose. Among other lessons ISIS drew from predecessors, the group proves far more resilient to decapitation strikes due to an organizational structure purposefully designed to provide not simply one, but in many cases, numerous potential successors in the event of a key operative’s death. In contrast to al-Qaeda’s delayed announcement of Osama bin Laden’s death, and the six weeks elapsed before the group settled upon a successor, within four days of Baghdadi’s death, official propaganda channels crowned Quraishi in conjunction with appeals for the immediate renewal of loyalty pledges from affiliate organizations.

Al-Qaeda’s highly centralized, upper-echelon leadership presided over a loose network of dispersed cells and was quickly driven to fragmentation after the US invasion of Afghanistan in 2001. However, the Islamic State’s territorial control and reason for controlling sister-city capitals in both Raqqa and Mosul, is partially for durability. It intentionally created a supranational spread that renders regrouping possible in the future; should the security situation on the ground deteriorate.

Perhaps the most critical lesson ISIS drew from al-Qaeda’s missteps—and one that continues to elude many analysts and pundits—concerns the issue of leadership visibility. The identity of Baghdadi eluded many intelligence specialists in the United States, a single photo from his detention in American run-military prisons as the most readily verifiable biographical information about the notorious ISIS leader. 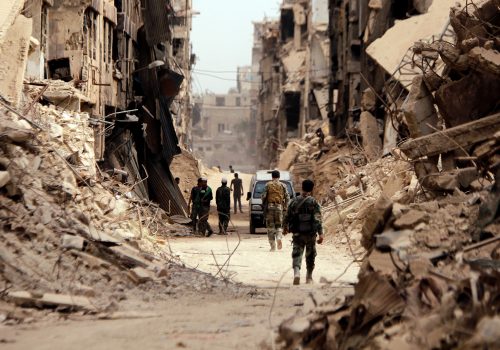 From the beginning, ISIS took considerable security measures to obscure Baghdadi’s identity. Within the organization, even high-level leadership rarely saw Baghdadi in person; even in such rare instances, he appeared with face covered—practices that partially account for his nickname “the Ghost.” Moreover, ISIS propaganda deliberately downplayed the caliphal figurehead of Baghdadi—unlike much of al-Qaeda’s communications, in which the publicity-hungry leader serves as the charismatic face of the organizational cause.

While Bin Laden issued numerous “proof of life” videos upon reports of his death—as well unprompted, on many other occasions—Baghdadi appeared in visual formats merely twice: the 2014 Ramadan address at Mosul’s Great Mosque of al-Nuri, in which Baghdadi proclaims himself caliph of the Islamic State, and a short video clip released by ISIS-affiliated media five years later, in April 2019. Thereafter, Baghdadi’s only communications—themselves few and far between—appeared in sporadic audio releases.

Certainly, Baghdadi exerted a certain appeal for some in the ranks, but it is the very idea of the caliphate itself that served—and will continue to do so—as the primary influence and significant draw for sympathizers of the Islamic State. Indeed, long before the declaration of a caliphate or Baghdadi’s ascension to the helm of predecessor organization Mujahideen Shura Council (MSC), ISIS shrouded Baghdadi in mystery to such an extent that many within the US military, MSC membership, and rival organizations wondered if any such leader existed at all.

This deliberate decision to relegate the key figurehead to the background will enable the Islamic State to sustain itself in the future.

In the wake of naming Baghdadi’s successor, the ISIS announcement drew similar speculation. If the organization’s history proves anything, expect the same careful obfuscation of any identifying information that provide biographical detail for Quraishi.

This deliberate decision to relegate the key figurehead to the background will enable the Islamic State to sustain itself in the future. Beyond territorial control, the group’s preference for the idea of a revived caliphate, rather than leadership, ensures the threat of ISIS will continue. This continuation is likely to be a viral contagion contingent on no singular individual, or organizational capacity for kinetic operations.

The separation of territorial control and leadership loyalty from the idea of the caliphate, in fact, enables us to make key predictions about the post-Baghdadi future of ISIS. Languishing in a northern Iraq prison, unrepentant ISIS fighter Muhammad Hasik dismissed the death of Baghdadi as insignificant, predicted upcoming attacks on European soil, and concluded that the so-called caliph’s neutralization makes “no difference,” as “the people exist. The people are there. . . It’s more dangerous than before.”

Not only have attacks in the so-called West increased alongside territorial losses incurred by ISIS—as predicted—and are highly like to continue, but the central objective of such operations remains the eradication of the “grayzone,” a phrase used by the group in reference to spaces of coexistence between Muslim and non-Muslim. ISIS attacks in non-Muslim majority nations are expressly intended to create blowback for, and incite attacks against Muslim citizens in those countries.

This strategic approach to divide-and-conquer should be familiar to the United States military planners as Abu Musaab al-Zarqawi—the founder of al-Qaeda in Iraq, the closest organizational branch—successfully pioneered such communitarian attacks during the US occupation. In the process, it transformed an insurgency into a prolonged, sectarian civil war—the ensuing cyclical revenge violence opening up a space from which the Islamic State would later emerge.

No longer confined to Shia versus Sunni conflict, ISIS has taken what this author terms “Zarqawi 101” and simply globalized it. The “ghost” of not only Baghdadi, but Zarqawi, lives on. Under the leadership of Quraishi, we should expect much of the same.

Former US President Barack Obama neutralized Bin Laden, but did not eradicate al-Qaeda. Nor will President Trump’s successful assassination of Baghdadi destroy ISIS. The Islamic State has learned considerably well from the mistakes of the past—and it is high time the United States do the same: learn from history, lest we be doomed to repeat it, and the hydra will only continue to grow.

Atlantic Council experts respond to the death of ISIS leader Abu Bakr al-Baghdadi, and unpack its implications on the future of ISIS and US counterterrorism efforts going forward. 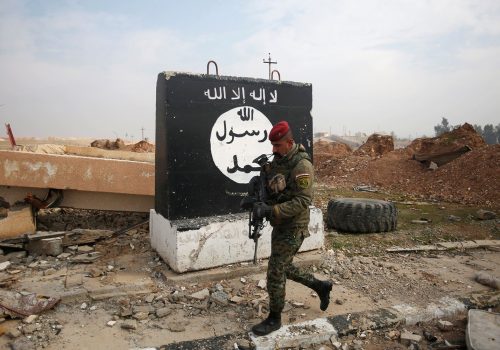 Five takeaways from the death of Abu Bakr al-Baghdadi

This is a serious but not fatal blow to the Islamic State, and the generational conflict against Salafi jihadist organizations is far from over. The Islamic State’s center of gravity will increasingly be its narrative pull rather than its claim to represent a governing caliphate. 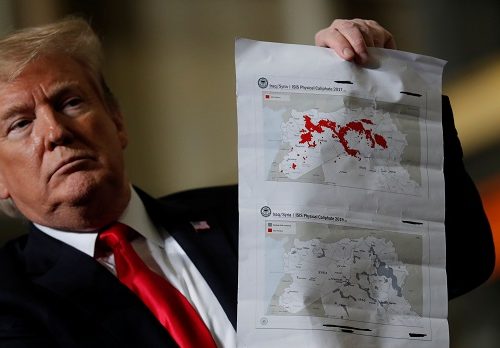 New rules of engagement needed as ISIS remains and adapts